Contents
‘The essence of ambition’Positive impact 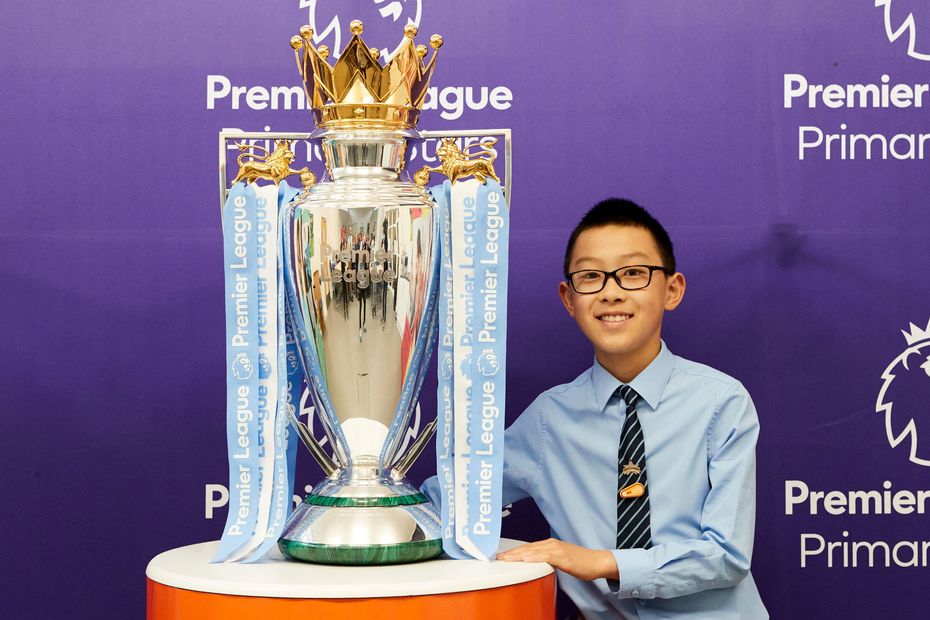 When 10-year-old Jonathan from Engayne Primary School in London sat down to write a poem called “Unstoppable” for the Premier League Writing Stars poetry competition, little did he know that a dream would come true.

As a reward for his hard work, the young poet had a day to remember when he and his school last week received a visit from both the Premier League Trophy and hip-hop artist and poet Karl Nova.

“I’ve never seen the Premier League Trophy so it’s a different sensation for me,” said the Year 6 pupil. “It’s been really fun.

“I just wrote down a poem and then somehow it just became national winner, it’s just so weird. It feels really sensational that I won this big competition.”

Jonathan’s poem was selected from hundreds of entries to be the national Key Stage 2 winner of the PL Writing Stars competition, which this year focused on the theme of ambition.

“Being able to win a competition related to the Premier League is big and a really good achievement that I can use in later life,” he said.

“For me ambition is to keep on persevering, keep on deciding what you want to do and never give up. Even if other people say, ‘you’re not good at this’ or ‘you shouldn’t be this’.

“Ambition was a really important thing to me and the poem just came from the heart.”

Jonathan, who wants to become an architect when he is older, is hoping that his PL Writing Stars success will have a lasting impact on others at the school.

“Some of my classmates that I know really like to write things and create stories,” he said. “I think that my achievement might inspire them to do poems as well.”

‘The essence of ambition’

As part of the visit, Nova, who was part of the PL Writing Stars judging panel alongside Waterstone’s Children’s Laureate, author and illustrator Cressida Cowell and former Leicester City footballer Wes Morgan, led a literacy class as well as speaking about the importance of writing.

And he also explained why Jonathan’s poem stood out from the crowd.

“There were a lot of really good entries but when my eyes fell on Jonathan’s poem, I don’t know, there was something about it that was so alive,” he said. “I was like, ‘this is the one!’

“We all agreed that this guy captured the essence of ambition and the idea of achieving, which I know is one of the Premier League’s top values.”

“This is amazing. What the Premier League are doing is much more than football.”

The competition is supported by the National Literacy Trust and is part of the Premier League Primary Stars curriculum-linked education programme.

Engayne Primary is one of more than 18,000 primary schools that have engaged with the programme, which is delivered by 110 professional football clubs across England and Wales.

“Before this I didn’t know the Premier League were as involved in the community in this way,” Nova said.

“This is amazing, what the Premier League are doing is much more than football. It’s affecting young people and your community in a very positive way.”