SHARE
Contents
Villa’s No 10 is the man with the most chances created in the entire division Plenty of top-quality teams will be after Jack, will he stay? Villa are pushing for European qualificationWould you stay in Jack’s place?

Jack Grealish is enjoying the best season of his life. Aston Villa captain seems to be living his dreams these days. He is the main man, the talisman of his boyhood team, the one he adores. He managed to leave the team in the top flight of English football with a stunning display on the last day of the season in the previous campaign. 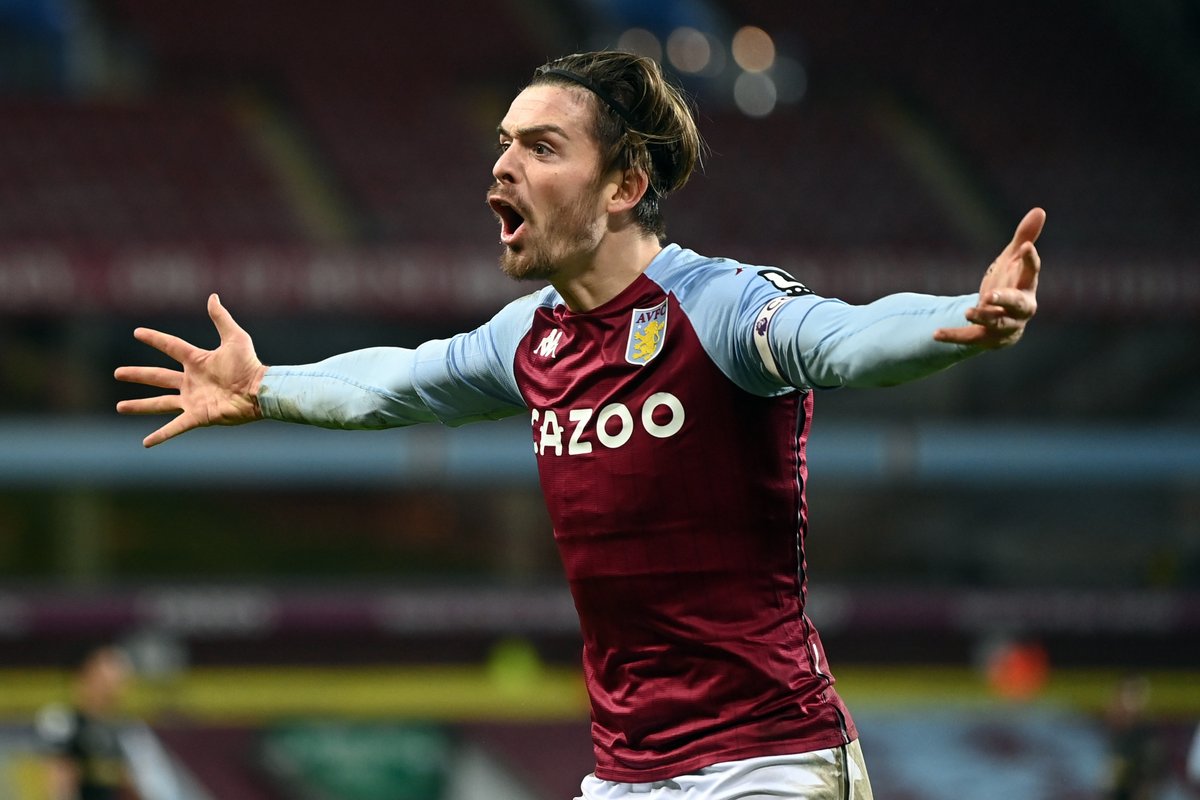 The team received a money injection from the owners before the start to the 2020/21 season. Dean Smith took the most of it as Aston Villa were strengthened by the arrivals of Ollie Watkins, Ross Barkley, and Emiliano Martinez (among others). These three players have made a tremendous impact so far in the season, each in his own way. At the same time, they have all helped Jack Grealish become the main player not just in Aston Villa, but in the whole league.

Jack Grealish has already surpassed his records for the whole previous season at the halfway point of the 2020/21 campaign. He has six goals and ten assists to his name after 21 appearances in this term of the Premier League. With such statistics, it is not hard to understand how the team which had barely avoided relegation last season pushes to the European qualification this time around.

Plenty of top-quality teams will be after Jack, will he stay?

Manchester United have been after Jack Grealish for so long, as reported by John Pentin, football transfer market at BettingTips4You.Com. They, however, seem to have missed the train and the opportunity to sign him for less than 40 million pounds. Villa’s talisman has signed a new contract recently, meaning that nobody can take their star man without paying at least 100 million pounds. Looking at his performances from this season, it is still a bargain as we can only imagine what such a player could do in a bigger team.

Villa are pushing for European qualification

Grealish is just entering his prime years. He has only exploded this season. He has a genuine chance to take Villa into the top six in the Premier League standings come May. The Lions sit 9th after 21 rounds but have two games in hand on most of the league. They were also unlucky to get away with nothing from matches against Burnley and West Ham recently.

We just can’t understand how the Villains failed to see off Clarets at Turf Moor. It was probably Grealish’s best performance of the season. He combined beautifully down the left flank with the likes of Matt Targett and Ross Barkley, preparing several fantastic chances for Bertrand Traore who missed them all. Jack then had a magnificent solo run where he defeated at least four Burnley defenders before being denied by Pope. Minutes later, he scored the leading goal for Villa after a beautiful one-two with Douglas Luiz. If you haven’t watched the game, we’d warmly recommend you to check the highlights (Burnley v Aston Villa 3-2). The whole spectrum of Jack’s qualities can be seen in that single affair.

Would you stay in Jack’s place?

Despite the hefty price tag, Villa will certainly receive plenty of offers for their captain. Will he accept them, though? Villa do not need money. They are in a great position at the moment. Jack is living his dreams with the club he supports. He has several high-profile players around him and Aston Villa could potentially become the next Leicester in the years to come. After all, look at Jamie Vardy! He is still among the Foxes, and about to take them into the Champions League once again. Can Jack Grealish do the same with Villa?