Chelsea boss Thomas Tuchel wants club chiefs to make an “immediate” move to sign Norway striker Erling Braut Haaland from Borussia Dortmund, but the German club are planning to still have him at the Westfalenstadion next season as they are demanding 175m euros (£150m) for the 20-year-old this summer. (Bild – in German)

Manchester United are not working on a player swap deal to bring England striker Harry Kane, 27, to Old Trafford from Tottenham. (Sunday Express)

Chelsea have contacted Rennes about a move for 18-year-old France midfielder Eduardo Camavinga, who is also wanted by Manchester United, Arsenal and Real Madrid but is said to prefer to stay in France with a potential transfer to Paris St-Germain. (Le Parisien – via Sun on Sunday)

Everton manager Rafael Benitez is keen to recruit a right back, with the Toffees looking at Norwich City England Under-21 international Max Aarons, 21, and Dutchman Denzel Dumfries, 25, from PSV Eindhoven. (90mins)

Napoli will do all they can to sign Chelsea’s 26-year-old Italy defender Emerson Palmieri from Chelsea, who Luciano Spalletti has identified as a top target this summer. (Corriere dello Sport – in Italian)

West Ham have moved to pole position in pursuit of Chelsea’s 23-year-old striker Tammy Abraham, with Aston Villa previously favourites to sign the England international while Wolves and Borussia Dortmund have both also been linked with him. (Football Insider)

Burnley are working on a £13m bid for Lyon’s 24-year-old Ivory Coast defender Maxwel Cornet, who is also wanted by Hertha Berlin. (Sun on Sunday)

Tottenham could make it difficult for Real Madrid to sign France defender Jules Kounde from Sevilla, with Spurs willing to offer as much as £51m for the 22-year-old which would be beyond what the Spanish club could spend. (Sport)

Chelsea have also declared an interest in Kounde and may try hijack Spurs efforts sign him in the summer. (Eldesmarque, via Sun on Sunday)

Former Real Madrid boss Zinedine Zidane, 49, will snub offers to return to club management and will instead hold out to one day potentially succeed 52-year-old Didier Deschamps as France manager. (L’Equipe – via ESPN)

The completion of France striker Olivier Giroud’s move from Chelsea to AC Milan in imminent, with the 34-year-old agreeing a two-year deal with the Italian club. (Le Parisien – in French)

Karim Benzema, 33, will stay put at Real Madrid even if the Spanish club manage to sign his French strike partner Kylian Mbappe, 22, from Paris St-Germain this summer. (Marca)

Watford are keen to sign Denmark defender Jens Stryger, 30 from Udinese, the Italian club owned by the Pozzo family who are majority shareholders at the Hornets. (90mins)

Italian champions Inter Milan have won the race to sign Shamrock Rovers’ highly-rated Republic of Ireland Under-16 international Kevin Zefi, 16, who was also wanted by a number of Premier League clubs, as well as sides in Germany and the Netherlands. (Sun on Sunday)

Barcelona have agreed a deal to sell 23-year-old Spanish midfielder Carles Alena to Getafe as the Catalan club continues its cost-cutting efforts to try ensure they can get Argentina forward Lionel Messi, 34, to commit to a new contract. (Goal)

Arsenal’s efforts to try sign Ajax goalkeeper Andre Onana, 25, have been dealt a blow as as the Cameroon international is said to prefer a move to French side Lyon over the Premier League side. (Football London)

Tottenham are confident they can offload 23-year-old defender Cameron Carter-Vickers, despite doubling their asking price to £5m. Both Newcastle United and Celtic are interested in the USA international. (Football Insider) 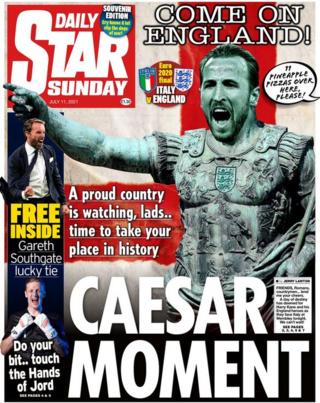