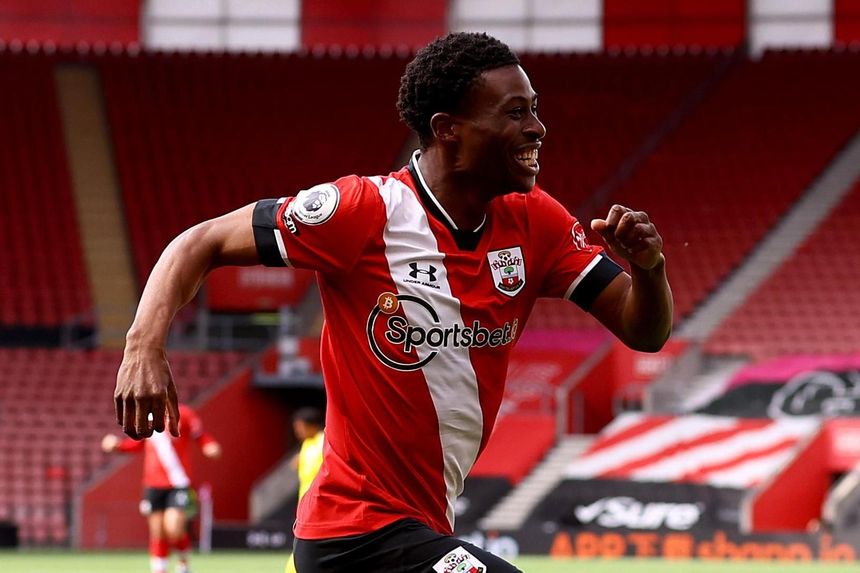 Described by manager Ralph Hasenhuttl as the “most interesting” young talent at Southampton in 2020/21, Tella is likely to be handed further opportunities to impress this season.

During a promising breakthrough campaign, the attacking midfielder made seven starts and 11 substitute appearances in the Premier League.

He ended the campaign encouragingly, scoring his first goal in the competition in a 3-1 home win over Fulham, while also assisting Theo Walcott in the same match.

Having only just turned 22 years old, he will be keen to continue showing what he is capable of when Saints kick off the new campaign at Everton on 14 August.

Southampton used a 4-4-2 formation for all 38 matches last term and Tella will hope to provide fellow strikers Danny Ings and Che Adams with increased competition in the coming months.

Tella’s strongest trait is a blistering turn of pace.

He registered a top speed of 35.62 km/h last term, the quickest among any Southampton player with at least 500 minutes.

That level of acceleration is rare and provides Hasenhuttl with a useful tactical option.

In possession he will offer himself for a pass with regular, short bursts of speed, while off the ball he regularly closes defenders down.

Clocking up almost 30 sprints per 90 minutes, he sets the tone for others around him to follow.

Hasenhuttl encourages his team to press with intensity from the front and that plays to Tella’s strengths.

Nathan Redmond was the only Southampton player last season to regain possession inside the final third more often than Tella, who did so at a rate of just under once every 90 minutes.

Tella is an option to play wide on the left but his preferred role is as part of a front two.

To overtake Ings or Adams in the pecking order, he must prove that he can consistently offer a goal threat at the highest level.

Most shots for Southampton

Tella gets into scoring positions on a regular basis and can create chances for himself by going past defenders.

Attempting 3.4 take-ons per 90 minutes, he is a tricky opponent for opponents to shackle.

The key is improving on a modest 7.7 per cent conversion rate from last season.

If Tella can discover a more clinical side to his play, Hasenhuttl is sure to give him plenty more minutes.

Tomorrow: Why Chelsea’s Gilmour can thrive at Norwich