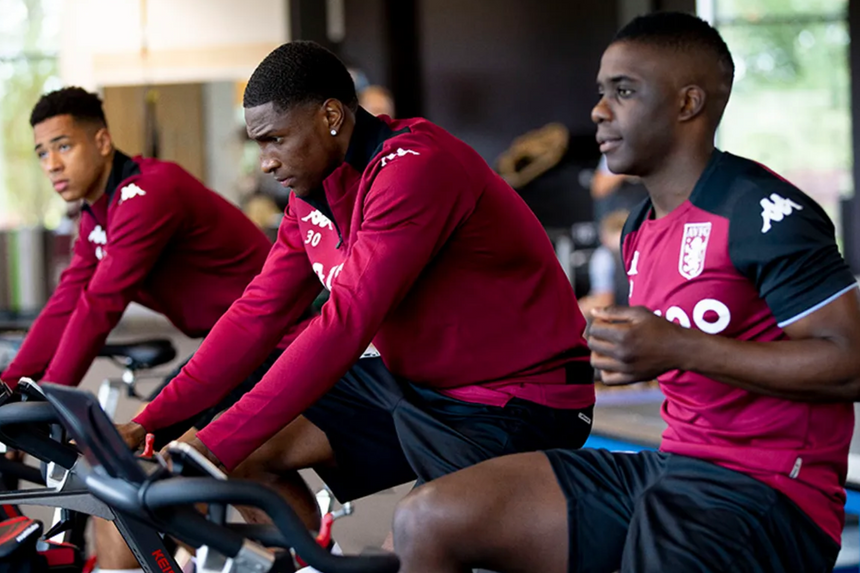 Premier League clubs have started to return to training to begin their preparations for the opening weekend of the 2021/22 season on Friday 13 August.

Ahead of the first pre-season friendlies from 9 July, see how some of the stars of the competition are getting ready for the new campaign.

Ashley Young is all smiles ahead of his Premier League return, having rejoined Villa in the summer transfer window.

The Eagles’ new manager Patrick Vieira met his players for the first time at Copers Cope training ground today and introduced himself by treating them to a double training session.

Everton reported back to their USM Finch Farm training base and the players will be keen to make an early impression under new manager Rafael Benitez.

Leeds assessed the fitness of their squad and put them to work in the gym.

Nemanja Matic showed off his skills at Man Utd’s Carrington training complex after he agreed a new one-year deal to remain at the club.

Norwich have made sure they have everything in place for their Premier League comeback.

Watford are also putting in the hard yards following their return to the Premier League after a one-year absence.

The Hammers are spending five days at a training camp in Scotland ahead of a pre-season friendly against Dundee on Friday 9 July.

The return of striker Raul Jimenez will be a welcome sight for Wolves fans after his season was cut short by injury in 2020/21.