By making the move to Molineux, Mosquera does, however, join a select list of South American’s who have featured in the gold and black of Wolves during the past 144 years.

In honour of the newest member of the pack, wolves.co.uk has gone back through the archives to check out the careers of his fellow signings from South American – with some having more success in the old gold than others. 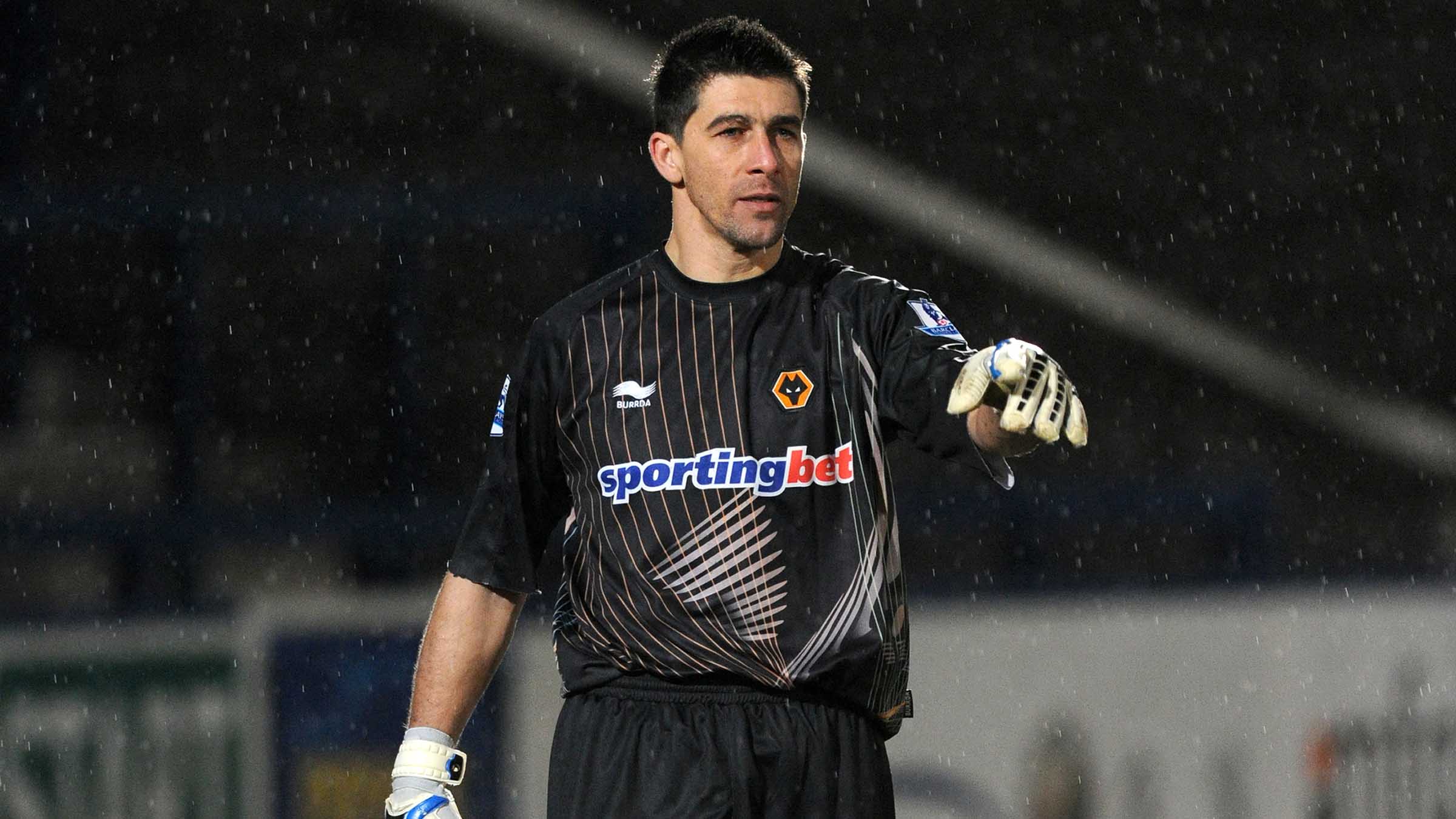 Having started his career back in his native Brazil, Basso made the move to England in 2004, joining Woking, before being snapped up a year later by League One outfit Bristol City. The keeper spent five years at Ashton Gate and established himself as the club’s number one by being part of the team which secured promotion the following season.

Picking up BBC West’s Football of the Year, Basso and the Robins fell just short of Premier League promotion, losing out in the Championship play-offs to Hull City. However, he got his top-flight break in January 2011, when he joined Wolves on a short-term contract until the end of the season. But his dream of playing in the Premier League was not to become a reality, with Basso never making a competitive appearance for the first-team. 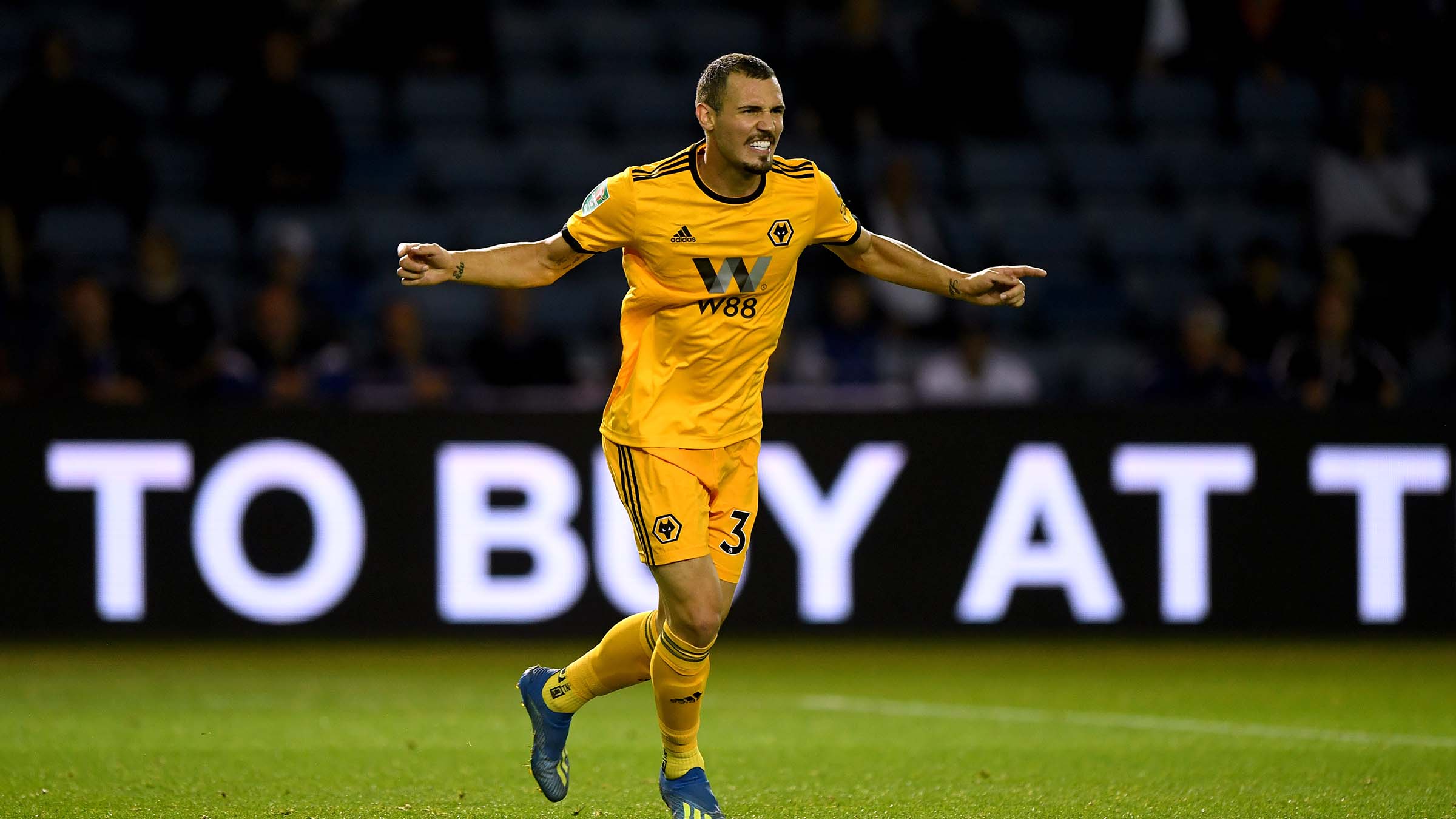 Bonatini is arguably the most successful South American signing Wolves have made so far, with the Brazilian striker scoring important goals to help the club into the Premier League during 2017/18, having began his European career at Juventus, with a youth loan spell in 2012. But it was at Portuguese outfit Estoril where Bonatini first came to the attention. The former Brazilian under-17 international scored 24 goals in 53 matches in the Portuguese top-flight before a move to Saudi Arabia’s Al-Hilal where his goalscoring exploits continued.

This earned the forward an initial loan move to second tier Wolves. Bonatini notched 12 goals in 47 appearances during the Championship-winning campaign, even making is a debut to remember, netting the winner in the opening day success over Middlesbrough. After his loan became permanent, Bonatini has since played seven times in the Premier League wearing the gold and black, but is currently on loan at Grasshopper Club Zurich, scoring the goals which have helped the historic Swiss club back into the top-flight. 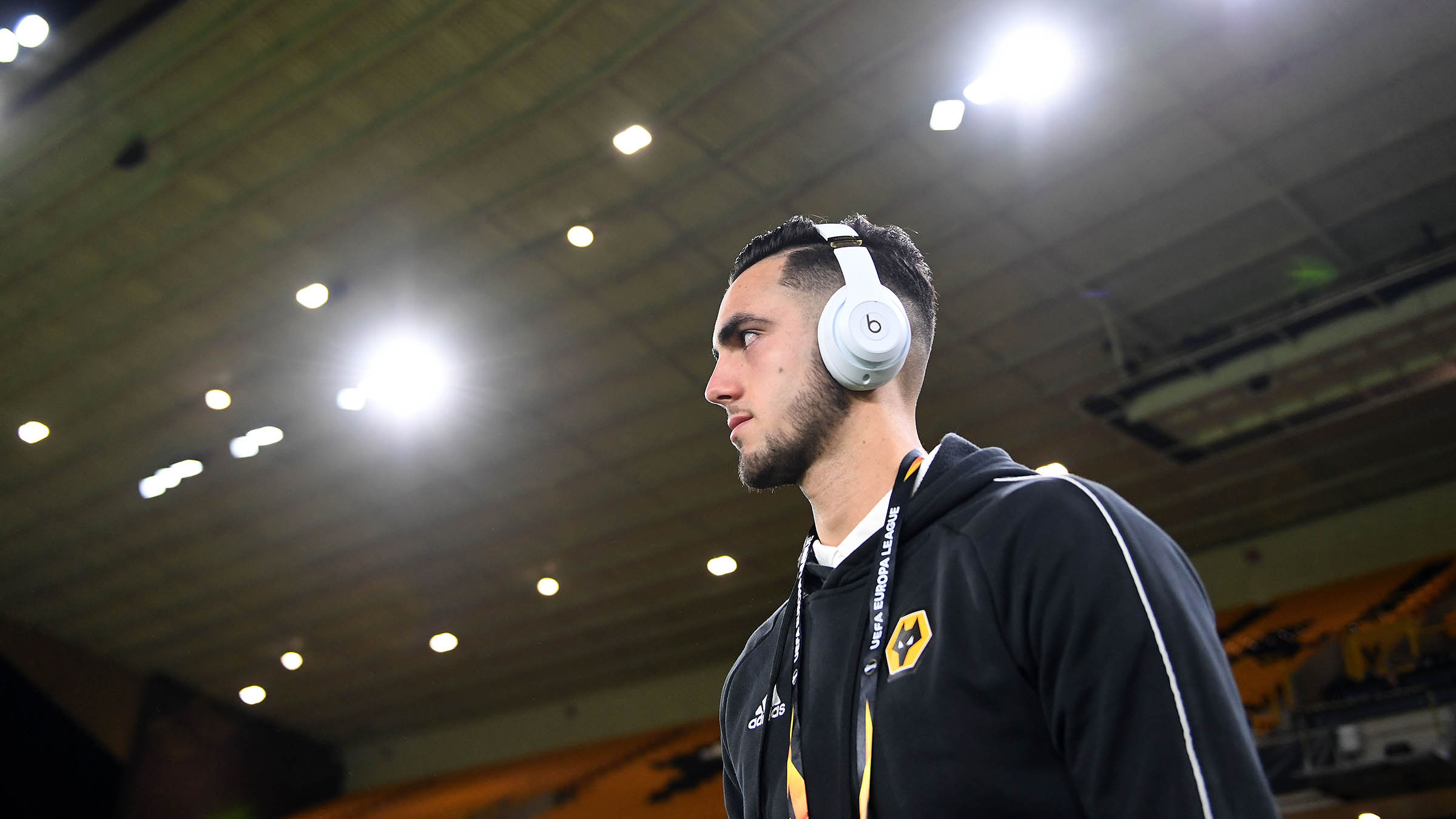 With six caps for the Ecuadorian national team, Campana became Wolves’ first signing of the January 2020 transfer window, after the striker impressed at the South American Under-20 Championship by finishing as the tournament’s top scorer to help his team lift the trophy. At club level, Campana stepped up the senior Barcelona SC group in January 2019 and scored his first professional goal three months later.

During the following season, which ran throughout 2019, the forward hit four goals in 21 games for Barcelona SC before making the switch to Molineux. But with fellow forward Raul Jimenez in scintillating form in gold and black, Campana was unable to oust the Mexican from the team and had to settle for a place on the bench for the remainder of the 2019/20 Premier League season. Campana spent last season on loan with Portuguese side Familicao, scoring twice in nine league appearances.

The first Ecuadorian to sign for Wolves when he made the loan switch from Red Star Belgrade at the start of Wolves’ first season back in the Premier League after six years away, Castillo had gained previous English top-flight experience with Everton and came to the club as an established international. Following on from successful spells in his homeland with Espoli and El Nacional, Castillo was expected to be a dominant force in the gold and black midfield.

And it looked to be the case early in the campaign, with the defensive midfielder staring on his debut in a victory over Fulham at Molineux – which temporarily sent Wolves top of the Premier League table – following that up with a run of six top-flight starts. But after a 4-1 loss to Arsenal and 4-0 defeat at Chelsea, Castillo lost his place in the team, and made just one more appearance for Wolves, in the much publicised 3-0 loss to Manchester United which saw McCarthy make 10 changes to his team in preparation for a quick turnaround against Burnley days later. 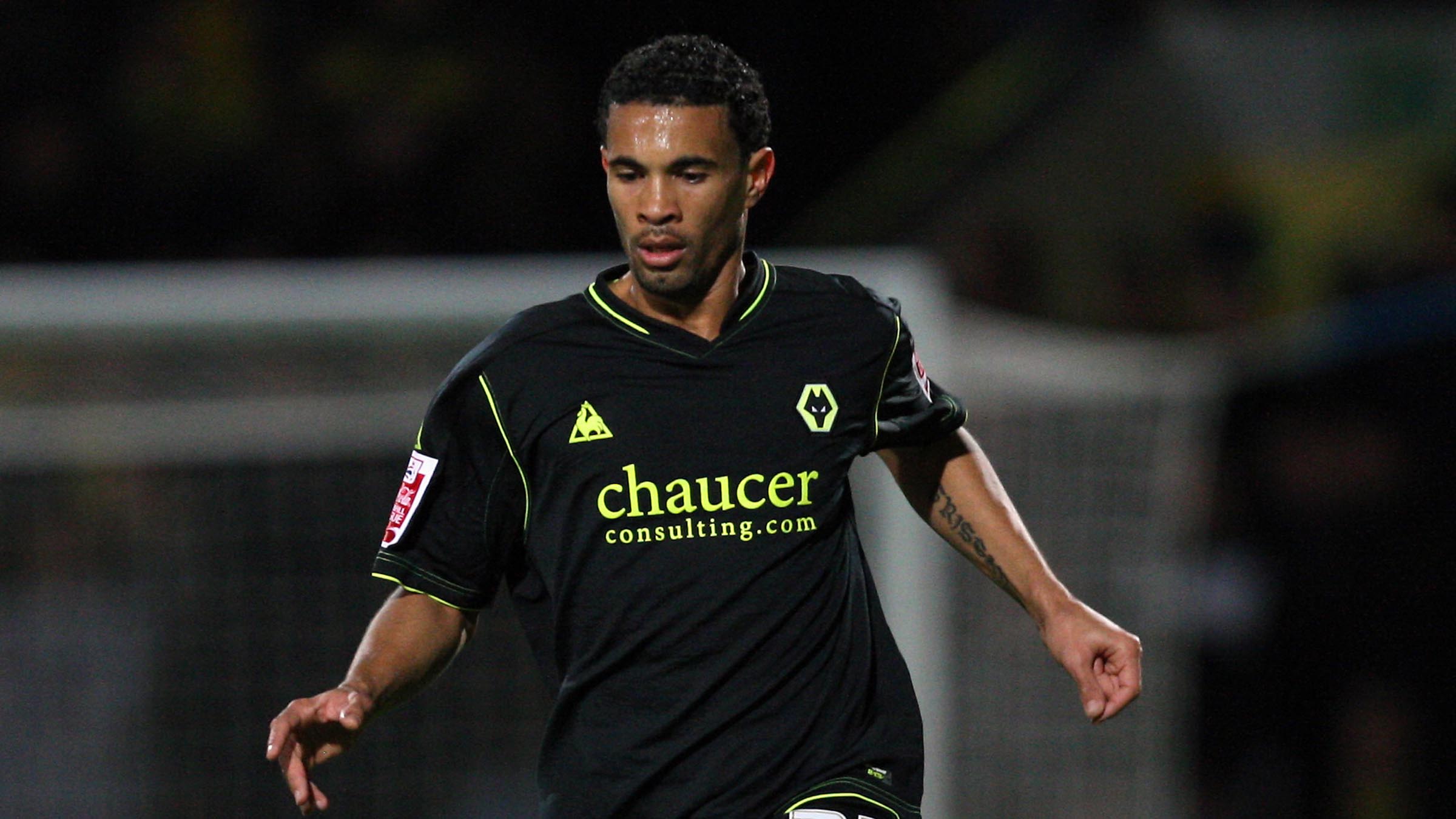 A prominent member of the Trinidad and Tobago squad for almost 20 years, Carlos Edwards made the switch to the UK as a 22-year-old, when he joined Wrexham. In just his third year in the EFL, the winger helped the Welsh side to promotion to the old Second Division, winning Wrexham’s Player of the Year and a place in the Third Division Team of the Year. A spell in the Championship Luton Town followed, before Edwards moved to Sunderland, with his 80th minute winner against Burnley securing his team’s promotion to the Premier League.

After suffering a hamstring injury in only his second Premier League game, a fractured leg would then put him out for a long spell. Falling out of contention at the Stadium of Light, Edwards was loaned to Wolves, then in the Championship, making just six appearances for the Molineux side in the 2008/09 title-winning season, before he was recalled by the Black Cats. 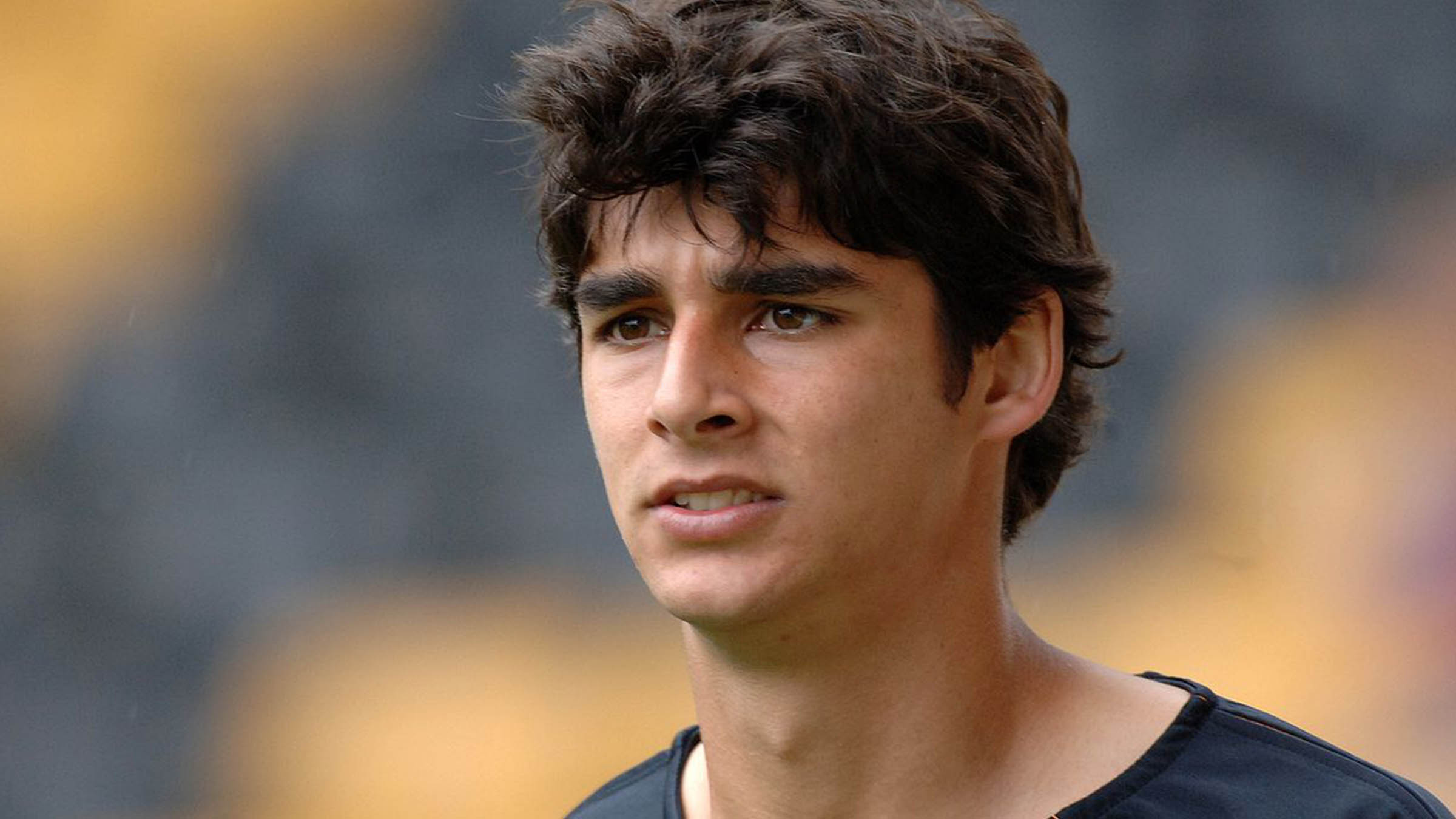 A successful trial at Wolves saw Finkler move on loan from Brazilian side Juventude to the West Midlands. Ahead of joining Wolves, the attacking midfielder had scored four goals in 18 games for the senior side of his boyhood club, and he carried over that form to England in pre-season, notching two goals for Mick McCarthy’s side in a 4-0 win over Hednesford Town in his first appearance, before following that up with the second in a 2-0 victory against Crewe Alexandra.

Impressing with his goalscoring exploits, it was enough for Wolves to take up a season-long loan option on the then-21-year-old. But despite the promise shown in pre-season, Finkler never made a competitive appearance in gold and black, and only made the bench once in the Championship, being an unused substitute in a 2-1 defeat at Colchester United. His loan was cut short in January 2007. 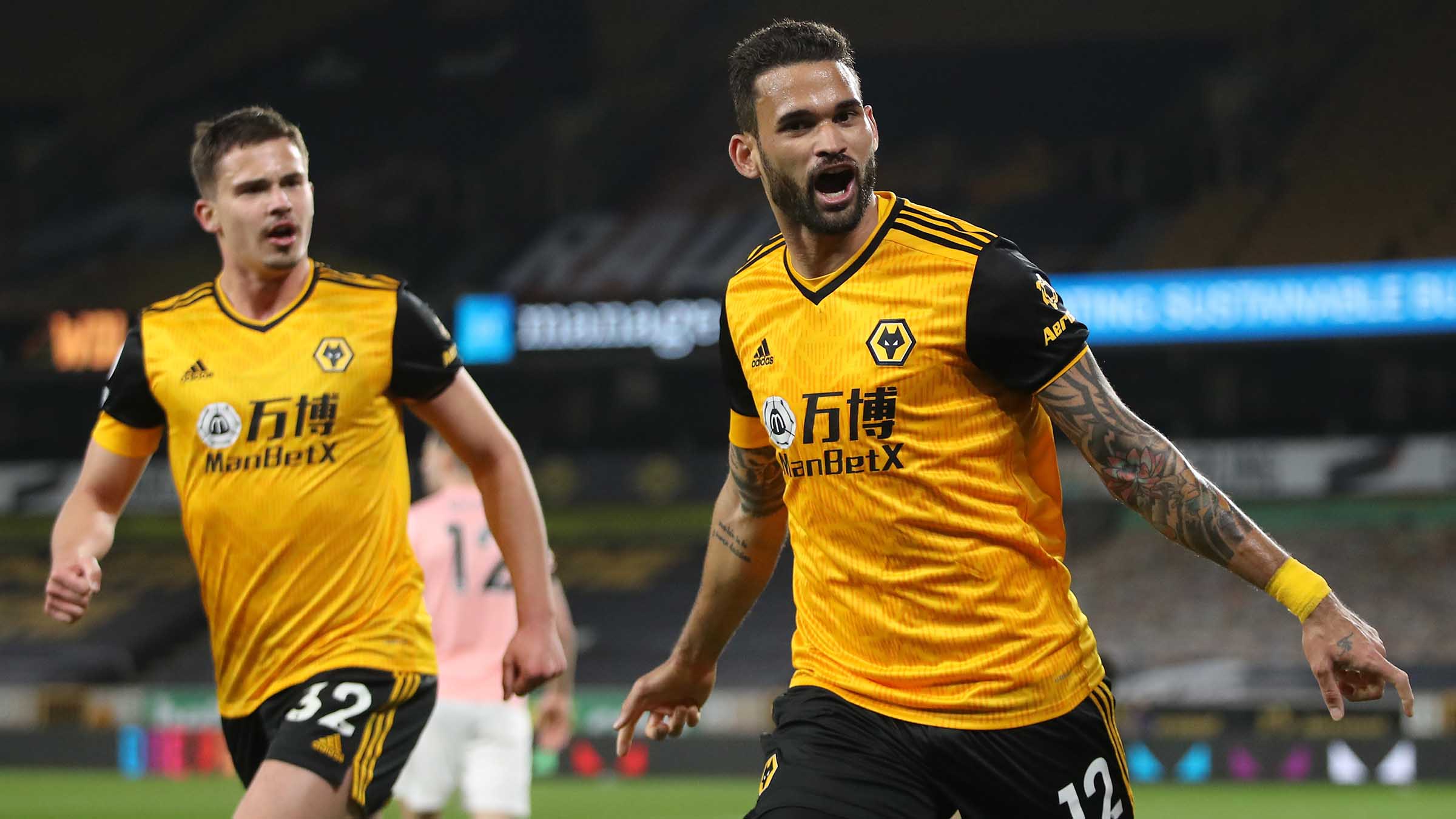 When Raul Jimenez’s sickening injury left 18-year-old Fabio Silva as Wolves’ only striker option, Brazilian Jose was brought into the club in January, on loan from Real Sociedad, where he had been since 2016, scoring 62 times in 170 appearances. After starting his career in South America, playing for clubs in Brazil and then Uruguay, Jose showed his potential during a series of loan moves in Europe, including time spent at Real Madrid and Real Zaragoza, before moving to Sociedad permanently.

A Brazilian youth international, who helped his country to Under-20 World Cup success, Jose became the only South American to score a Premier League goal for Wolves in April this year. Having initially believed he had got off the mark against Fulham at Craven Cottage, only to have his powerful header ruled out by VAR, the forward only had to wait eight more days to celebrate his debut strike, scoring the decider in a 1-0 victory over Sheffield United at Molineux. 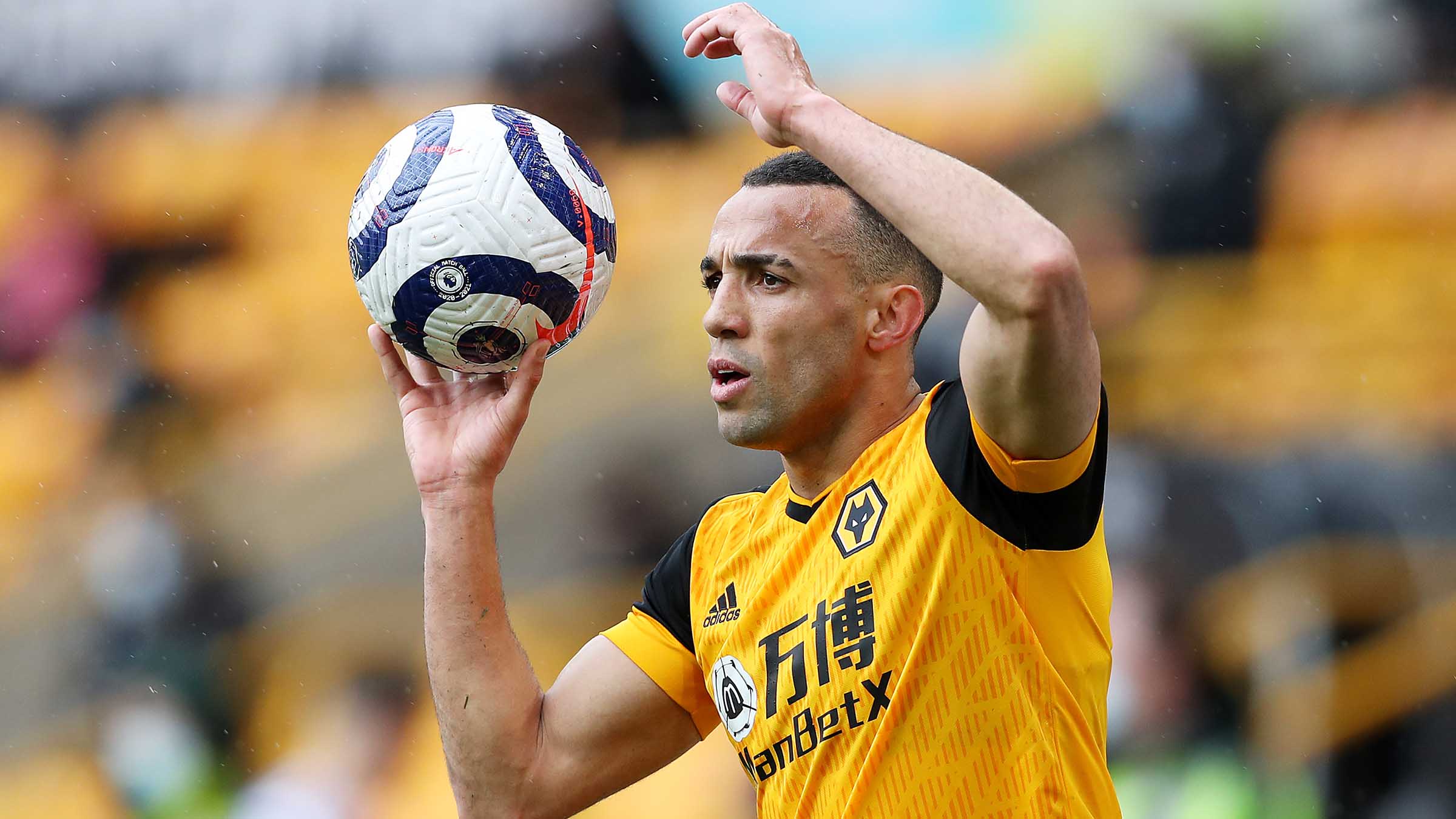 Wolves brought Marcal to Molineux from Lyon last summer, just a month after the left-back had helped the Ligue 1 side to the 2019/20 Champions League semi-final. But it was in Portugal where Marcal had previously made his name, amassing more than 100 appearances for Nacional in the Primeira Liga, where the club earned four successive top-half finishes, as well as an outing in the Europa League.

Having arrived in England almost 12 months ago, Marcal went straight into Wolves’ Premier League starting line-up under Nuno Espirito Santo, featuring in the opening day victory over Sheffield United, and the home defeat to eventual champions Manchester City, against whom Marcal suffered the first of his injury lay-offs. The defender would go on to make 13 top-flight appearances in his debut season at Molineux, with the most recent of those seeing Marcal return to the pitch after three months out in the final game of the campaign at home to Manchester United. 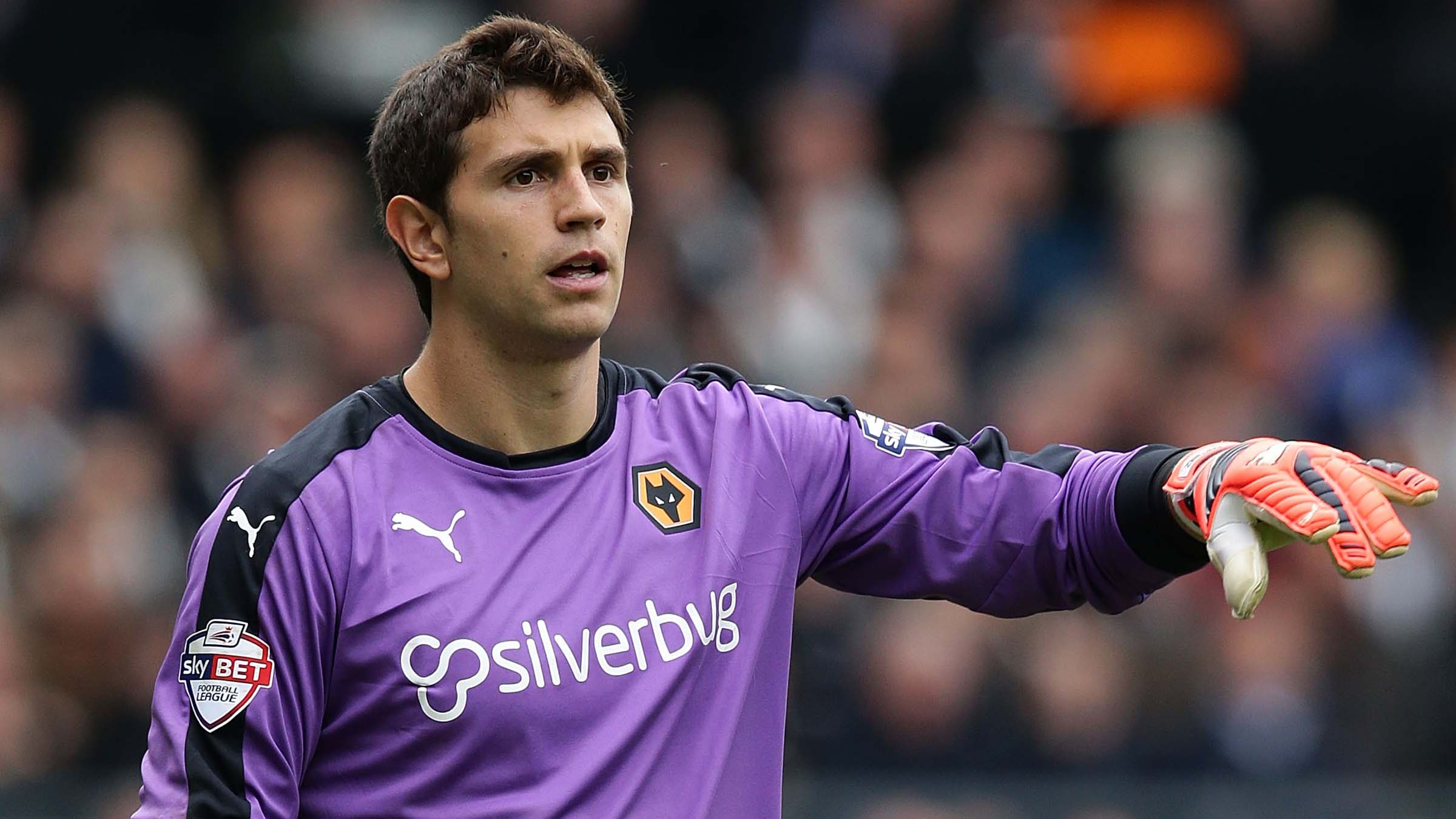 Now staring in the Premier League with Aston Villa, Martinez previously had a semi-successful loan spell at Wolves from Arsenal, spending the 2015-16 season with Kenny Jackett’s side. His switch to the old gold was the Argentinian’s fourth of six eventual loans away from the Emirates during eight years as a Gunner, with the keeper having also played for Oxford United, Sheffield Wednesday and Rotherham United, before making Molineux his temporary home.

On joining Wolves, Martinez took over goalkeeping duties from Carl Ikeme, being present between the sticks for 13 of the team’s opening 16 Championship matches. Martinez kept five clean sheets while playing for the gold and black half of the Black Country, with his final appearance coming in a goalless draw against Burnley, in which he suffered a thigh injury. The keeper was back in action two months later, but unable to regain his place from Ikeme, Martinez returned to his parent club once the season ended. 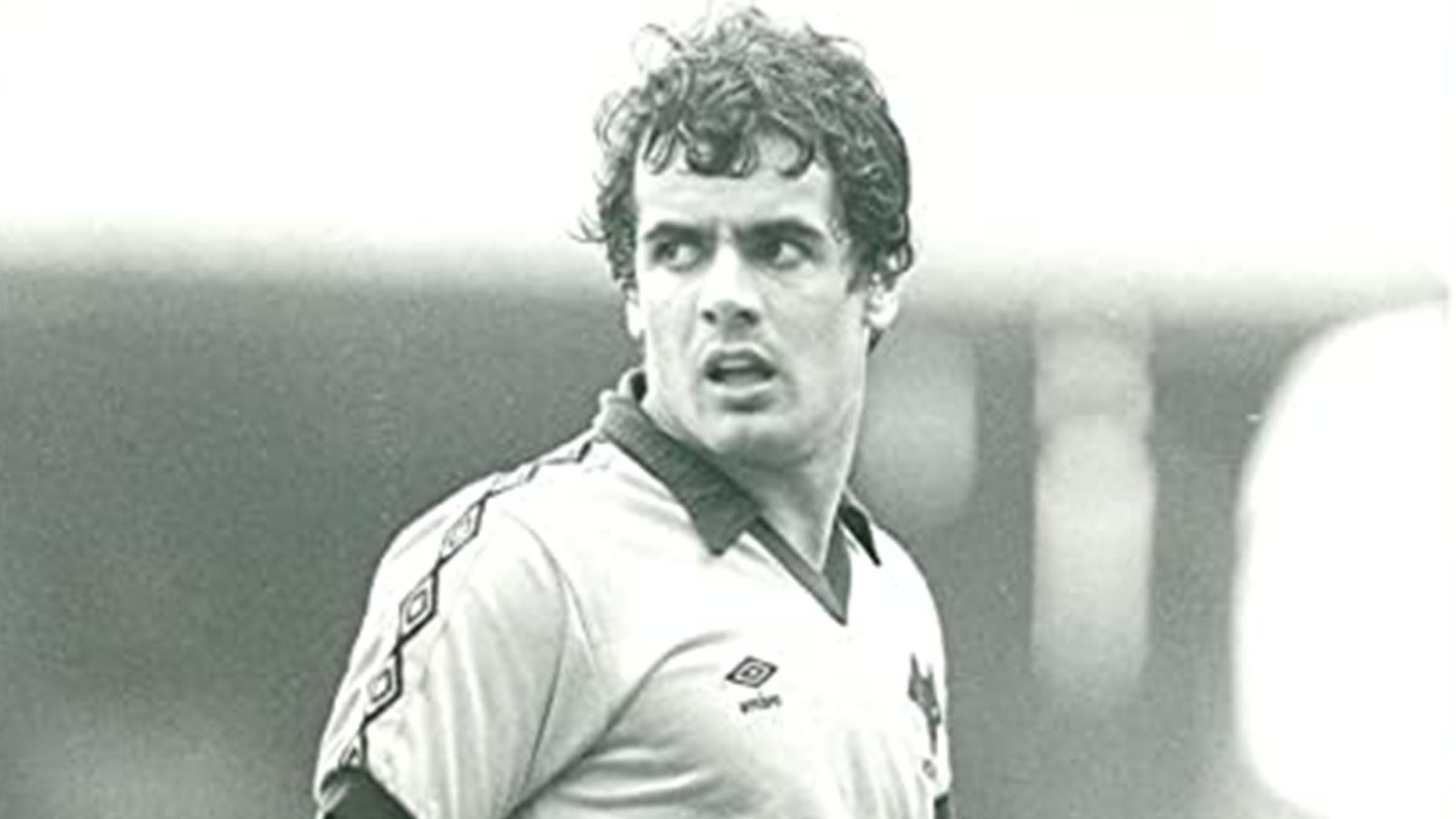 Uruguayan defender Villazan made history when he became Wolves’ first ever South American signing, all the way back at start of the 1980/81 season. Beginning his career back in his homeland with first-tier side Club Nacional, Villazan moved to Europe in 1978 when he spent two seasons with Spanish outfit Recreativo de Huelva.

A big money move to Wolves awaited Villazan in the summer of 1980, with John Barnwell looking to bolster his squad ahead of a return to European competition and a clash with PSV Eindhoven in the UEFA Cup. Villazan played just 27 times in gold and black in two seasons, including both the home and away leg to Eindhoven which saw Wolves fall out of the competition 3-2 on aggregate, as he failed to live up to the hype which came with such a unique signing at the time.