Last summer, his first as a father, Luke Shaw sat down with his partner to plot the year ahead. It was time for some career targets. Manchester United was a priority but he knew that success at club level could secure another aim – winning back his England place.

He has since revealed his regrets about withdrawing from international camps, the sense that he had somehow let Gareth Southgate down. Speaking to Shaw earlier this year, he was aware that the tournament’s delay offered a second chance. “I am pretty certain if the Euros had gone ahead last year I would not have been involved,” he acknowledged.

He is more than involved now, he is a star. It was his two assists that took the game away from Ukraine in the second half of England’s 4-0 quarter-final win in Rome. The result means a semi-final against Denmark and confirms the team’s status as favourites.

Shaw was solid defensively and decisive going forwards, his confidence boosted by a similarly impressive display against Germany on Tuesday. For all the talk of England’s right-back options prior to this tournament, it is the left-back zone, where Shaw is keeping Champions League winner Ben Chilwell out of the team, that is proving most potent.

Raheem Sterling had been the recipient of Shaw’s low, measured pass against Germany. Here, it was a higher ball that was nodded home by Harry Kane. “I never used to cross it as much as I should have done,” Shaw had said in March. He is making up for it now.

Just prior to that cross for Kane had been another for Manchester United team-mate Harry Maguire. That one came from a set piece – something that Southgate felt had been lacking from his team’s performances thus far in the tournament. This one was perfect.

“His delivery was great,” said Southgate afterwards. “We talked a lot in the week about set-piece goals and we put more emphasis on it. It looked like we would be dangerous in training yesterday and usually that transfers into the game and that is what happened.”

It also reflects the work that Shaw has put in over the last 12 months with Martyn Pert on the Manchester United training ground. The pair would regularly take 10 balls over to the corner at Carrington with Shaw tasked with hitting particular zones, drilling the skill in the knowledge that there was a need to improve.

Those two assists in four minutes are as many as he managed in 2542 of them in the Premier League under Jose Mourinho. It is perhaps fitting that they came in his old manager’s new backyard – Roma’s Stadio Olimpico. It emphasises all that has changed.

Mourinho’s criticism of Shaw, frequent and scathing, has become part of the player’s story whether he likes it or not. Happily, Shaw himself is over it now, even if the Portuguese appears not to be given that the latest needless dig came during this very tournament.

A manager with more empathy was always going to help and now he has two. “I do not want to come across like I was a little kid who could not deal with being put under pressure,” said Shaw. “But I had no confidence at that time. I was losing my belief.”

The new Shaw exudes it, bringing to mind the lines with which he concluded that interview. “Enjoyment and confidence. For me, they are the two biggest things you need on the pitch. You need that belief in your ability to perform at the highest level. I feel I have that now.”

With Southgate it took a bit of time and trust, something that the England boss noted when praising Shaw on Saturday evening. “His performances have improved every game,” he said.

“He was not with us for a long time until March, which was his first game in a few years. You usually play those games trying not to make mistakes rather than flourishing. He feels comfortable in the environment now and is comfortable in how we want to play.” 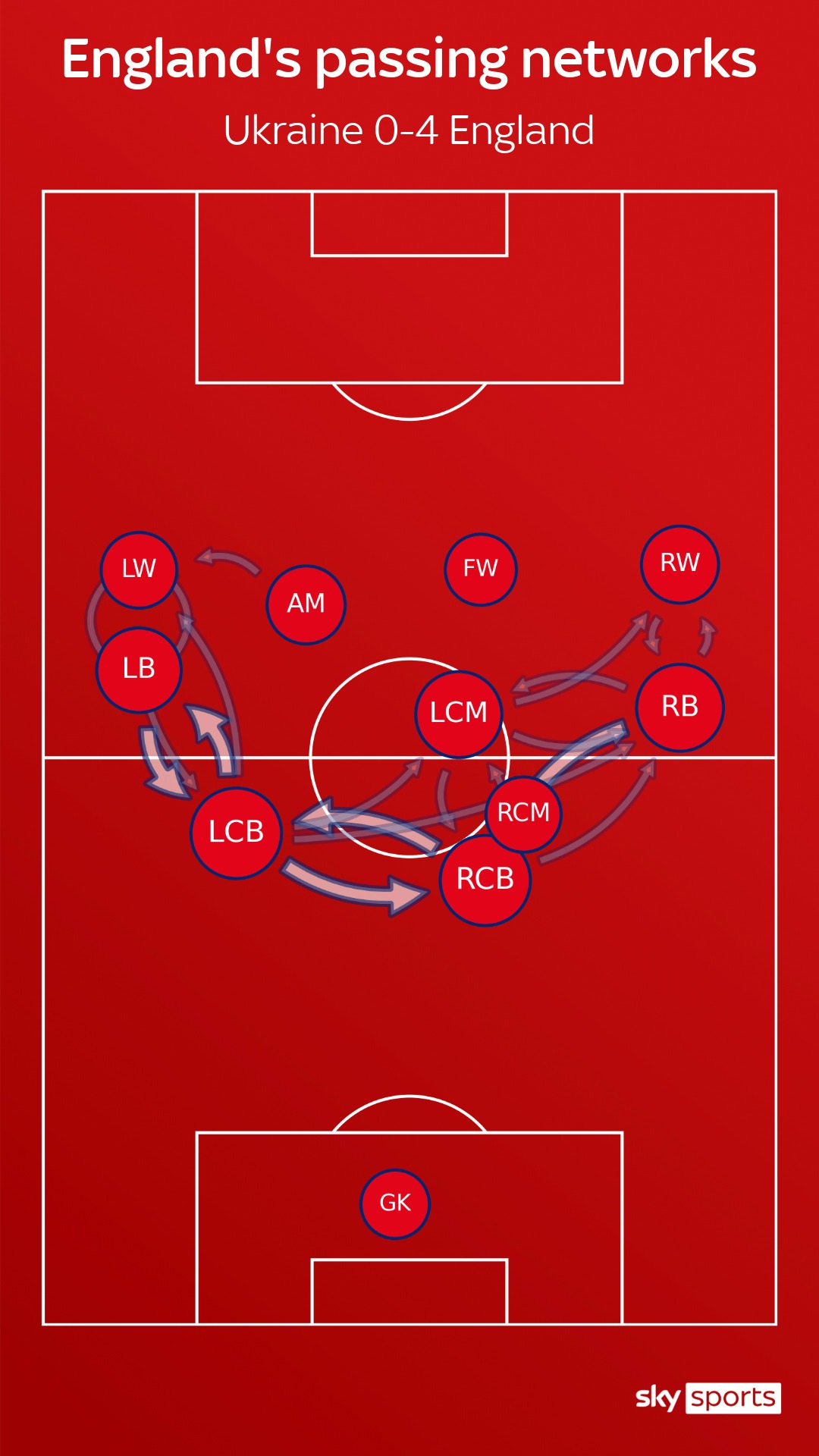 When Shaw is comfortable, he becomes a more proactive footballer. That was evident in the way that he won back possession for England’s second goal against Germany.

His involvement in that goal does not count towards his total of three assists – making him England’s most creative player – nor is it included in his tally of clear-cut chances created, a number bettered only by Wales captain Gareth Bale so far at this tournament.

But it highlights the impetus that Shaw can provide England’s attacks, whether it be at wing-back in that game or full-back against Ukraine. The expectation now is that he has done enough to retain his place for the semi-final regardless of the opposition or the system.

It is a remarkable turnaround that could be just two games and one week away from a stunning conclusion.

A conclusion that even Shaw himself could not have envisaged when setting those targets for himself one summer ago.