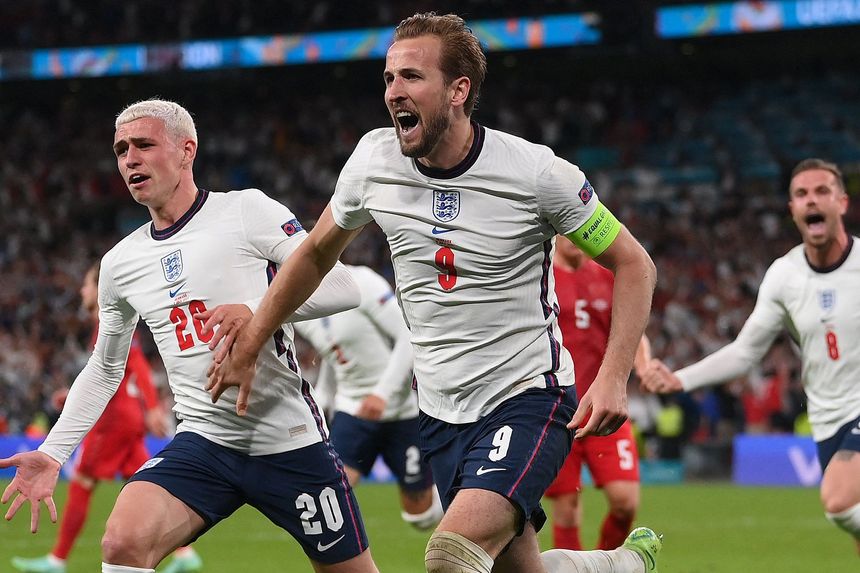 An extra-time winner by Harry Kane helped England defeat Denmark 2-1 to secure a meeting with Italy in the final of UEFA Euro 2020 on Sunday.

The Tottenham Hotspur striker tapped in the rebound in the 104th minute after his penalty, won by Raheem Sterling, was saved by Leicester City goalkeeper Kasper Schmeichel in front of 66,000 fans at Wembley Stadium.

Denmark went in front through Mikkel Damsgaard’s stunning free-kick after 30 minutes, awarded for a foul on Chelsea defender Andreas Christensen by Luke Shaw.

But England equalised nine minutes later when a Kane pass opened up the Denmark defence and Bukayo Saka‘s cross to Sterling was turned into his own net by Simon Kjaer.

“The players, Gareth Southgate and his coaching staff deserve great credit for their progression on the international stage over the last five years. They have captured the imagination of the nation.

“Everyone at The FA, especially St George’s Park, has done a brilliant job despite the many challenges of COVID-19. We are proud to see England players remind everyone that our football is among the best in the world.

“It’s great there will be thousands of England fans back at Wembley on Sunday cheering the team on to go one step further. I can’t wait!”

England now head into a final of a major tournament for the first time since 1966 when they face Italy at Wembley, with 23 Premier League players across both countries aiming to lead their nation to glory.