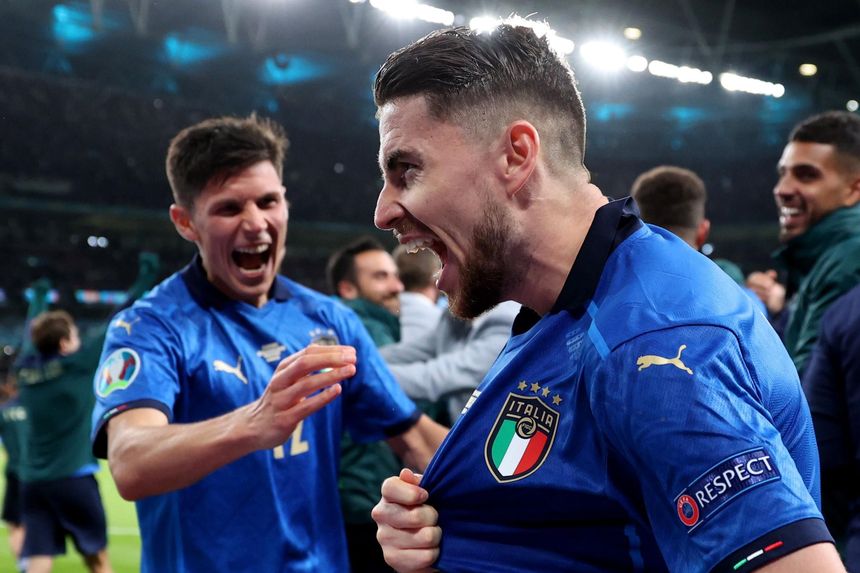 Jorginho scored the winning penalty against Spain to send Italy through to the final of UEFA Euro 2020.

The Chelsea midfielder, who converted seven spot-kicks in the Premier League last season, kept his cool to give Italy a 4-2 shootout win in front of 60,000 fans at Wembley Stadium.

Want to know how he does it? ?

The match had ended 1-1 after extra-time, with Italy’s Federico Chiesa opening the scoring before Spain equalised late on through an Alvaro Morata goal which began with a fine pass from Manchester City defender Aymeric Laporte.

In the shootout, Liverpool midfielder Thiago, one of five Premier League representatives for Spain, scored his penalty. But Jorginho was the hero as he capitalised on Morata’s miss to extend Italy’s unbeaten run to 33 matches.

They will face the winner of Wednesday’s other semi-final between England and Denmark, who between them have 27 Premier League players aiming to lead their nation into Sunday’s final.