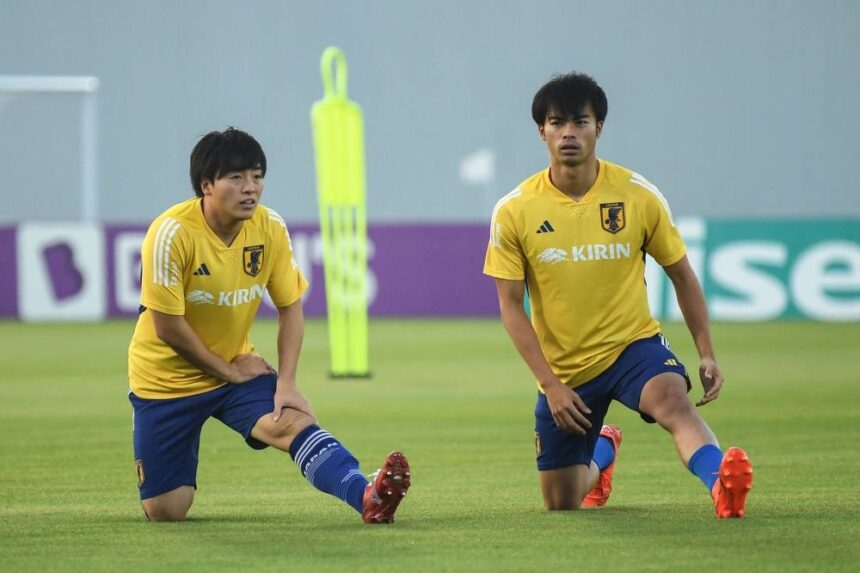 DOHA, Nov 21 — An illness meant Japan’s Kaoru Mitoma arrived late in Qatar but the livewire winger insisted Sunday he will be “100 per cent” ready for his team’s World Cup opener against Germany.

The 25-year-old has shown glimpses of his talent in the Premier League since joining Brighton in the summer, causing havoc with his mazy runs and scoring goals against Wolves and Arsenal.

He has also proved his worth for his country, notching a brace against Australia in March to clinch Japan’s place at their seventh straight World Cup.

Mitoma came down with a fever shortly before he was due to join up with the Japan squad, forcing him to spend five days in bed and delaying his arrival.

He is back in training after belatedly flying into Qatar and he insisted he will be ready for Japan’s Group E opener against Germany on Wednesday.

“I haven’t played much so it’s difficult to say how I will be, but I don’t think it will be a problem,” he said.

Mitoma was an unknown quantity in England after joining Brighton following a year on loan at Belgian side Union Saint-Gilloise.

He is quickly making his presence felt for Roberto de Zerbi’s side and has forced his way into Brighton’s starting line-up in recent weeks.

Mitoma’s electrifying runs down the left wing could be a potent weapon for Japan at this World Cup and he said playing in England has convinced him he belongs at that level.

“I’m confident when I get the ball in one-on-one situations,” he said.

“I’m confident when taking on players but what’s important is deciding when to go for it, depending on your position on the pitch.”

Mitoma has often been used as an impact substitute for Japan but he has still weighed in with five goals in nine international appearances.

He is hoping to add more against Germany — a team he described as “the best team in the World”.

“Whether I start the game or come on as a sub, I want to make an impact and help the team,” he said.

“The team has tactics and I want to show what I can do within that. We have to think of a way to get out of the group after the three games.” — AFP