Hackers took down some of Apex Legends’ servers this Sunday as part of a plea to “save Titanfall” from the relentless hacking and distributed denial-of-service (DDoS) attacks that plague the game. The attacks appear to spread over multiple regions and platforms.

Numerous players reported that the usual game modes, from the Firing Range to Arenas, were unavailable. The only exception was another banner under the guise of a limited-time mode, which directed players to a website called savetitanfall.com. Dot Esports received the same results.

The page carries a message from a disgruntled community who “has been begging Respawn to fix this issue for over three years” unsuccessfully, according to the text. Its intent is to create a “central hub” of information regarding the issues with Titanfall. Both the website and the hackers, however, pointed out that they’re not affiliated with each other. 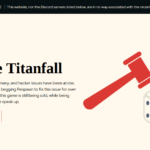 Respawn has long struggled with hackers and distributed denial-of-service attacks in the first Titanfall. This year alone, the company has acknowledged “ongoing attacks” to the game in April, with a “new wave” in May. The situation, however, has gone on for years, according to savetitanfall.com.

Such an attack would likely require access to Apex‘s playlist file—a list of game modes that the server supports, data miner Shrugtal told Dot Esports. Tampering with it would let an individual alter the text displayed when browsing playlists, for instance. The game uses a service to retrieve that file, but security vulnerabilities can allow hackers to tinker with it to send out their messages and even interrupt the service.

Respawn “is aware of and actively investigating” the issue, according to an official tweet.

Update July 4 8:28pm CT: Respawn pushed out a server update that appeared to fix the issue, but it might take “hours” for the fix to reach all servers. Dot Esports was able to see the regular playlists.