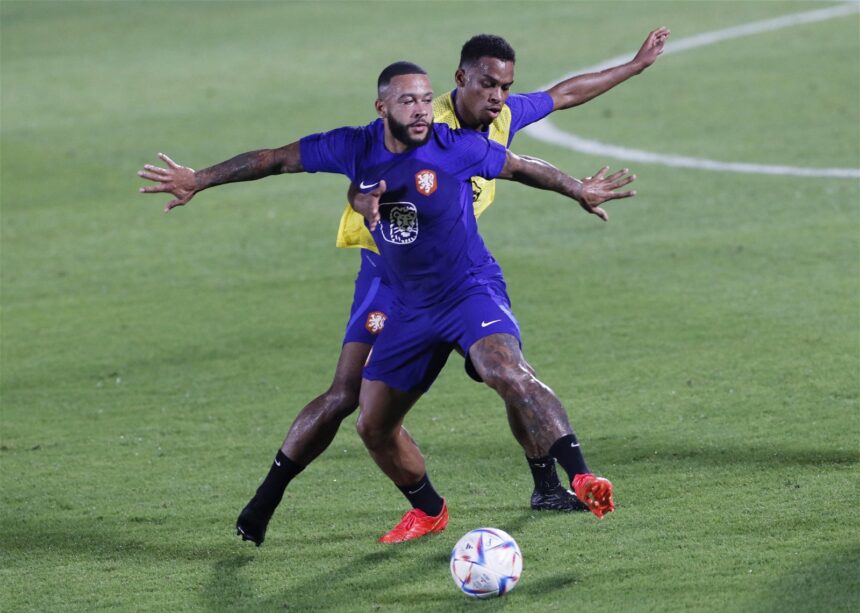 
Chelsea have hit a poor run of form in the Premier League and are now currently 8th in the table, however, Graham Potter will get the opportunity to strengthen his team in the January transfer window, with a new potential transfer target emerging.

According to Spanish news outlet SPORT, Chelsea have shown interest in Memphis Depay.

As per the report, the Blues are joined by Manchester United and Arsenal in their interest in signing the forward but will not make a move until they have seen his performance in the World Cup for the Netherlands over the next couple of weeks.

Potter can get Stamford Bridge rocking

There is no doubt that Chelsea are in desperate need of a natural finisher who can offer the team more goal-scoring opportunities and convert chances in their pursuit to climb back up the table into a spot that earns them qualification in the Champions League next season.

Most Read on FootballFanCast.com As a result, the signing of Depay could be exactly what Chelsea needs to get the front line firing more consistently as he is an experienced forward with an impressive goal tally over his career so far.

The Barcelona star has scored 159 goals and registered 96 assists throughout his playing days with a goal contribution every 112 minutes proving that he is a consistent and reliable performer in front of goal.

Not only that, Depay – who was hailed a “joy to watch” by Ronald Koeman – is a ruthless creator.

He ranks in the top 1% of his positional peers across the top five European leagues for passes attempted and progressive passes received, as well as ranking in the top 15% for shot-creating actions, touches and pass completion, further displaying the striker’s discipline and ability to get himself into dangerous positions against opponents.

Chelsea may be at an advantage to sign the out-of-favour player after the prestigious international tournament as he has only made two La Liga appearances this season and will surely be in search of more regular football which may be found in West London if he performs to a high level in Qatar.

With that being said, Potter could certainly get a quietened Stamford Bridge rocking again if they can secure Depay’s signature in the January transfer window.

He is a player who knows England already, is a clinical finisher and an incredibly creative playmaker. Versatile as well, it seems as if the Dutchman ticks plenty of boxes, something that would suggest he is a perfect acquisition this winter. It would surely be a signing that pleases many at the Bridge.