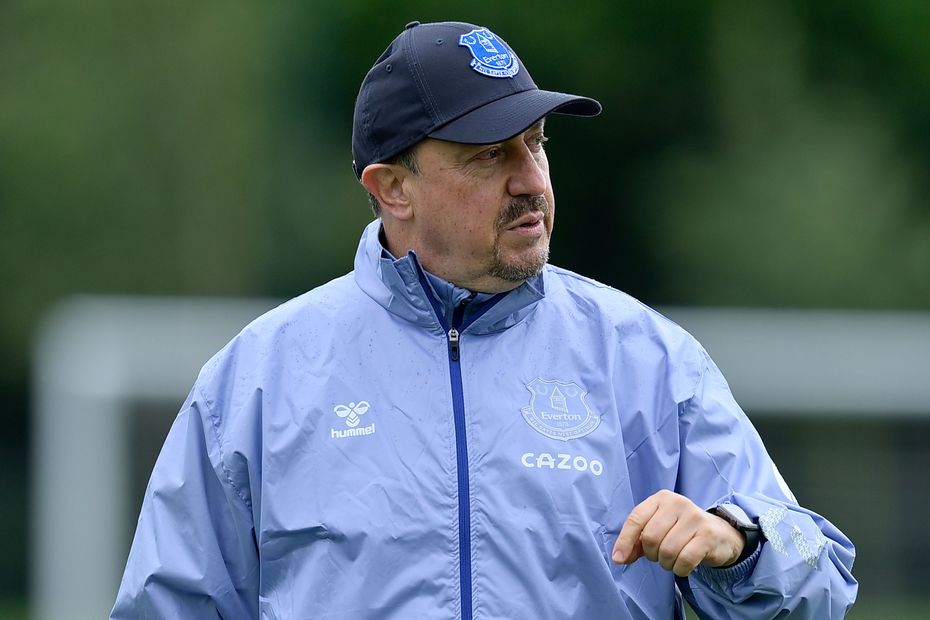 Adrian Clarke looks at the favoured tactics of the managers who have taken charge of Premier League clubs this summer, and assesses how they can take their sides to the next level.

The key to success for Benitez at Goodison Park will be striking the right balance between attack and defence.

If the Spaniard can find a way to get the best out of his talented young forwards without sacrificing the solidity he demands, Everton should enjoy a successful campaign.

He will immediately look to improve Everton’s defensive structure.

Across a long and successful managerial career, the Spaniard has always tried to build teams that have a solid foundation down the spine of the pitch.

At times last season, the Toffees struggled to find the right balance in these areas, so this will be the 61-year-old’s first port of call.

The Toffees had ambitions of finishing in the top six but faced over 500 shots, a figure Benitez will seek to reduce.

When he was in charge of Newcastle United, who were generally in the bottom half of the table, the Spaniard’s pragmatic tactics limited the number of times opponents had attempts on goal.

In fact, in both of his full seasons with Newcastle in the Premier League, the Magpies faced fewer shots than Everton did last season.

With the players at his disposal, Benitez is likely to use a 4-2-3-1 system at Goodison Park.

Inside that framework he will focus on building strong partnerships in central midfield and at the heart of his defence.

Last season Everton lacked steel in the middle of the pitch, especially when Allan was out injured, and they never settled on a regular centre-back pairing.

Benitez will demand a high work ethic in and out of possession, from back to front.

It will be a real surprise if their shape and organisation is not disciplined.

While Benitez is not wedded to a particular formation, he tends to use a lone striker who acts as a fulcrum at the top of the pitch.

He is also not averse to playing direct football, encouraging long passes from back to front in order to gain territory.

During his two full seasons as a Premier League manager with Newcastle, 19.2 per cent of the Magpies’ passes were classified as long.

Over that period, only four teams averaged a higher share.

With all of this in mind, Dominic Calvert-Lewin looks tailor-made for Benitez.

The 24-year-old is outstanding in the air, with Christian Benteke the only centre-forward to win more aerial duels last season.

Calvert-Lewin’s pace will also give the Toffees a useful outlet on the break.

He has registered a top speed of 35.1km/hr, making him the second-fastest Everton player behind Ben Godfrey.

So Benitez may look to utilise that pace by instructing his players to clip passes down the channels and over the top of defenders.

Ancelotti used 10 different formations last season, with the most-used (4-3-3) being seen on only nine occasions.

In a bid to tighten up the rearguard, the Italian also experimented with a back four made up solely of centre-backs.

Under the meticulous Benitez, we are likely to see a more consistent strategy, with every outfield player being required to be diligent out of possession.

Tomorrow: Adrian Clarke on how Bruno Lage can improve Wolves