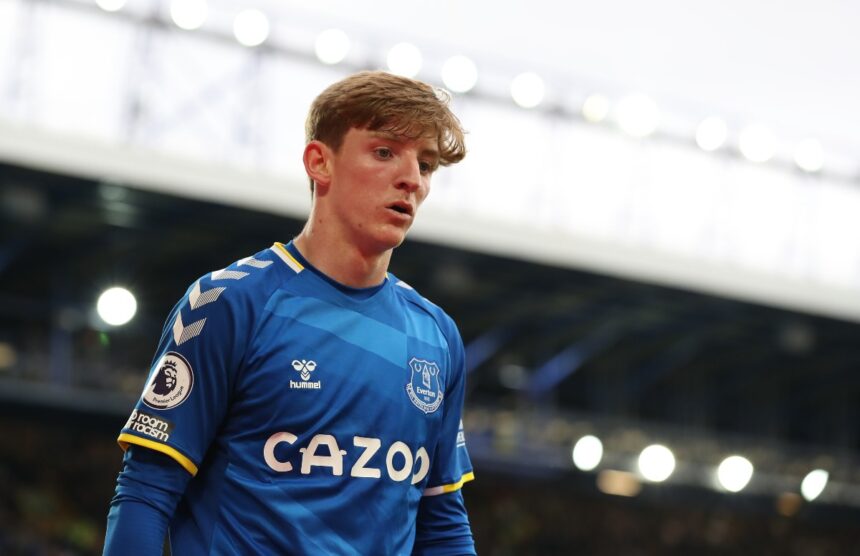 Newcastle United have not given up their pursuit of Everton’s Anthony Gordon, and according to recent reports, following the Merseyside club’s recent downfall, a move to St James’ Park for the young winger could once again be on the cards.

The Magpies are believed to have a long-standing interest in Gordon, 21, and even though a deal failed to be agreed upon last summer, it appears Eddie Howe has not given up on signing the Toffees’ number 10.

Following an abysmal display against fellow relegation-strugglers West Ham last weekend, Everton, who lost 2-0, now find themselves without a win in their last 10 matches.

Consequently, the Toffees, who sacked manager Frank Lampard on Monday afternoon, now face the very real possibility that they could find themselves in the Championship next season.

However, when it comes to potential player departures, Gordon is right at the top of the list. Even though Chelsea are understood to have offered Everton as much as £60m last summer (Sky Sports), with the Blues recently signing Mykhailo Mudryk for £88.5m (Sky Sports), a second approach now seems highly unlikely – and that could see Howe’s Toon steal an advantage in the race for the 21-year-old’s signature.

In light of the speculation, according to a recent report from the Chronicle, Gordon has been impressed with what Howe has so far done during his time in charge of Newcastle United.

The way Howe has transformed the Magpies is obvious for all to see, and with the club on the brink of reaching the EFL Cup final, things continue to look on the up.

Not only that but the Magpies have been offered another boost after technical director Dan Ashworth, who is understood to be a big admirer of Gordon, is believed to have ‘the respect’ of the attacker’s agency – USM.

Since being prompted to Everton’s first team in 2020, Gordon, who has two years left on his deal, has since gone on to feature in 78 senior matches, in all competitions, directly contributing to 15 goals along the way.

MacEwen 2023 shortlist: NUCastle in Newcastle upon Tyne by Ryder Architecture