The Mailbox discusses Sadio Mane’s reasons for leaving Liverpool. Also: questions for Chelsea over Lukaku; and how their Arsenal deal is viewed in Rwanda.

Get your mails in to [email protected]…

The view from Rwanda
As a Rwandan who has lived in the country for decades, I read Ian King’s article with interest. I would not dispute the fact that we have work to do regarding political space and human rights and I absolutely understand if people feel uncomfortable wearing the shirt with ‘Visit Rwanda’ if they don’t feel like it. However I feel like I need to give a different perspective.

Rwanda has made a remarkable transformation since the end of the Genocide against the Tutsi, but we are still one of the poorest Countries in the world and we desperately need tourists and investment to continue the transformation of the country as well as change the perception of it. The campaign is run and financed by the government because it has the resources but at the end of the day, you don’t need to support the government of Rwanda to visit Rwanda or invest in it. I understand the argument of sportswashing is that it’s hard to disentangle the two and governments benefit from that kind of PR but it’s difficult for me to see how else Rwanda can do this on such a large scale. For a lot of Rwandans, there is so much pride seeing our name on such an iconic shirt and a hope that it can translate into something tangible. There is no guarantee that the benefits will outweigh the costs of course, but that’s the risk you take.

I know the success or failure of Rwanda isn’t exactly high on the list of Arsenal fan’s priorities (which of course is understandable) but I thought you might want the perspective of a Rwandan. When you are a very tiny and poor country which is pretty much only known for war and genocide, your options kind of get narrowed down.

Mane’s motivation
Goodbye Sadio and thanks for the memories, no conversation about forward lines will be complete without the inclusion of SFM.

But Conor’s email got me thinking, just what are the real reasons for leaving?

One last big pay day? Surely you have enough money to see you through, even if you do contribute greatly to other people’s lives,

A new challenge? Surely the Bundesliga is not as challenging as the Premier League, it’s often a stroll for Bayern.

More interesting is his comment “I found myself in Bayern’s plans more than anyone else”. Is this a dig at Liverpool regarding the length of contract on offer? Was he given greater assurances regarding his place in the team.

More worryingly for me, does he feel he has a better chance of winning the Champions League at Bayern than at Liverpool?

I do think future comments will reveal more about his relationships within the team but if Lewandowski stays, he may be in the same situation again.

Playing football at this level shouldn’t be treated as a job (Danny Rose and Paul Pogba may argue differently) and the biggest satisfaction must come from winning, from being and feeling loved by the supporters/club, so to leave one huge club for another is a little baffling/concerning.
Howard (and thanks also Taki, you had moments) Jones

Liverpool already had Mane’s replacement
Interesting debate on the loss of Mane at Liverpool over the last couple of days. First of course, it is a loss – no doubt. He had a great end of season and is a special player. Though I also agree that Liverpool have definitely had his best years.

For me though I think one person being slightly overlooked in all this is Jota. One mail commented on the physicality of Mane, as well as his ahem, s-housery. Couldn’t agree more these aspects coupled with his immense skill on the ball made Mane the complete forward player. Jota has all this and still only 25 with plenty of room for improvement. Last season scored 20 goals, got 8 assists, and in some big games. He’s also, I would argue, better in the air than Mane – with only Bobby perhaps matching him.

He’s strong and has a delightful s-housery edge. Can play across the 3 – useful for when Nunez does come in. I wouldn’t be surprised if the starting 3 at the beginning of the season were Salah, Diaz, Jota.

The evolution is in full swing now as our squad ages and I’m excited for the new season.

In conclusion, Sadio is gone…..but Sadio mark II is already in place.

Can’t blame Lukaku for leaving
Kel asks a question about unsettled players, citing Romelu Lukaku as an example, because he wants to change where he plays football “every two years”. What I’d say in return is that outside of football, it’s perfectly normal to change jobs (or employers) every two or three years, or at least, it’s more frequent than people who have been in the same place forever – the primary evidence against jobs for life are people who have had the same job their entire life. It’s also a little bit unfair to criticise Lukaku for moving around when he was sent out on loan by Chelsea and subsequently sold to two clubs who broke their transfer record to acquire him (and he was Manchester United’s second most expensive signing at that point according to Transfermarkt).

Ex-F365 ace Daniel Storey has said repeatedly about one of his favourite players that Lukaku is at his best as a counter-attacking threat, not playing with his back to goal. While his isn’t the only valid opinion, it is surprising that a club with as many scouting resources as Chelsea would spend as much money as they did on a player who cannot do the job they want him to do very effectively. They could have had Christian Benteke for a fraction of the price. Or could they?

Kel also raises another example of how footballers cannot win, echoing a point made by the late Justin Edinburgh in one of the last interviews he gave to the Non-League Paper. Footballers want to play football, especially in Lukaku’s case with a World Cup imminent. If they aren’t selected and ask to leave, whether permanently or on loan, they are criticised by the likes of Kel and Edinburgh because they lack the desire to fight for a place (or, in real terms, sit on the bench watching others play); if they aren’t selected and don’t get upset about it, they are accused of being all too willing to collect a salary they aren’t seen to be earning (because they seem happy to sit on the bench watching others play while waiting for their opportunities).

There are things Lukaku can be criticised for, but wanting to play in a system that suits his strengths is not one of them, with his track record of thriving in the right environment.
Ed Quoththeraven (will F365 leave my mail intact for editorial integrity, or copy the NLP and edit it for epic banter)

Aaron in the middle
Has anyone thought of using Aaron Wan Bissaka at centre-back? Or one of three at the back? It’s obvious he doesn’t fit the modern definition of a full back. He’s not cut from the same cloth as Trent Alexander-Arnold. But I don’t see him being worse than Kyle Walker at CB.
OA 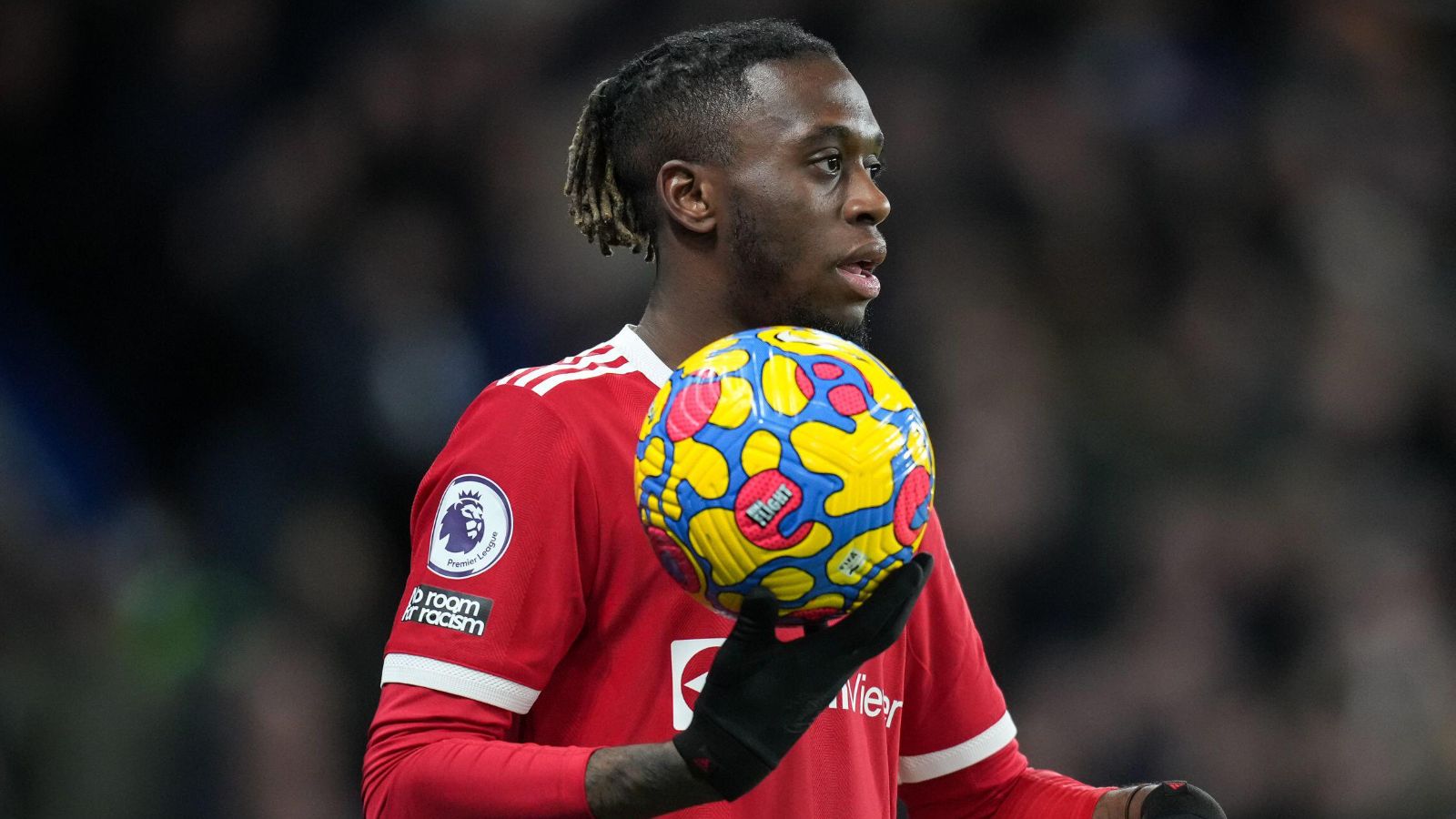 Chelsea’s power
Your feature on Granovskaia’s Chelsea signings intrigued me. I think it serves to highlight the true advantage of the kind of wealth Chelsea, city, PSG and the like have. And it’s not simply the spending. Lots of teams spend money. Instead it’s the ability to make mistakes and it not really matter. Lumbered with the some of the big money signings on big money wages, other teams would suffer. They couldn’t move them on and it would impact their ability to buy and their wage bills. But not for Chelsea. Or City. Or PSG. Or, presumably, Newcastle. They can just brute force their way through the transfer market without any consequences. That was stark reading. Puts Liverpool’s success into a greater light.
Rob. (No. Not a Liverpool fan)

Books for the beach
Dave, South Wales — excellent question. I’m struggling to fill my non-football days too (Cricket? Golf? Family? – no ta) so I’ve been re-reading some classics. First up, I recommend The Miracle of Castel di Sangro – it’s the account of an American sportswriter Joe Mcginnis, living in this tiny mountain town that has just been promoted to Serie B for the first time. It’s funny, exciting and heart-warming.

Also — My Favourite Year – which is an anthology series including Roddy Doyle, Harry Pearson and Nick Hornby writing about their fave seasons at their clubs. It’s random and hilarious.

…I thoroughly enjoy the idea of suggesting media for football fans to read in the season break.

Currently I’m reading Inverting the Pyramid and The Numbers Game. The former is an excellent book detailing the history of footballing formations and it’s changed and reformations over the years, the latter a look at statistics and their increasing (but still growing) use in football. I’ll admit alot of it goes over my head, and I’m still somewhat a believer of the “vibe” of a player over pure statistical output, but it’s certainly an excellent book
DaraghJohn, Wycombe fan

The two frontman are among the most fearsome in European football, but for a leading governing figure, one is head and shoulders above the...

The Shapeshifters promo has landed in FIFA 22 Ultimate Team, bringing us some incredible new cards. Player position changes are the main part of...

£75k-a-week Italian ‘would be interested’ in Hotspur Way move

Tottenham Hotspur target Nicolo Zaniolo may find the opportunity to work under an Italian manager appealing, according to journalist Pete O’Rourke. Spurs have already...

Allegri has decided that Koulibaly will replace De LigtJuvefc.com

Max Allegri has anointed Kalidou Koulibaly as the replacement for Matthijs de Ligt. The Dutchman looks set to leave Juventus in this transfer window...

Former Chelsea player Frank Lebouef has given his thoughts on the Blues being linked with Cristiano Ronaldo and Neymar. Chelsea have been linked with a...

AC Milan and Chelsea are reportedly set to finalise discussions regarding a Hakim Ziyech deal. Negotiations between the two clubs started a couple weeks...

Liverpool will be heavily impacted by another mid-season tournament in 2023/24, after a major change to the Africa Cup of Nations schedule was confirmed....

Mohamed Salah was reportedly ‘prepared to move to Chelsea’ before Liverpool made him the highest-paid player in their history. It was revealed on Friday...

Fabio Carvalho revealed he was itching to sign for Liverpool upon learning he had caught their eye. The 19-year-old has now officially completed his...