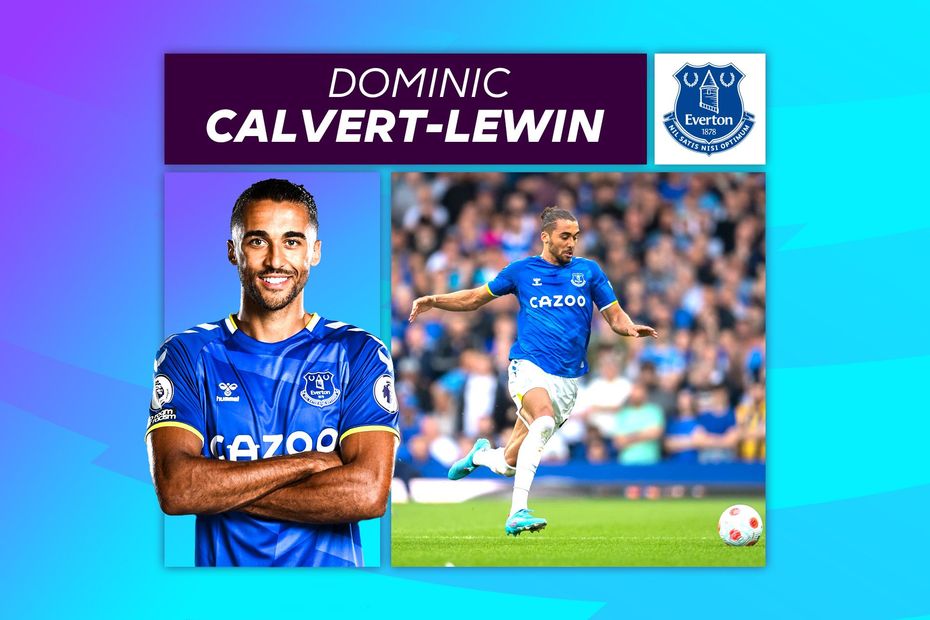 Adrian Clarke looks at key tactical points and players who can be decisive in Matchweek 37.

Now that he has returned to full fitness, Calvert-Lewin can be the focal point Everton need to help them get over the line in their battle to stay in the Premier League.

The striker made only his 13th start of an injury-ravaged campaign in Sunday’s 3-2 defeat to Brentford, scoring for a fourth time this season.

Losing that key fixture, with nine men, was disappointing, but Calvert-Lewin’s goal will lift his morale ahead of Thursday’s hugely important home encounter against Crystal Palace.

While the 25-year-old will be frustrated at his lack of goals and match-time, it is clear Everton are more potent when he starts.

As shown in the table above, Frank Lampard’’s side score almost double the number of goals per match when Calvert-Lewin is in their starting XI.

His presence in attack adds an additional goal threat and with the lively Richarlison and Anthony Gordon flanking him, Palace’s defence will have their hands full.

The Toffees like to mix up their distribution between short and long passes, but Calvert-Lewin’s inclusion in the side does provide a handy outlet.

No Everton player wins more aerial duels per 90 minutes and despite featuring for only a third of the campaign, just one team-mate has won more in the air than him.

When Palace go to press Everton inside their own half, they are more likely to be susceptible to a longer pass because of Calvert-Lewin’s presence.

He won nine of 12 aerial contests against Brentford last time out and his flick-ons will help the likes of Richarlison and Gordon to advance.

Most aerial duels won at Everton

The 6ft 2in striker scored seven headed goals in 2020/21, which means he is a threat every time Everton send the ball into the box.

This is an approach Everton have taken a lot this season, despite their disappointing results.

Using the wings as a source of their attacks more frequently than most teams in the division, they have produced the third-highest number of successful crosses.

Currently using a 3-4-2-1 formation, Lampard has given opportunities to Alex Iwobi and Vitalii Mykolenko in wing-back positions and both will hope to provide plenty of service to their attack.

If Calvert-Lewin can dominate Palace’s defence, Everton have a great chance of securing their Premier League status.

It is an additional blow to the club after they were demoted in 2021 to the second-tier National Super League side Zoo FC have...

Beth Mead scored a brilliant opening goal of what promises to be a special tournament, but England need to make more of their talent...

What Christophe Galtier must do to succeed as PSG boss

The arrival of Christophe Galtier at the Parc des Princes signals a change in direction at Paris Saint-Germain. Gone is the clamour for big...

Multiple reports  Raheem Sterling is on the verge of leaving Manchester City. Sky Sports reported on Wednesday that the winger has reached a personal agreement with Chelsea—only financial...

The promising A-League playmaker will link up with the Blues’ U-18s at the club’s Spanish pre-season training camp in La Manga before heading off...

Report: Premier League side now closing in on deal for ‘magnificent’ Arsenal player

Arsenal goalkeeper Bernd Leno is closing in on a move to Fulham, according to West London Sport. The Gunners stopper has been linked with...

There are some exciting new prizes on offer for Fantasy Premier League managers in the 2022/23 season. Not only are more prizes being awarded...

Fantasy Premier League managers will be able to make unlimited free transfers between Sat 12 Nov 13:30 and Mon 26 Dec 13:30 when the...

Fantasy Premier League is now live for the 2022/23 and we have managers covered in readiness for the new season.  Build your FPL squad...