Fantasy Premier League: Tips on which players to transfer in for Double Gameweek 37

As we reach the penultimate gameweek of the Fantasy Premier League season, the fixtures have piled up and Gameweek 37 includes two matches for each of Aston Villa, Leicester City, Crystal Palace, Burnley and Everton.

It offers a big opportunity to make up significant ground, but some single-gameweek clubs also have players with a huge motivation to do well.

Manchester City, Liverpool, Arsenal and Tottenham assets remain well up the pecking order and most of them should be held onto this week.

Replacing out of form or injured players elsewhere could certainly pay off this weekend, so here’s a look at the best transfers for DGW37…

Everton assets carry the most appeal of the sides who double up, as they look to avoid relegation. They have home games against Brentford and Palace this week — but beware of their trip to Arsenal on the final day of the season.

Richarlison (£7.5 million) is their form player with four goals and two assists over the last six gameweeks. He’s had more shots on goal than any other player in this time, as well as being top for Opta-defined “big chances” with six. He’s also on penalty duty for Frank Lampard’s side. Managers who still have Michail Antonio (£7.4 million) — who has an injury and whose West Ham United side are up against Manchester City next — should make the switch to Richarlison.

At the back for Everton, Jordan Pickford (£4.8 million) has been in superb form in recent games, making 29 saves in his last seven appearances. He’s the top-performing goalkeeper over this period. He presents a tempting move for owners of Aaron Ramsdale (£5.1 million), as Arsenal are without a clean sheet since the last international break.

Villa also have two home games, against Palace and Burnley. A trip to the Etihad in Gameweek 38 does dampen their appeal, though. Both of Villa’s opponents in this DGW37 have shown decent form lately, and Burnley are another side trying to avoid the drop.

The reverse fixture last weekend saw Villa beat Burnley 3-1 and Ollie Watkins (£7.5 million) was on the scoresheet. Their schedule and Watkins’ three goals in his past six games make the striker a tempting proposition, but Richarlison is perhaps the superior option given his underlying numbers, set-piece involvement and motivation. 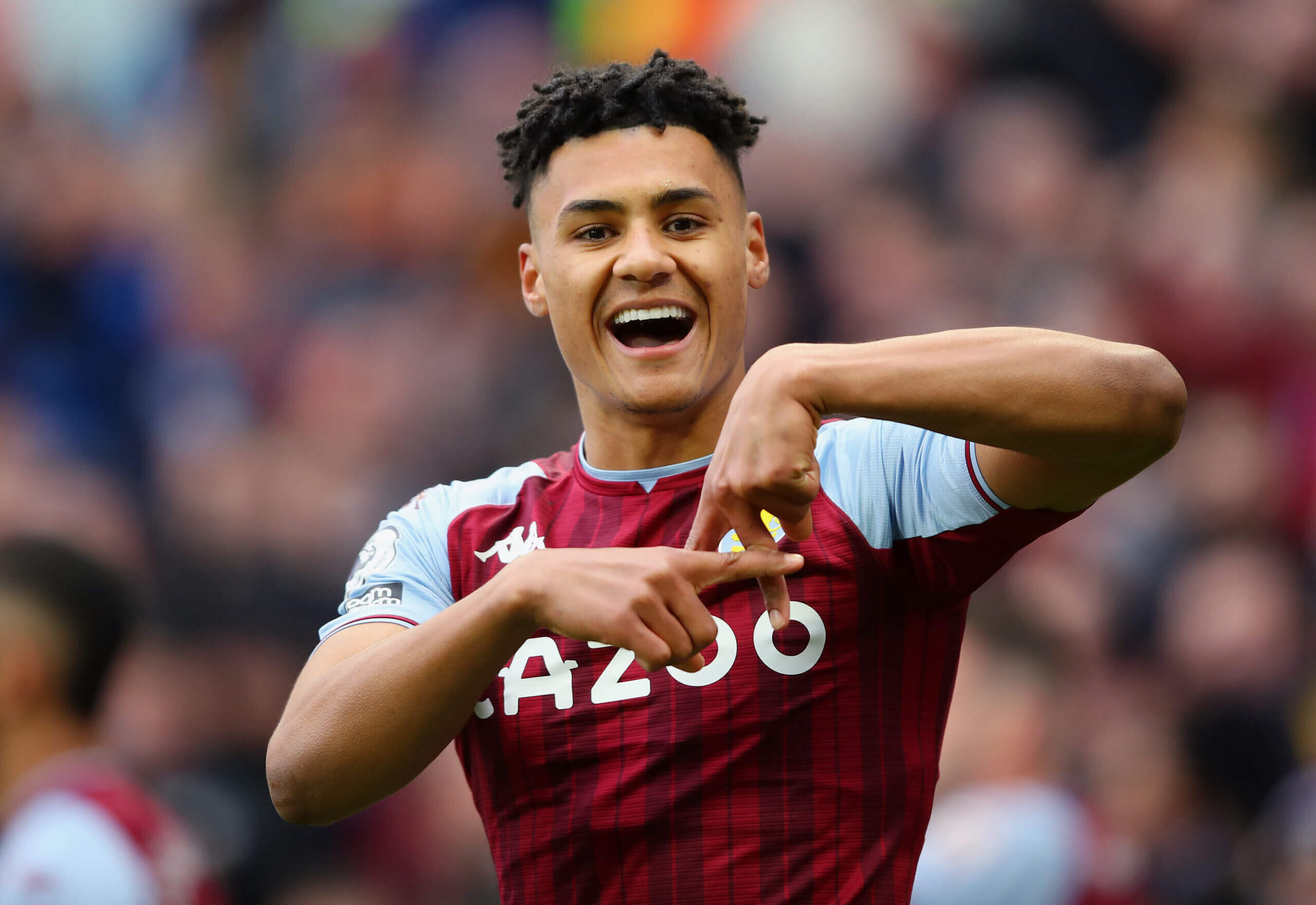 Ollie Watkins has been back among the goals for Aston Villa (Photo: Marc Atkins/Getty Images)

Instead, it is Villa’s defence that carries the most appeal, especially with a surprisingly swift return from injury for Lucas Digne (£5.0 million). A clean sheet against Norwich City followed by an assist against Burnley has given him a late-season points boost and he could be the go-to option for managers who own Ruben Dias (£6.2 million) now the Manchester City centre-back who has been ruled out for the rest of the season.

Matty Cash (£5.3 million) is also a worthy Villa inclusion, with three goals and three assists this season. He poses less of a rotation risk, having been fit to start every game of this Premier League season. Keep an eye on Chelsea’s midweek and FA Cup final team sheets, too, given rumours of unrest between Thomas Tuchel and Marcos Alonso (£5.7 million), who is owned by just under 15 per cent of fantasy managers.

Looking at the final gameweeks together, Palace have perhaps the most promising schedule, travelling to Everton and Villa before hosting a lacklustre Manchester United on the final day. The south Londoners have won three of their last six games.

Wilfried Zaha (£6.9 million) is flying under the radar despite scoring four in his last six games. No player can better his 11 shots on target over this period, and he’s also on penalties for Palace. At an ownership rate of less than 10 per cent, Zaha is a big differential if you’re looking to make up ground. Those managers holding Chelsea and Leicester midfielders, who have been prone to rotation, would be advised to make the switch.

Speaking of Leicester, they have trips to Chelsea and Watford. Their run to the semi-finals of the Europa Conference League has had a damaging impact on their Premier League form. Pickford is the superior option to Kasper Schmeichel (£5.0 million) and there are fitness question marks surrounding his Leicester team-mate James Maddison (£6.9 million), who missed the visit of Everton last weekend. Avoid.

Our preview of the double gameweek sides concludes with Burnley, who have the toughest fixtures of the lot, visiting Villa and Tottenham.

Josh Brownhill (£4.3 million) is their form player, with one goal and two assists in the last four gameweeks. He is excelling under caretaker manager Mike Jackson but will fail to excite fantasy managers as a budget midfield option at this late stage in the season.

The lure of Double Gameweek 37 isn’t present for many, with Eddie Nketiah (£5.6 million) and Son Heung-min (£11.0 million) among the top player transfers. Outside of those clubs who double up, Arsenal and Spurs have the most appealing fixtures to end their seasons and we cannot doubt their motivation either as they hunt a coveted return to Champions League football.

For fantasy managers who don’t already own Son, it’s not too late to bring him in, even if you may incur a four-point hit to move on from team-mate Harry Kane (£12.4 million). Son has been an absolute rank-killer for non-owners in 2022 and still hasn’t broken into the top five most-owned players in the game, despite seven goals and two assists in the last six gameweeks.

Tottenham face Burnley in Gameweek 37 before travelling to relegated Norwich for an attractive fixture on the final day of the season. Son has 20 goals for the campaign, sitting two behind Mohamed Salah (£13.3 million). We could even see the South Korean on penalty duty in these remaining games to make up the ground in the Golden Boot race.

Those managers who own out-of-form budget strikers but can’t stretch to Richarlison or Watkins should consider Nketiah. He’s started the last five games for Arsenal, scoring four goals in that time. He’s a real differential and sits top for big chances since making his mark in Mikel Arteta’s starting XI.

When it comes to the title race, Manchester City and Liverpool assets are “holds” but not “buys” this week. City have injuries in defence and their visit to West Ham next Sunday could be their biggest hurdle left between them and a fourth Premier League title in five seasons.

Liverpool’s punishing schedule continues in the hunt for the quadruple, with Saturday’s FA Cup final coming three days before a trip to Southampton.

If City can deliver two more high-scoring thrashings against Wolves today (Wednesday) and West Ham, the title race will be all but over by the time Liverpool kick off their own Gameweek 37 fixture at St Mary’s.