Electronic Arts (NASDAQ:EA) shareholders are in for a bumpy trading week ahead. The video game giant, whose stock has trailed the market over the past year, will report fiscal 2022 third-quarter earnings on Feb. 1.

Investors are hoping that the video game publisher has good news to reveal about demand trends and profitability through late 2021. The outlook for the full fiscal year might receive a significant update, too, depending on how well its latest game launches, like the latest in the Battlefield franchise, have done.

With that big picture in mind, let’s look at a few metrics to watch when EA reports earnings on Tuesday. 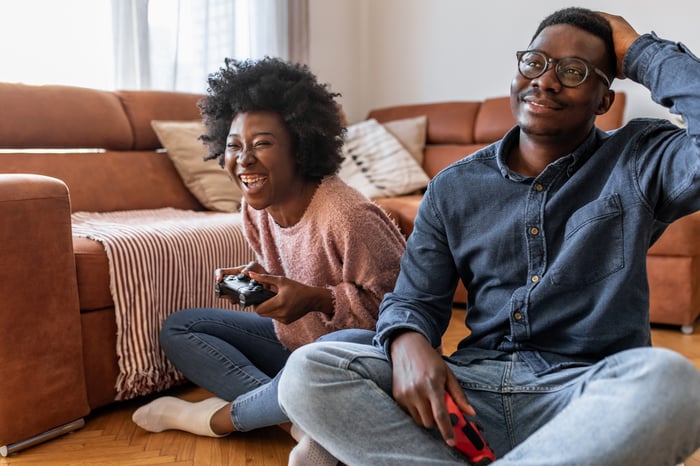 Investors will be keenly interested in whether EA’s strong growth rate hit a snag in the period that ran through late December. Management said in early November that it expected sales to rise about 9% to $2.6 billion, which would mark solid growth considering that the prior-year period was so strong. EA had a huge win with its FIFA 21 release a year ago, and shareholders should be happy to see further gains compared to that record result.

However, that forecast came just before the launch of Battlefield 2042, one of EA’s biggest releases of the year. The game, which goes up against Activision Blizzard‘s (NASDAQ:ATVI) Call of Duty brand, attracted mixed reviews from fans of the franchise. We’ll learn on Tuesday whether initial sales missed management’s internal targets, and what that might mean for the rest of EA’s fiscal year ahead.

The news is likely to be more positive when it comes to key financial metrics like profitability, cash flow, and earnings. EA’s previous quarter showed off the power of its games-as-a-service approach, with operating income jumping to $340 million, or 19% of sales, compared to $149 million, or 13% of sales, a year ago. Operating cash flow is looking just as strong and likely to reach $2 billion in fiscal 2022 compared to $1.9 billion last year and $1.8 billion in fiscal 2020.

Those metrics all require steadily growing engagement that’s supported by an expanding gamer base and lots of in-game spending even in free-to-play and casual games. Watch for CEO Andrew Wilson and his team to discuss those monetization trends on Tuesday, especially within Apex Legends, Battlefield 2042, and EA’s sports titles including FIFA and Madden.

Given the stock’s underperformance in recent weeks, most investors aren’t expecting a big upgrade to EA’s short-term growth outlook. Heading into the report, EA has been calling for annual sales to land at about $7.6 billion through late March, translating into a 23% spike. In contrast to Activision, EA believes its 2022 release pipeline is stable and won’t be harmed by major release delays. 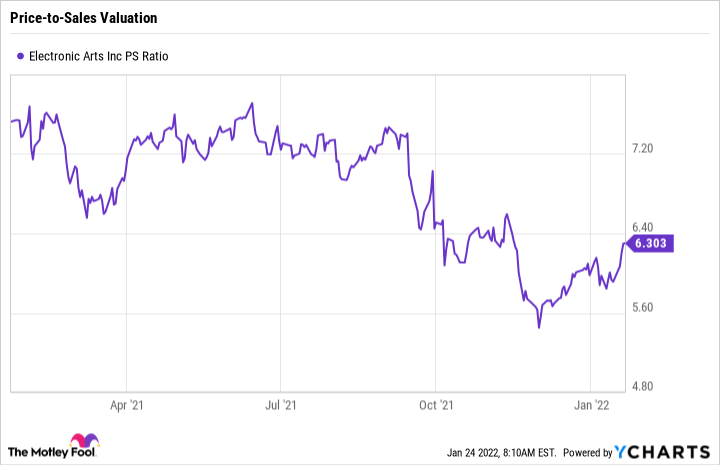 That means video game investors have several reasons to be optimistic about the stock, even if the outlook for Battlefield 2042 is pulled down on Tuesday. EA is still on track to grow following surging demand in fiscal 2021. Earnings and cash flow all point to rising shareholder returns, too. Meanwhile, the stock’s valuation has dropped along with the wider market’s slump since late 2021.

That move doesn’t mean EA can’t fall further. But it does create a better long-term outlook for investors willing to hold shares through the current volatility spike.

This article represents the opinion of the writer, who may disagree with the “official” recommendation position of a Motley Fool premium advisory service. We’re motley! Questioning an investing thesis — even one of our own — helps us all think critically about investing and make decisions that help us become smarter, happier, and richer.