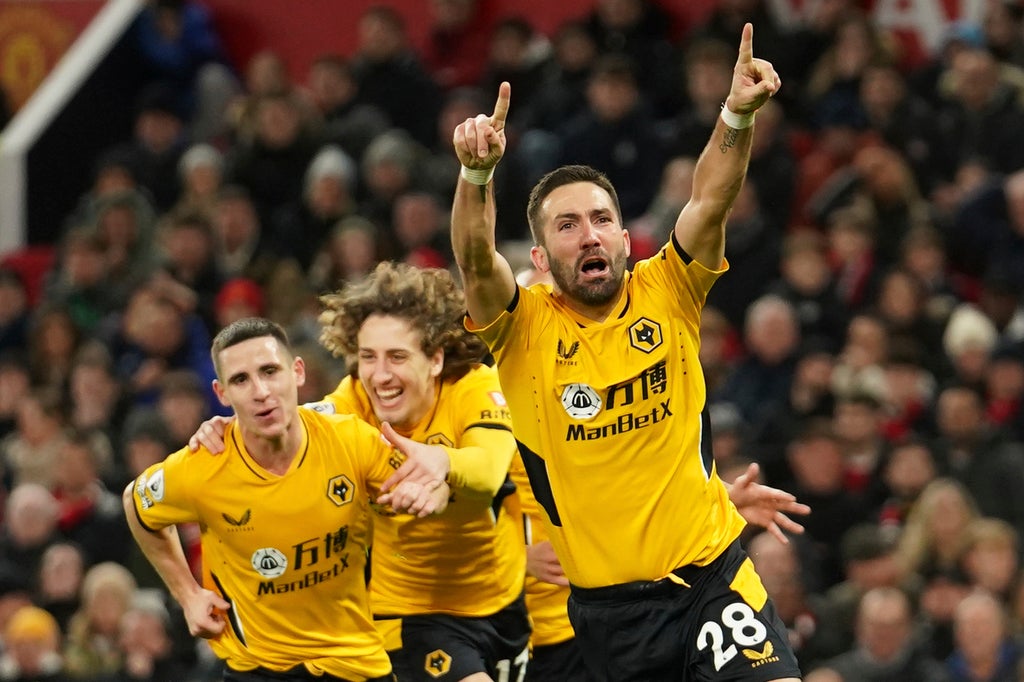 Not since 1980 had the Black Country club beaten the Red Devils in their own backyard and Bruno Lage’s team were well worth their 82nd-minute winner on Monday.

Wolves dominated the first-half and enjoyed great success down both flanks, as well as from range with Ruben Neves firing off a trademark dipping volley from the edge of the box that David De Gea acrobatically denied.

United were wayward in their counter-attacks and gave the ball away cheaply when attempting to hold onto possession, leading to the visitors firing off 11 more shots through the first period.

Yet, aside from De Gea’s save from Neves, the inability of Bruno Lage’s side to deliver quality finishes to their attacks underlined why they had scored just 13 goals from their 18 league games leading up to this trip.

As for United, Cristiano Ronaldo was inches away from a pair of Aaron Wan-Bissaka crosses as link-up play down the right offered the most hope for a breakthrough.

The inevitable post-break rise from the hosts came but without any serious threat to Jose Sa’s goal. The home fans remained faithful to their efforts but mumblings of discontent by booing Ralf Rangnick’s decision to substitute Mason Greenwood for Bruno Fernandes on the hour mark.

It was Fernandes who was then presented with the best chance of the match when Nemanja Matic cut the ball back from the byline, finding the Portuguese midfielder unmarked as he pumped a shot against the crossbar.

Ronaldo had the ball in the net moments later, from an offside position, before firing wide from a one-on-one moments later as Old Trafford – assisted for the first time by over 1,500 fans in a safe standing section – found its voice.

Wolves had little intention of providing the Red Devils with a classic late win however and Romain Saiss clipped the woodwork with his free-kick, after Matic had been forced to down Adama Traore’s run.

And the breakthrough came in the final 10 minutes when substitute Traore saw a cross diverted only half clear by Phil Jones, falling to the feet of Moutinho for a perfectly placed finish into the bottom corner.