Liverpool are said to be ‘lurking’ for the potential signing of Barcelona central defender Ronald Araujo.

The Reds have been linked with the 22-year-old recently after the Uruguayan became a regular feature at the heart of the Catalan giant’s defence.

Araujo has established himself for club and country in recent months having come through the youth ranks at the Camp Nou.

According to a report from Sport, as cited by Barça Universal on Twitter, Liverpool and Chelsea are both eying up the talented defender.

Premier League teams have Ronald Araújo on their radar. Teams like Liverpool or Chelsea would be willing to bid for him in the summer.

The report claims that there is ‘enormous interest’ in the five-cap ace but it’s the Anfield club who are ‘ready to take the step’ in the pursuit.

So far this season Araujo has scored once in 14 appearances across all competitions.

Valued at £22.5million and under contract until 2023 (Transfermarkt), any renewal is said to be ‘complicated’ due to the levels of interest.

However, Gomez and Phillips have rarely featured this term and both could be looking to move onto pastures new sooner rather than later.

Already performing at the top level and boasting an array of impressive attributes, signing Araujo at 22 would stand the Reds’ defence in strong stead for many years to come. 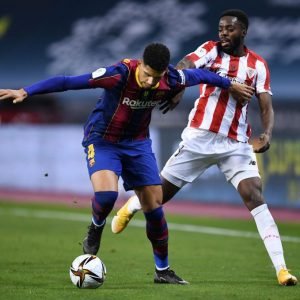 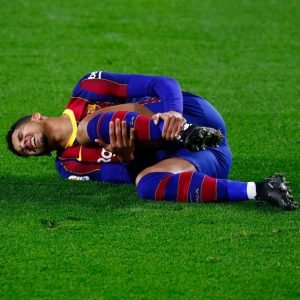