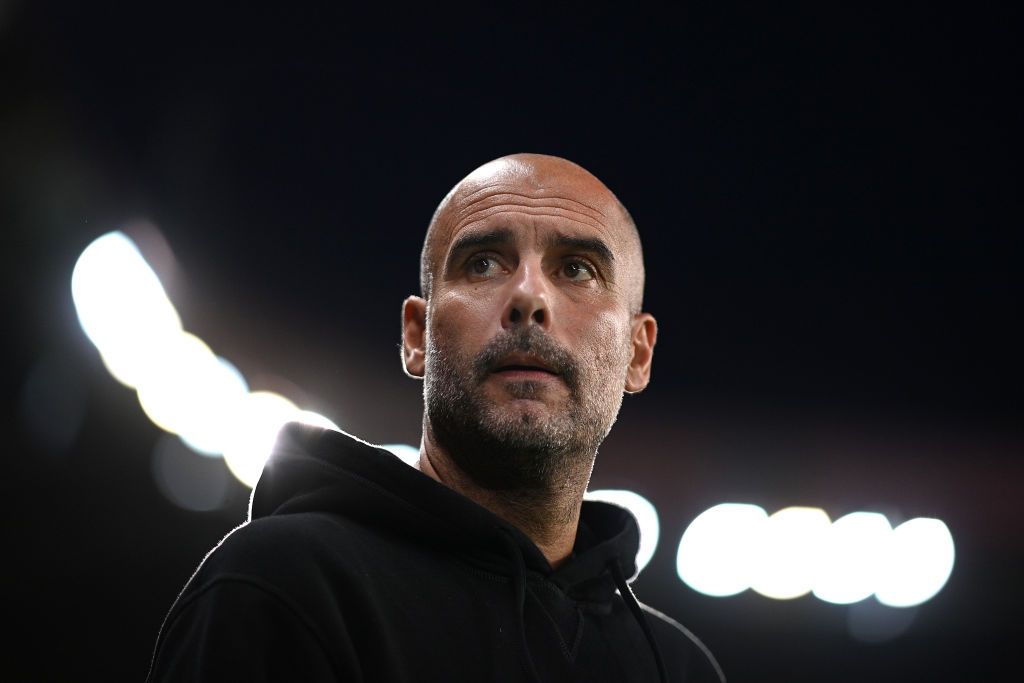 Manchester City are planning to use Barcelona’s interest in Raheem Sterling to their own advantage, with Pep Guardiola hoping to flip the situation in his own favour.

El Nacional are reporting that Guardiola is rather hopefully attempting to lure Pedri from the Catalan giants, despite the club earmarking the midfielder as the heir to Lionel Messi at the club.

Pedri has had a whirlwind 18 months for Barca, starring for the club in Messi’s absence, playing for Spain at Euro 2020 and winning the 2021 Kopa Trophy last night at the Ballon d’Or award ceremony. He also signed a recent contract with Barcelona with a billion-euro release clause.

While Guardiola’s bid for the teenager is a little outlandish, the injury problems that Pedri has faced of late have called both Barca and Spain into question over their handling of the player.

Pedri has been sidelined after many have said he’s been overplayed – and given Barcelona’s financial problems, perhaps they would consider letting the starlet leave for the right price, especially with injury issues.

The move does, at current though, seem hugely unlikely.

City have also been linked with the likes of Luka Modric in recent days, perhaps pointing to the idea that Guardiola would like more creativity in the centre of the pitch. Kevin De Bruyne has been somewhat disappointing this season, with Bernardo Silva starring alongside Rodri centrally.

Silva was rumoured to be leaving in the summer, however, while forward Ferran Torres is also heavily linked to Barcelona. Raheem Sterling could leave for either Spain, Liverpool or Arsenal, too, should the whispers be believed.

Manchester City are second in the Premier League, just a point behind Chelsea.

Arsenal have smart deadline day contingency deal set up if…

Paul Pogba has broken his only promise to Manchester United…