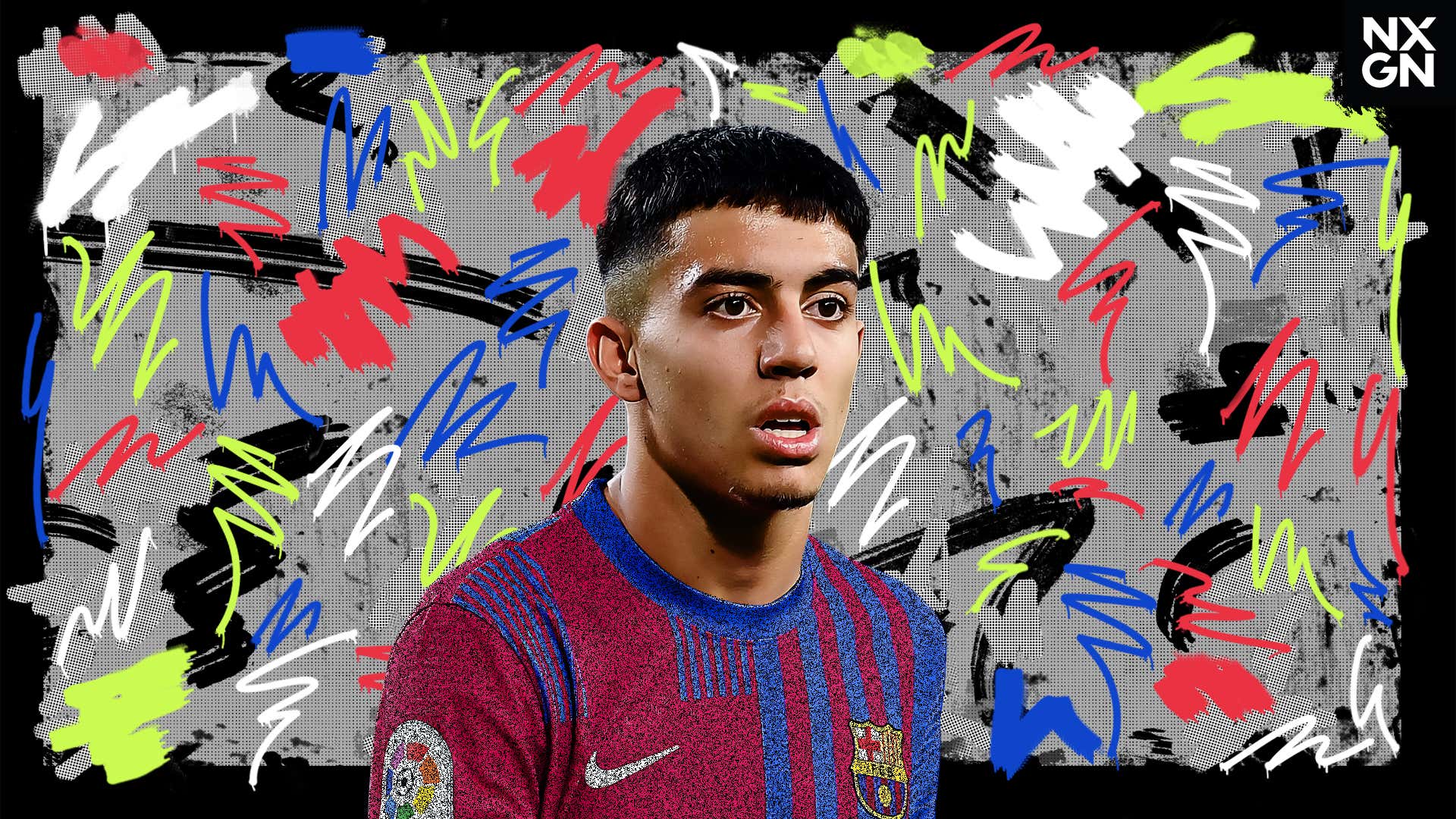 Back in 2008, when Pep Guardiola managed Barcelona for the first time at Camp Nou, he named a surprise debutant in his starting line-up.

Having lost his opening game away at Numancia, the Catalan coach brought in 20-year-old defensive midfielder Sergio Busquets to help shore things up for the Blaugrana at home to Racing Santander.

And though the introduction of Busquets did not bring about victory in that game, which ended in a 1-1 draw, it did help set the foundations for Guardiola’s success at Barca, as the current Spain captain quickly became a lynchpin for his midfield mentor.

Many Barcelona fans are hopeful that Xavi can be the second coming of Guardiola as a coach, and so perhaps it should not have come as a shock to see the team’s new manager also spring a selection surprise on his home debut.

More than a few eyebrows were raised when winger Ilias Akhomach was named in Xavi’s first starting XI for the derby against Espanyol on November 20, particularly given the fact that the teenager had never even made the matchday squad under Ronald Koeman.

But given La Masia is once again at the forefront of the club’s philosophy under president Joan Laporta, it perhaps should have been no surprise that one of the academy’s star performers in recent years should be given such a stage to make his professional bow.

Ilias has long been one of the great hopes of La Masia , with the 17-year-old having been a standout in the club’s outrageously talented 2004-born generation, which has already seen Gavi graduate to the senior ranks.

And though Ilias’ call-up was in part due to injuries suffered by Ansu Fati, Ousmane Dembele and Martin Braithwaite, he looks set to follow Gavi and play a part in Xavi’s revolution in Catalunya.

Born to Moroccan parents, Ilias joined the Barca youth ranks at a very young age, only to be released by the club at around the time his age group was moving from seven-a-side games to 11-a-side.

He was picked up by local side Gimnastic Manresa, where he played for four years before Barca came crawling back in 2017, only for other elite clubs to also show an interest.

“He had several clubs from Europe looking at him at that time,” his agent, Horacio Gaggioli, told Cadena SER, while also confirming that Real Madrid were one of the interested parties.

Ilias, however, only ever wanted to represent Barca, and has spent the last four years making up for lost time as he has made his way through the various age-group sides.

He first came to wider attention in 2019 when, during an interview with Cadena SER, then-academy director Patrick Kluivert claimed that he had “found the new [Lionel] Messi”, with Ilias’ ability to take on full-backs and cut inside from the right onto his left foot resembling the seven-time Ballon d’Or winner at his very best.

A huge weight to put on the shoulders of one so young, and one Ilias will likely carry with him regardless of whether he becomes a key player at Barca or not.

“Ilias is not the new Messi and even if he was, it shouldn’t be said,” Gaggioli said of the comments. “Being Messi is practically impossible.

“He is a great player with enormous potential. They train him well at Barcelona, and he has a very clear head. He is only interested in football.”

Those Messi-like attributes have been on show in the early months of the 2021-22 season for both club and country, with Ilias having committed to representing Spain despite his family’s Moroccan heritage.

In just his fourth start for Barcelona B, Ilias scored twice against Sevilla Atletico in early November, first picking up space between the full-back and centre-back to place a right-footed shot into the bottom corner, before a rasping left-footed shot proved too hot to handle for the opposition goalkeeper as he brought up his brace before half-time.

If it was the footage from that game that persuaded Xavi to hand him his opportunity, then Ilias could barely have timed his first goals in the third tier of Spanish football any better.

“He is a winger who goes both ways when faced with one-on-ones,” explained Xavi’s brother and assistant coach, Oscar Hernandez, after Ilias’ promotion to the first-team squad was confirmed.

“Because of our game model, we need a player like that. He deserves the opportunity.”

Ilias’ first opportunity did only last 45 minutes as he was replaced at half-time, and after being forced to sit out the Champions League draw with Benfica due to a red card picked up in the UEFA Youth League, he was only a substitute against Villarreal on Saturday.

It is felt that the diminutive youngster will need to eventually bulk up as he takes his next steps in the game, but when the ball is at his feet there are few more exciting youngsters anywhere in Spain right now, and Xavi already knows it.

Whether he can hit the heights of a player like Busquets (or Messi) remains to be seen, but there is no doubt that Ilias’ is a journey worth tracking.