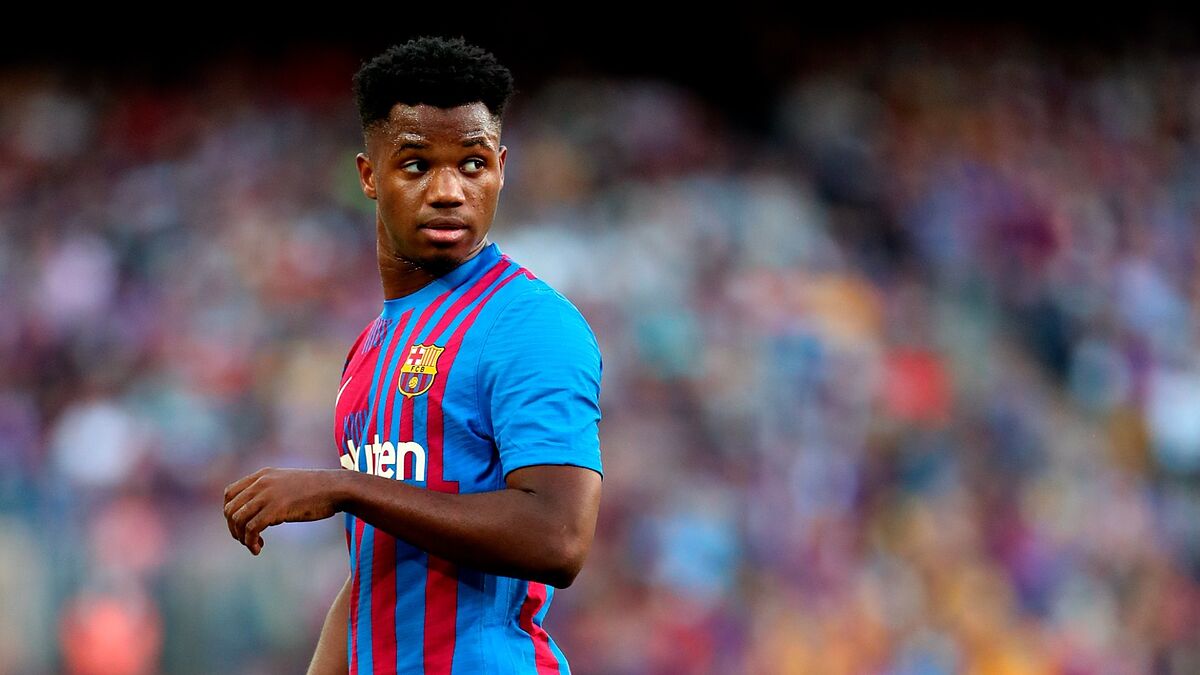 Barcelona‘s biggest game of the season so far will take place away at Bayern Munich in the Champions League on December 8, and it is a match that Ansu Fati is determined to be available for.

The 19-year-old is currently out with a left thigh injury, but he came to the club’s training ground on Tuesday in order to do some more rehabilitation work, even though Xavi Hernandez was not expecting him back until Wednesday after giving the squad two days off.

Ansu Fati felt some discomfort in Barcelona‘s 3-3 draw against Celta Vigo on November 6 and went off at half-time with the score at 3-0 in the Blaugrana‘s favour, and it by no means a guarantee that he will play against Bayern.

Barcelona are determined not to take any risks with Ansu Fati, and next week a decision will be taken between the player, medical team and club regarding whether he will feature in Munich.

Ansu Fati has been clear that he is willing to do everything in his power to be available for this match and that is why he went to Barcelona‘s training ground on a rest day, as did Clement Lenglet and Martin Braithwaite.

Due to his injury problems, Ansu Fati has played in just eight games and featured in a total of 367 minutes so far this season, yet he has still managed to score four goals and provide one assist.