Ballon d’Or 2021: German press hit out after Robert Lewandowski is ‘cheated’ out of award 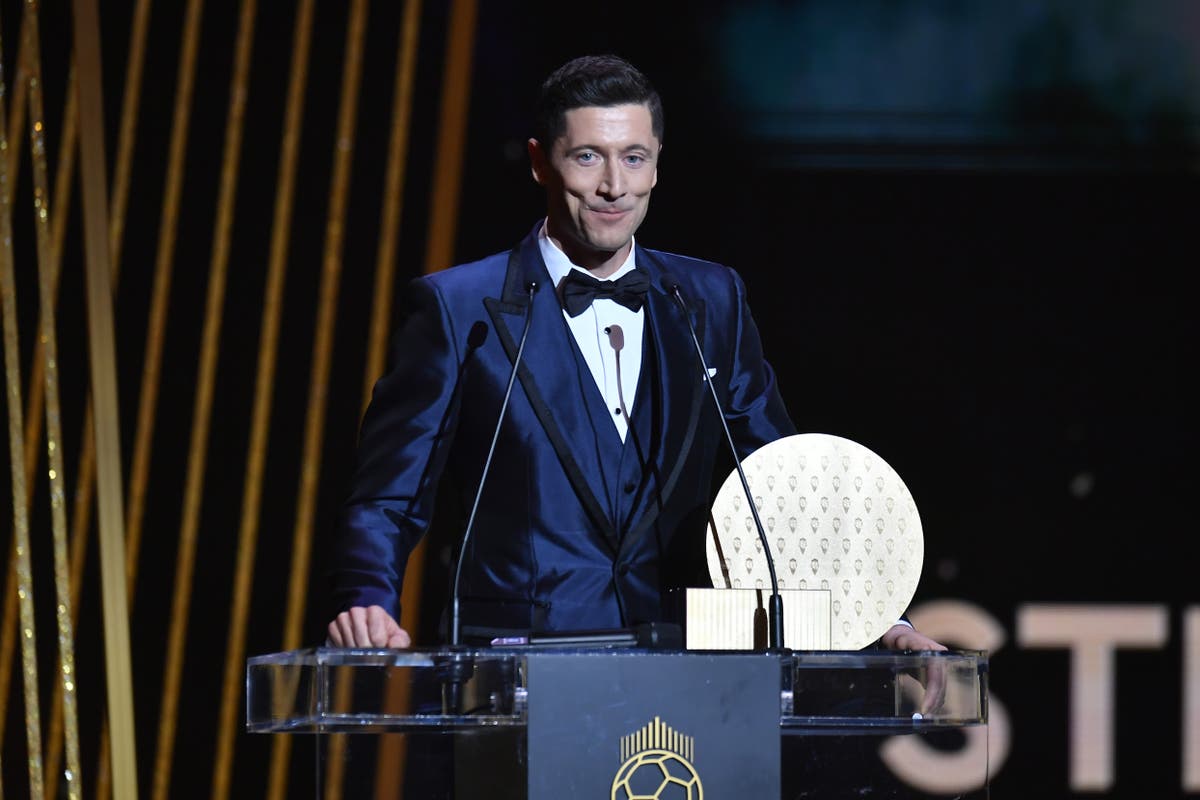 German media have labelled the Ballon d’Or awards “scandalous” and claim they have “cheated” Robert Lewandowski out of the award.

Lewandowski came second to Lionel Messi who picked up the gong for a record seventh time after winning the Copa America with Argentina. Many were furious, particularly as Lewandowski was favourite to win the 2020 title before the ceremony was cancelled as a result of the pandemic.

Lewandowski, who did win striker of the year, scored 38 goals in 30 league games in 2021 and won the Bundesliga.

German newspaper Bild said the Pole was “cheated” adding: “This can not be true. It is a scandalous choice.”

“With all due respect to Lionel Messi and all the other great nominated players nobody deserves it like Lewandowski. France Football didn’t award the prize last year, and if only because of all the titles that Robert has won with Bayern 2020, he is unrivalled not only in the last two years.

“But even if you only take 2021 into account, he was better than the rest. He broke Gerd Müller’s record of the century, is again top of the top scorers list in every competition, and has surpassed everyone nationally and internationally this year as well.”

The Polish international scored 48 goals in the 20/21 Bundesliga season helping Bayern to their seventh straight title and breaking Muller’s record of 41.

And though Messi was gracious to receive the award once again, he did point out that Lewandowski deserves credit for the award he would have won last year.

“I’d like to mention Robert, it’s been a real honour to compete with him. I think France Football should award you your 2020 Ballon d’Or, you deserved it.”