Afena-Gyan: Ghanaian taken out by Covid-19 as Roma visits Bologna 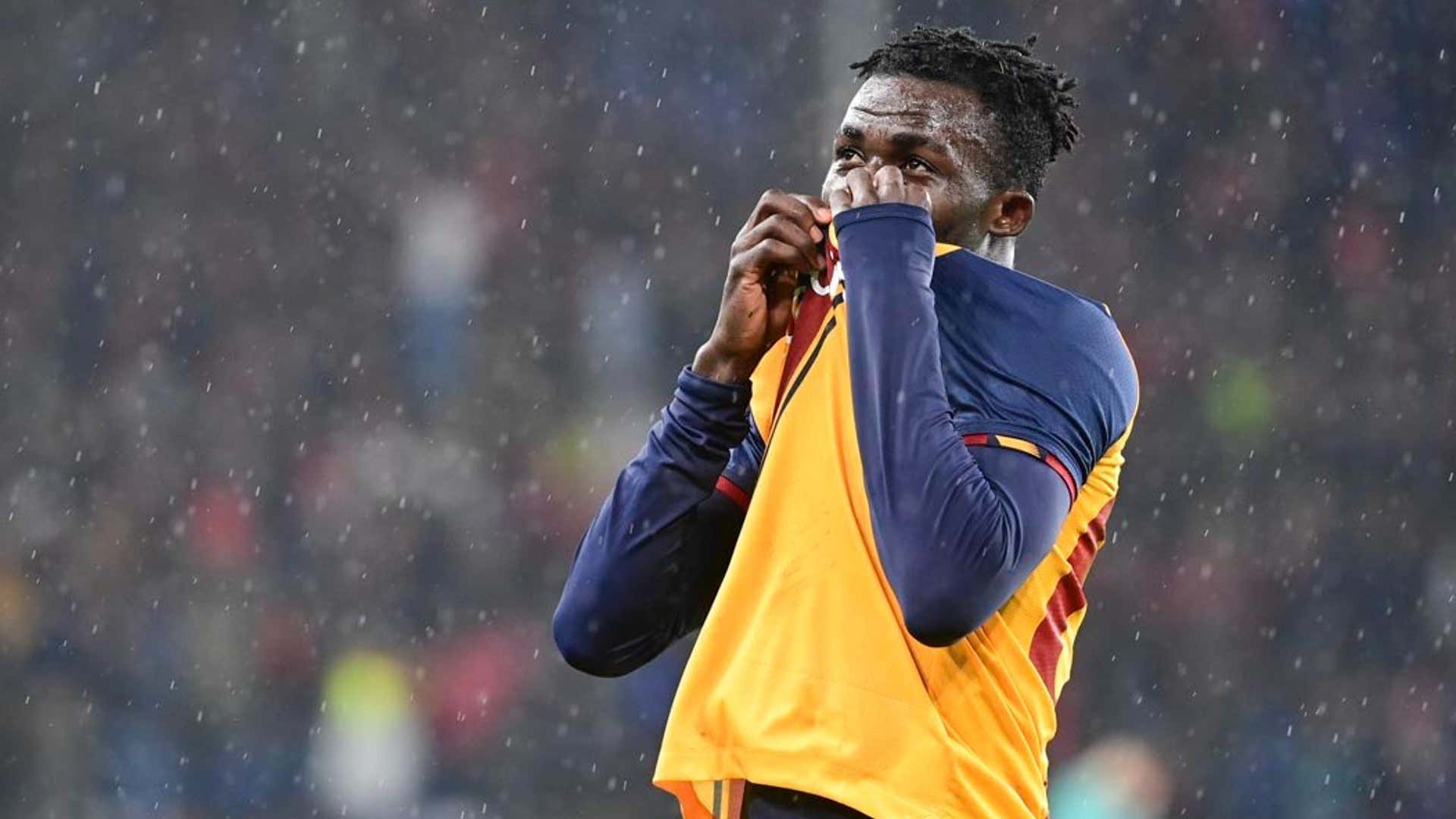 Ghanaian attacker Felix Afena-Gyan has tested positive for Covid-19 and will consequently sit out Roma’s Serie A encounter with Bologna on Wednesday.

The Yellow and Reds have announced the development on their official website on Tuesday.

It will be the third straight time the 18-year-old will play no part on the pitch for Roma since scoring a sensational double against Genoa earlier this month.

“The club can confirm that, following the latest round of molecular testing involving the first-team squad, forward Felix Afena-Gyan has returned a positive test for Covid-19,” Roma’s statement reads.

“The relevant health authorities have immediately been informed.

“The player, who has been vaccinated, is doing fine and has now begun isolating at home.”

Shortly after the club release, Afena-Gyan took to social media, saying, “Tomorrow I’ll be supporting my teammates from in front of the TV. Waiting to test negative and to return to training.”

Tomorrow I’ll be supporting my teammates from in front of the TV. Waiting to test negative and to return to training. Forza #ASRoma 💛❤️ pic.twitter.com/befeTcSHYP

The Ghanaian registered his first professional goals for Roma in a Serie A matchday 13 tie with Genoa, scoring twice after coming on as a second-half substitute.

He was, however, unlucky to miss the club’s next match, a Europa Conference League fixture with Ukrainian side Zorya Luhansk, owing to not being registered for the competition as he was playing for Roma’s youth side at the start of the competition.

On Sunday, he watched from the bench as Jose Mourinho’s outfit sealed a 1-0 victory over Torino on their return to Serie A action.

So far, the striker has made a total of three first-team appearances, his debut coming against Genoa last month.

”The coach believed in me that’s why he sent me to the field and due to that, I didn’t want to prove him wrong or prove myself wrong. So I need to work hard and have a strong mentality and give my best on the field to support the team., ” Afena-Gyan said after his first outing for the senior side.

“I thank everyone, I dedicate my debut to everyone who supported me and who’s still supporting me. I thank the club, everyone in Roma, my mum, everyone who’s in Ghana. Mum, I love you.”

The 18-year-old signed for Roma in January after impressing on trial.

Is your dream job to work for Leicester City? Here are 20…