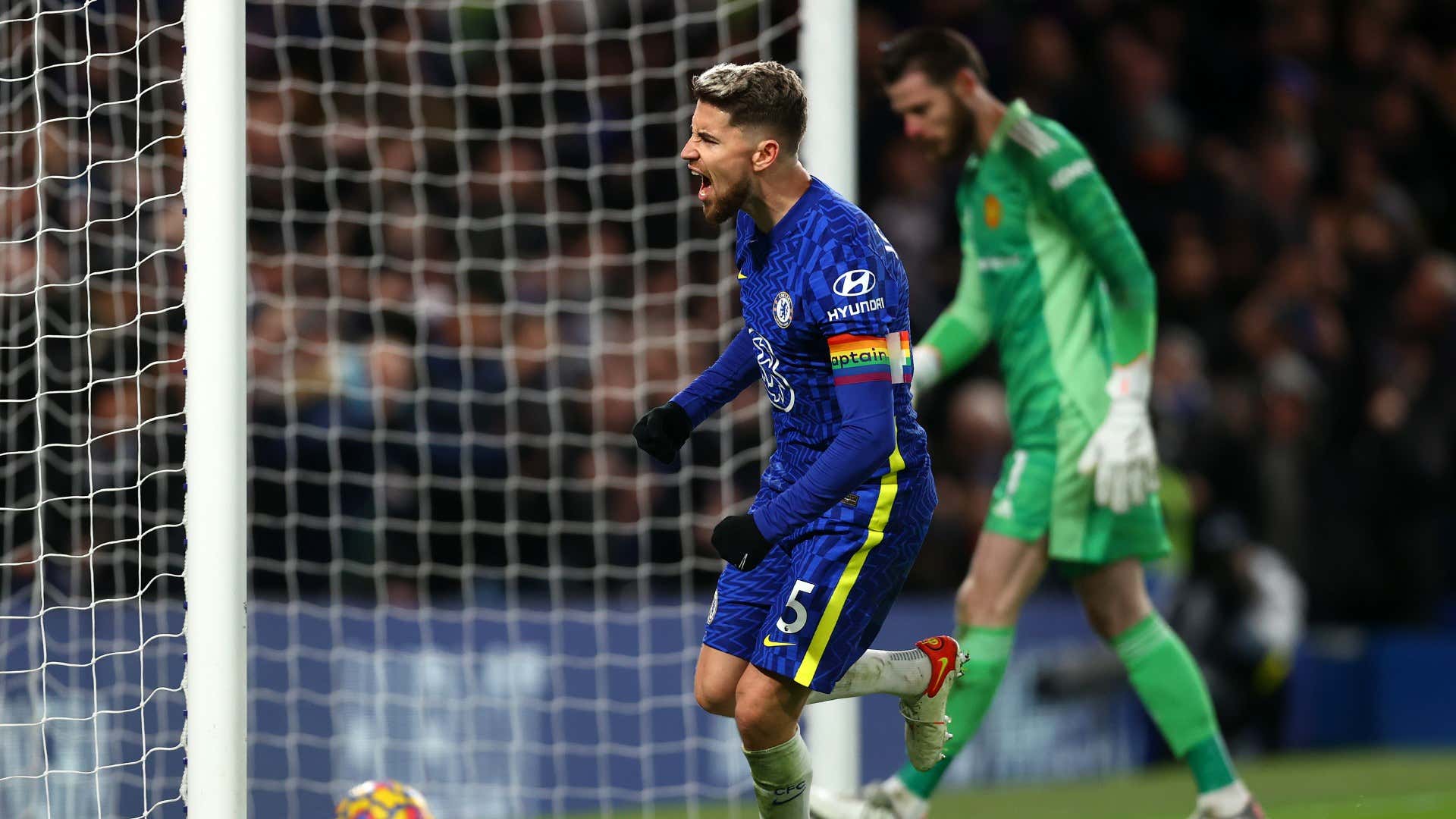 Thomas Tuchel has offered a bizarre excuse for Jorginho’s error against Manchester United, claiming that the Chelsea star was “disturbed” by the floodlights at Stamford Bridge.

Chelsea missed the chance to restore their three-point lead at the top of the Premier League table after being held to a 1-1 draw on Sunday.

The visitors took the lead in fortunate circumstances, with Jadon Sancho capitalising on an uncharacteristic mistake from Jorginho, but the Italian international made amends by equalising from the penalty spot.

With 50 minutes on the clock, Bruno Fernandes sent a looped clearance into Chelsea’s half.

The ball dropped to Jorginho near the centre-circle, but he produced a poor first touch that allowed Sancho to steal in and race through on Edouard Mendy’s goal.

Sancho then used Marcus Rashford as a decoy before rolling the ball into the net, leaving Jorginho with his head in his hands.

Chelsea boss Tuchel came out to defend Jorginho after the game, insisting his concentration was affected by the brightness of the lights in the stadium.

He also praised the midfielder for showing character to score the Blues’ penalty, telling reporters: “He misjudged the situation and I think he was heavily disturbed from the lights. It happens.

“It takes a lot of courage and personality to not be affected during the match and to have the courage to take the penalty. I am very happy that he did it.”

Pressed on Chelsea’s overall performance, Tuchel added: “I am absolutely happy with what the players put in.

“We had so many high ball recoveries, so can we maybe create more chances from this superiority and ball wins? Yes, maybe.

“So the energy is right, the quality is right, and the result is the result. Today it wasn’t in our favour. It should’ve been but we have to accept.”