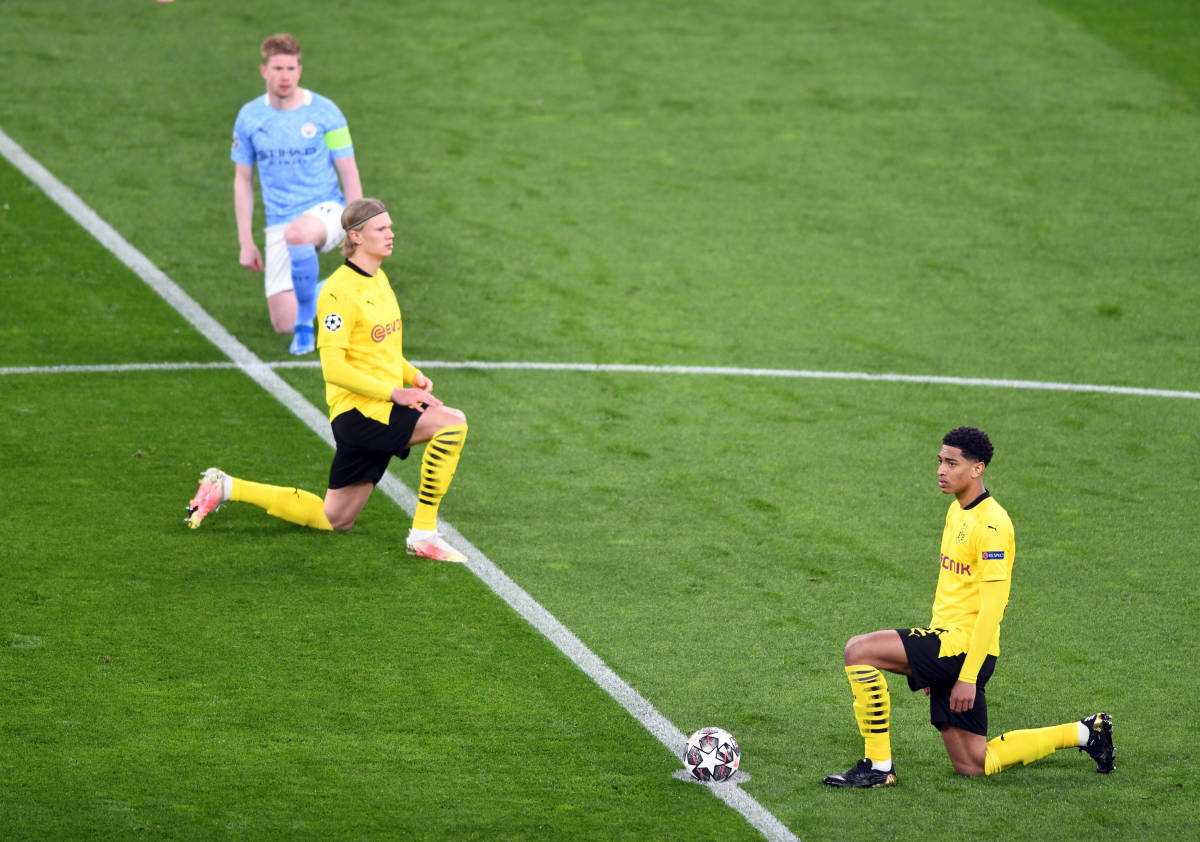 City, who opted not to renew the contract of all-time top goalscorer Sergio Aguero last season, failed to secure the signing of Spurs striker Harry Kane during the summer transfer window.

The Blues are expected to look to sign a new forward again this summer, with Borussia Dortmund’s Erling Haaland one of a number of names to have been linked with a possible transfer to the Premier League champions.

Haaland, Dusan Vlahovic and Darwin Núñez have all been mooted as potential transfer targets in recent weeks, although one journalist reports that the Norwegian sensation is ‘most likely’ to sign for the Blues this summer.

Andreas Korssund has reported that Manchester City remains the ‘most likely‘ club to sign the Borussia Dortmund striker when his release clause becomes active during the summer of 2022.

The 21 year-old, who faced the Blues in the quarter-final stages of the Champions League last season, returned to action for Dortmund against Wolfsburg on Saturday after being sidelined through injury.

Haaland, who’s father made 47 appearances for Manchester City, has 18 direct goal involvements in seven Bundesliga appearances so far this season.

The Norwegian, who is contracted to Dortmund until 2024, has a release clause which becomes active at the end of 2021/22 campaign – understood to be between €75 million and €100 million.

Should the 21 year-old choose to leave Dortmund at the end of the season, Korssund reports that Haaland would be ‘open’ to a move to the Etihad Stadium, where he is reportedly impressed by the club.

If Manchester City were to make a move for Haaland in the summer, they are expected to face stiff competition from around Europe, with a handful of clubs including Manchester United and Real Madrid interested in signing the striker.