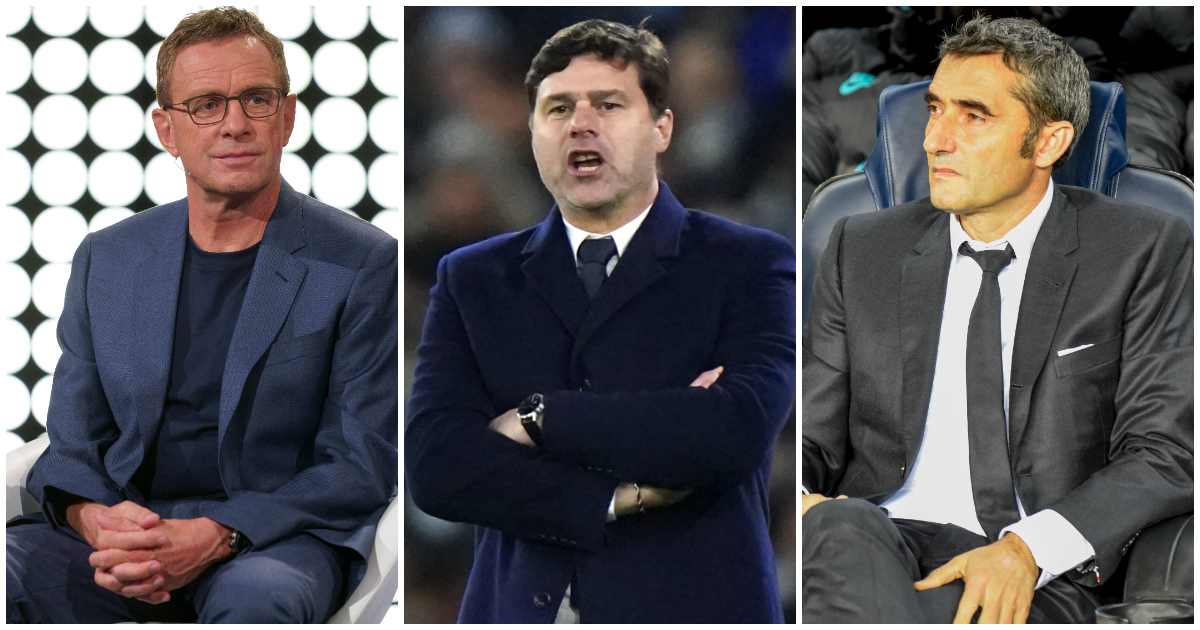 The PSG boss is reported to be willing to walk away from the Parc Des Princes immediately to take over at Old Trafford, and United are said to be happy to do their bit.

But ESPN claims the Red Devils’ initial approach was knocked back by PSG, with the Daily Star claiming United will have to wait until the summer to get Pochettino away from Paris.

We know PSG don’t like losing face. Even if Zinedine Zidane is ready to replace Pochettino, the Qatari-owned French club will dig their heels in, which could put the onus on Pochettino and/or United to force their hand.

SIX ON INTERIM SHORTLIST
If United must wait for Pochettino then they will go back to their initial plan of appointing an interim manager.

The Mirror says United have six names in the frame: four out-of-work coaches, a Moscow-based sporting director, and the interim to the interim.

Ernesto Valverde, Lucien Favre, Paulo Fonseca and Rudi Garcia are all kicking their heels at the moment, while Ralf Rangnick is not long into a three-year contract as head of sports development at Lokomotiv Moscow. All five have already been interviewed, apparently.

Then there is the possibility they could just give the job to Michael Carrick. Which would no doubt make Paul Scholes’ tits itch.

LIVERPOOL IN HUNT FOR PULISIC
Away from the mess at Old Trafford, it is claimed that a queue is building for Chelsea forward Christian Pulisic.

El Nacional reckons Liverpool and Barcelona are jostling for position at the front of the line. But both clubs may as well not bother.

Apparently, Chelsea won’t sell to a Premier League rival, while Barca cannot afford the €50million fee it would take to purchase Pulisic.

SPURS EYE ENGLAND KEEPER
Tottenham will be looking for a new goalkeeper next summer, when Hugo Lloris is out of contract and Pierluigi Gollini is due to return to Atalanta.

Football insider reckons Spurs are still planning to move for Sam Johnstone, who will also be a free agent upon the expiry of his deal at West Brom.

Apparently, Johnstone is more than willing to move to Spurs even if he is not guaranteed the No.1 spot straight away.