Chelsea report: Barcelona want Hakim Ziyech and Timo Werner, with Blues in position to demand target of their own 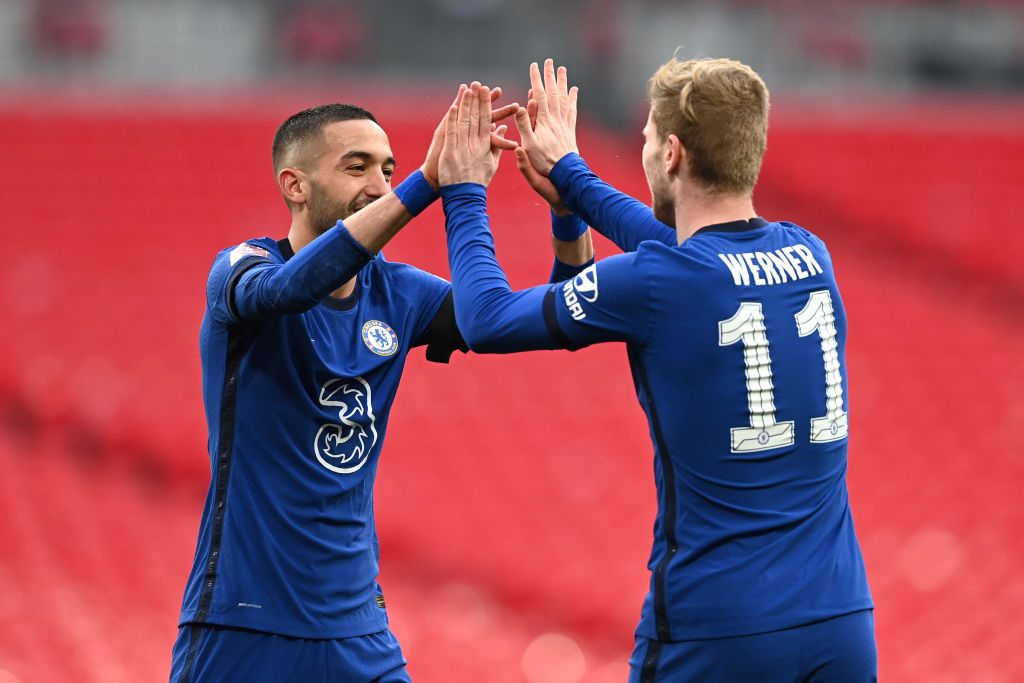 Chelsea stars Hakim Ziyech and Timo Werner are wanted by Barcelona, according to ESPN.

The Catalan giants see the two players as options to improve their stuttering attack, with Xavi eyeing plenty of right-wingers who could bolster his team. Both stars joined Chelsea in 2020 during lockdown.

Werner has become a figure of derision during his time at Stamford Bridge for his poor finishing, while Ziyech has merely struggled to hold down a place. Chelsea would reportedly consider bids for either.

But while Barcelona don’t have a lot of money to spend right now, they do have a player that the west Londoners are interested in.

According to reports, Chelsea have an interest in youngster Gavi, who has rose to prominence at the Camp Nou as a midfielder and on the left of a front three. The La Masia graduate was thought to be not for sale but with Barca in dire straits financially, perhaps they would consider strengthening their team short-term at the expense of letting this long-term prospect leave.

Gavi is one of the brightest stars at the club but with Barcelona overrun with technical diminutive midfielders, they could perhaps afford to let one go.

Barca are also said to be interested in Christian Pulisic, who has struggled for consistency following a £55m move from Borussia Dortmund. Liverpool are keen on the United States international as well – while the Merseysiders are also targeting Mason Mount.

Chelsea are said to be looking at the likes of Aurelien Tchouameni and Federico Chiesa to give more depth to their already stacked squad.

Barcelona's head of physiotherapy leaves the club after 25 years amid…