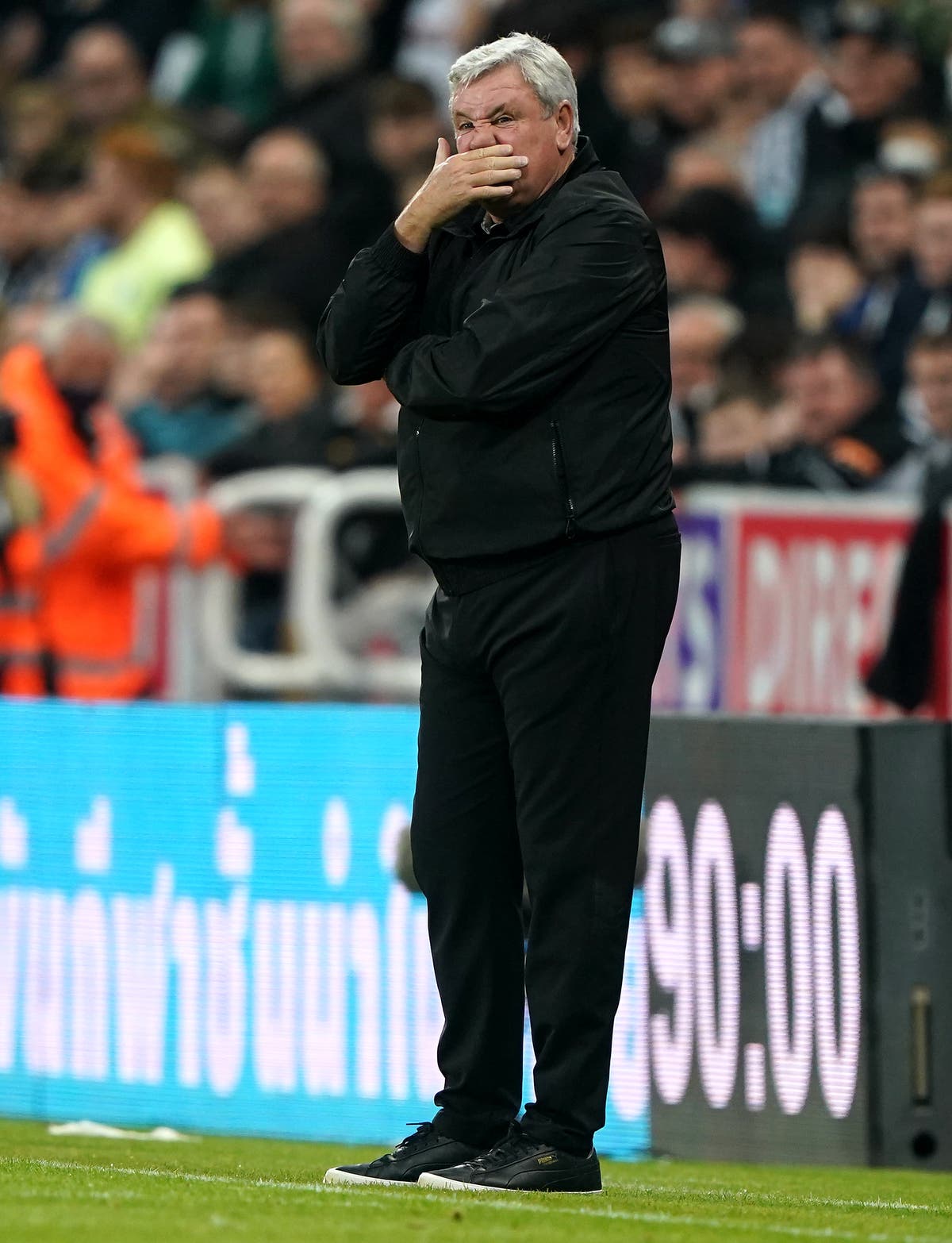 Steve Bruce surveyed the wreckage of Newcastle’s big day and insisted the club could drag itself out of another Premier League relegation hole.

With the Magpies’ new owners at St James’ Park for the first time, Bruce’s side took an early lead over Tottenham but ultimately were outclassed to lose 3-2 – a scoreline which flattered them – to extend their wait for a first league win of the season to eight games.

Asked if the club is in a relegation battle, Bruce, whose future remains the subject of intense speculation, said: “Have we not been in that for five of the last six years? I would think so.

“We’ve been up against it since I picked up the reins. To finish 12th and 13th, I found that very respectable for where we are at the moment.

Asked if he will be in charge for Newcastle’s next match, Bruce added on Sky Sports: “That is for other people to decide.

“If you have not won in seven or eight you come under pressure and that is the Premier League. It is a big league for big boys and I will carry on the best I can until told otherwise.”

Newcastle could hardly have got off to a better start when Callum Wilson, back from a four-game injury lay-off, headed them into a second-minute lead in front of new non-executive chairman Yasir Al-Rumayyan, but the early promise was to prove short-lived.

Tanguy Ndombele levelled with a fine strike within 15 minutes and Harry Kane notched his first in the league this season to put the visitors ahead with the help of a VAR decision.

After a lengthy delay while medics worked to save the life of fan who had been taken ill in the East Stand, Son Heung-min extended Spurs’ lead and, while Eric Dier’s last-gasp own goal prompted a late flurry, there was no way back for the Magpies.

Spurs boss Nuno Espirito Santo said: “We knew the atmosphere was going to be noisy and Newcastle, with everything surrounding the club, were going to come out strongly, but after that, we reacted.

“We conceded a goal, but we reacted really well. We reacted in a calm way in the way we played, the possession, the lines that we created, the gaps and the pockets and we played, in my view, really good football today.”

Events on the pitch were overshadowed by those off it with Spurs defender Sergio Reguilon one of the first to notice something was wrong with a spectator.

The Spaniard spoke to referee Andre Marriner and asked for the game to be stopped, while Dier called for medical assistance from the bench.

Newcastle club doctor Paul Catterson sprinted across the pitch with a defibrillator. After the match, Newcastle confirmed in a statement that the supporter was “stable and responsive in hospital”.

The statement added: “The club would like to thank fans for their swift actions in raising the alarm and praise those who provided immediate chest compressions, as well as thanking the on-site medical professionals who swiftly administered emergency treatment using a defibrillator located close to the incident.”

Reguilon told Sky Sports: “We heard the fans screaming. I saw one guy lying down and I went to the referee and said, ‘We have to stop, we cannot play like this’.

“Now, I think he is okay? That is more important than anything.”

Kane added: “First and foremost we want to say best wishes to the guy in the stands. It was not a good sight to see. It was devastating to see. It wasn’t nice for the fans to see that.

“But we hear he is stable, so we are thankful.”

Bruce was full of praise for the medics who helped the supporter.

He said: “I have to say well done to the supporters who straight away made it pretty obvious there was something happening in the crowd.

“They alerted the players, who immediately responded, like anybody else would. The big thing is that we had a defibrillator and specialists over that side anyway, which has probably saved the man’s life, from what we’re hearing.

“I hope that’s the case. My thoughts are with his family, of course, that he makes a recovery, but all the early indications are that he’s going to okay.”