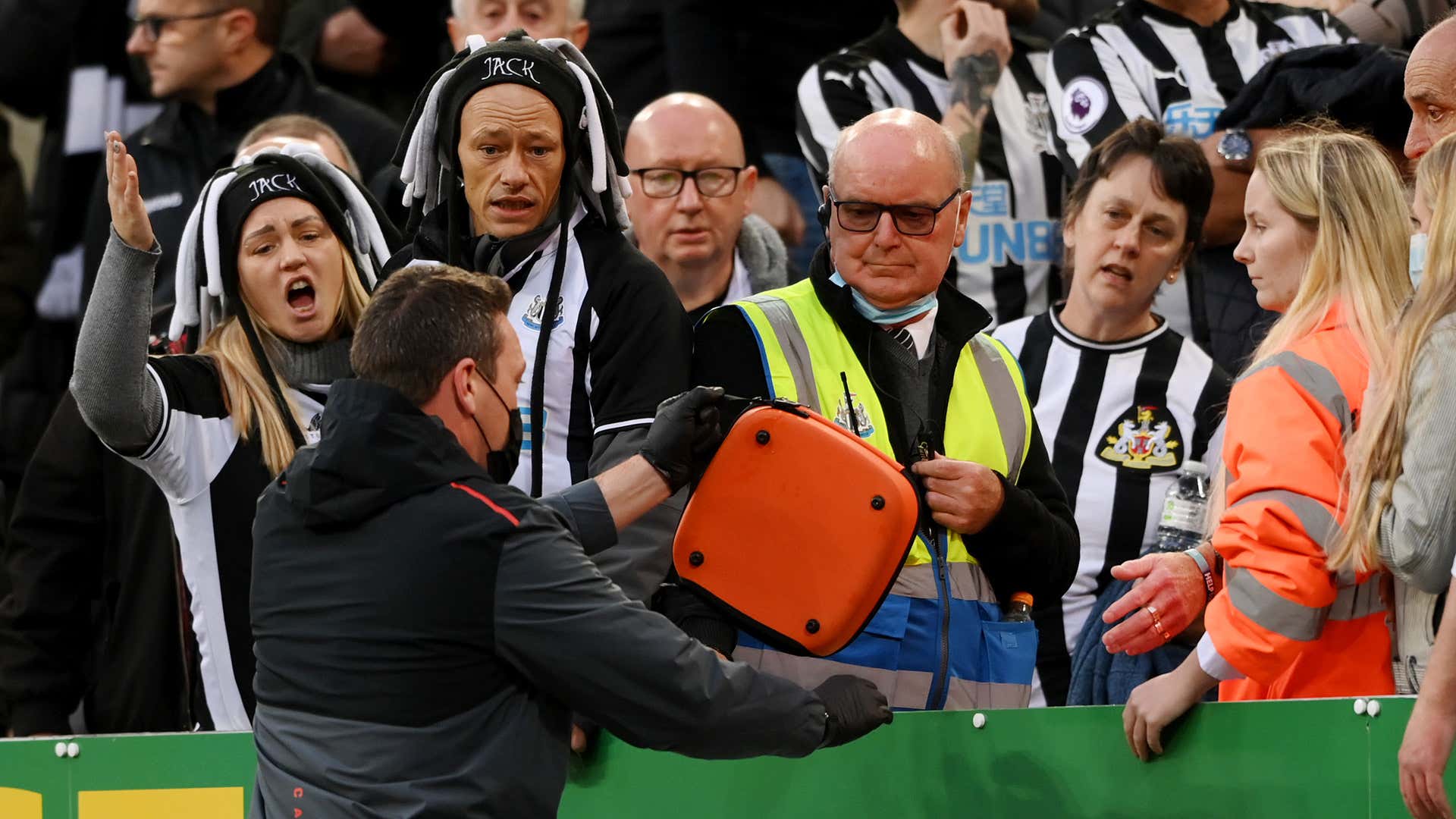 Play was paused by referee Andre Marriner after players flagged his attention to an incident in the stands, with paramedics and medical staff from both teams assisting the supporter in difficulty.

A later update from Newcastle confirmed that the fan had since been stabilised and that they were on their way to hospital, with the Premier League game resumed a little over 20 minutes after it was first halted.

With Tottenham about to take a corner towards the end of the first half, Sergio Reguilon signalled to referee Marriner and directed him towards the East Stand, where paramedics appeared to be responding to an incident.

With the players visibly concerned that something serious was occuring in the stands, medical staff from both teams were then seen running across the pitch to assist.

The referee then removed both sets of players from the pitch as a defibrillator was called for, with a stadium announcement disclosing that there was a “medical emergency in the East Stand”.

After a prolonged period of treatment, Newcastle confirmed that the supporter had been stabilised before being taken to hospital, and the game resumed with seven minutes of additional time added on in the first half.

The supporter who was in need of urgent medical assistance has been stabilised and is on their way to hospital.

Our thoughts are with them. 🖤🤍

Former Newcastle, Spurs and France winger David Ginola, who suffered a cardiac arrest during a charity match in 2016, admitted that it felt “weird” to have been present for the incident.

Ginola also championed the essential need for readily-accessible defibrillators and that knowing how to perform CPR is crucial in everyday life.

“It is vital,” he told Sky Sports. “It is vital, and I hope that the man or the woman is going to be fine. But it brings back some very weird memories.

Ginola added: “This is what saved my life, in the words of the surgeons who operated on me and did a full bypass.

“He said that he had done his job but that he hadn’t saved my life. The one who saves your life is the one next to you on the football pitch. I was dead for twelve minutes.”