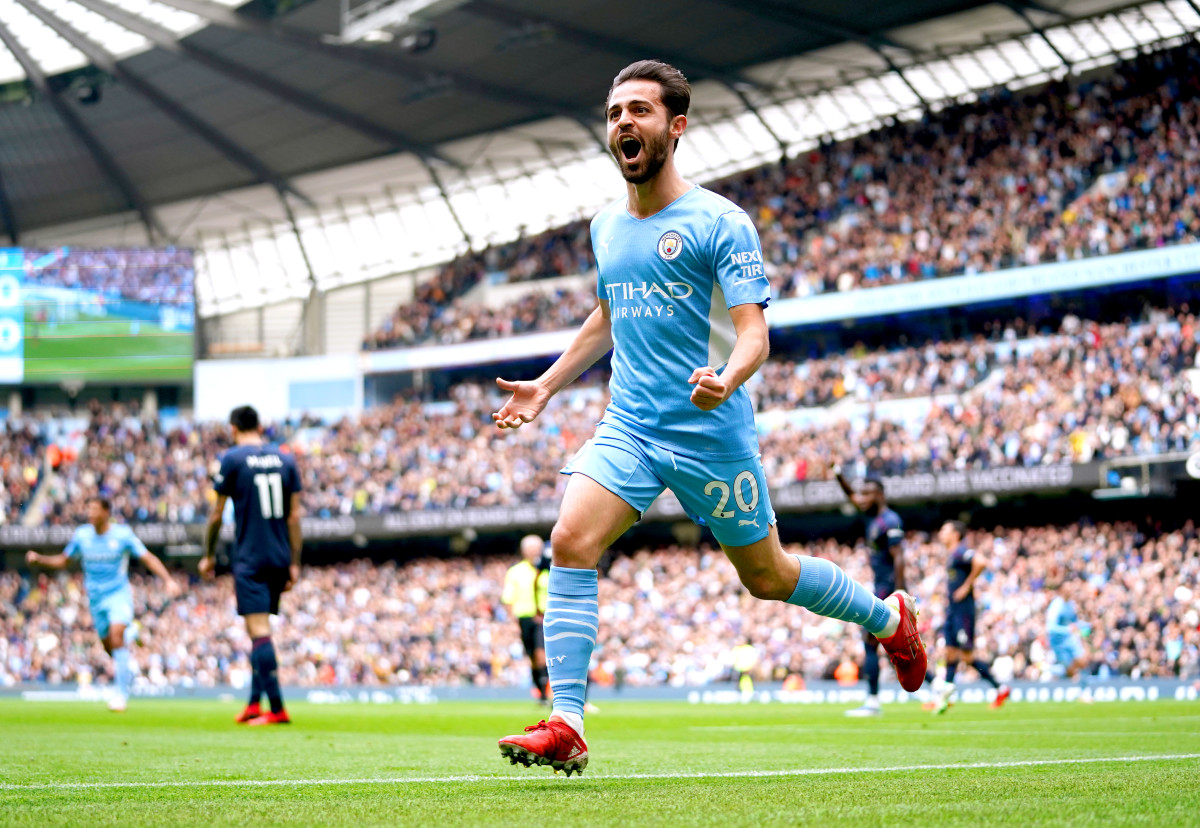 The Sky Blues were far from their best in their league meeting with Lancashire outfit at the Etihad Stadium, but goals from Bernardo Silva and Kevin De Bruyne sealed the points for Pep Guardiola’s side.

Silva, who has been in fine form since the start of the campaign, ran show in midfield for his side against the Clarets.

Despite there being speculation surrounding his future in Manchester this summer, the 27-year-old was once again the best player on the pitch after an eye-catching display against Liverpool at the start of October.

City remain in third place in the Premier League after Liverpool and Chelsea emerged victorious in tricky away tests against Watford and Brentford respectively.

Silva added: “It’s just the beginning; we need to keep going and try to get to the top of the league, try to qualify for the next round of the Champions League, as now we’re third in the group.”

READ MORE: Rodgers ‘in the frame’ to replace Pep Guardiola as City boss

Silva was further quizzed about what it has been like playing alongside fellow Portuguese Joao Cancelo, who has started each of City’s eight league clashes this season.

The former AS Monaco man said: “He (Cancelo) is a very athletic player. He’s a player I’ve known for a long time, since we were 12 years old at Benfica – for seven or eight years, and then we met here. We have good chemistry between each other.

“He (Cancelo) is someone who is very quick, very athletic, very technical as well, and he has a good balance of how to defend and how to attack, and he’s in very good form right now.”