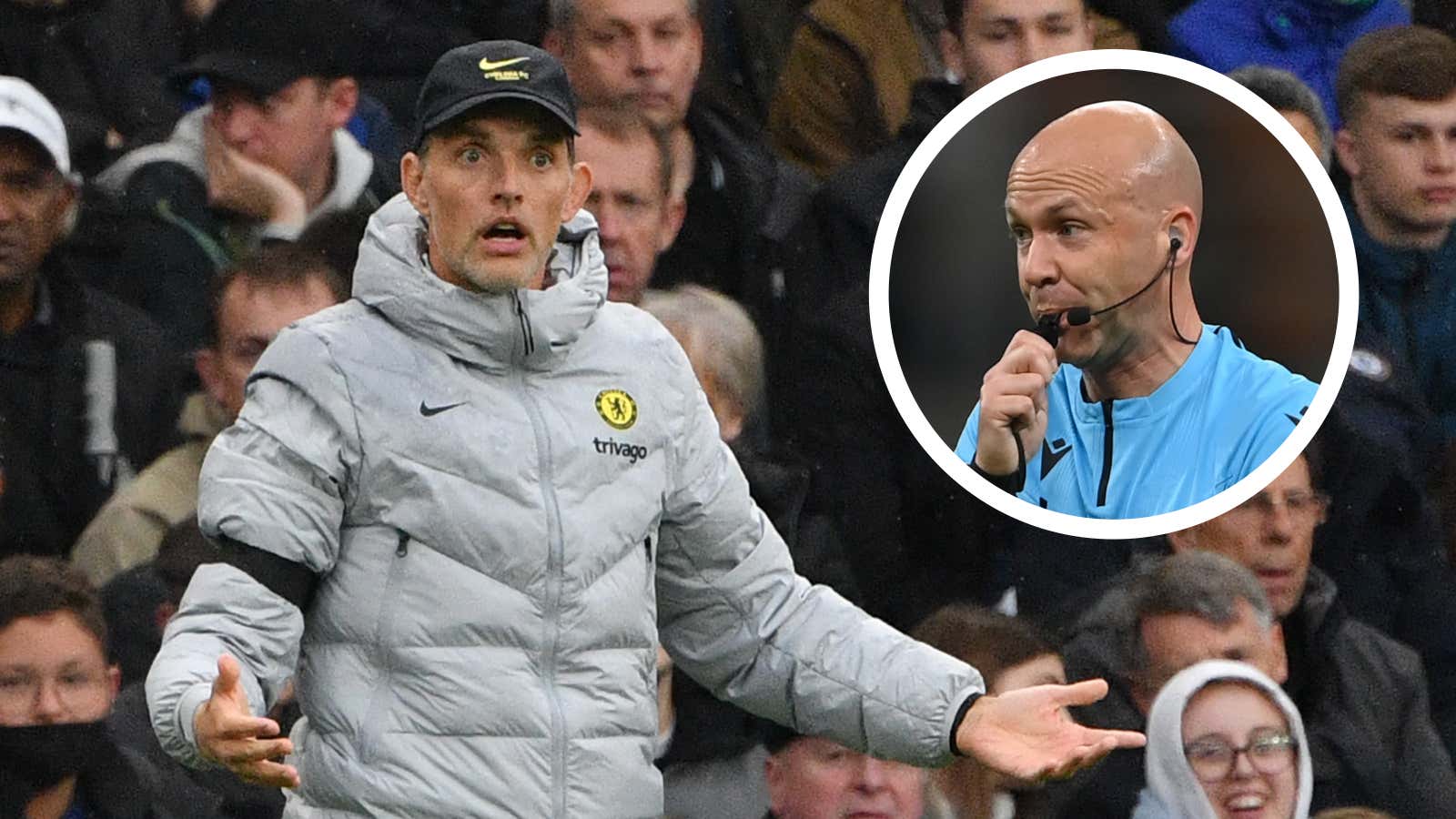 Thomas Tuchel has responded to a recent petition from Chelsea supporters aimed at referee Anthony Taylor, with the Blues boss saying he has no doubts about Taylor’s officiating.

Over 80,000 Chelsea fans signed a petition to stop Taylor from refereeing the club’s matches after several controversial decisions that went against the team, including Reece James’ red card in Chelsea’s 1-1 draw with Liverpool in August.

An Instagram post describing the petition was seemingly liked by Chelsea’s Marcos Alonso, but Tuchel insisted he trusts Taylor going forward as the referee prepares to take charge of Chelsea’s clash with Brentford this weekend.

What did the petition say?

“It is evident that this man has a strong agenda against the institution that is Chelsea FC,” the petition’s description reads. “For example, he has sent off players for no reason and jeopardised our results.

“We strongly believe this should be investigated and Anthony should be banned from officiating Chelsea games.”

“That helped?” he joked when asked about the petition. “I trust in the referees and I trust in Anthony Taylor that he will try to have the best performance tomorrow.

“We in Cobham, here in the club, cannot get lost in the ideas that there’s something behind it. We have to make ourselves free from this and do what we need to do to be able to win this match.

When asked if he had signed the petition, Tuchel laughed and added: “I have not, no.”

Chelsea currently sit atop the Premier League as Tuchel’s side maintain a one-point lead over Manchester City through seven games played.

City are the only team to defeat Chelsea in the Premier League this season, while that draw with Liverpool was the only other match that saw last season’s Champions League winners drop points.