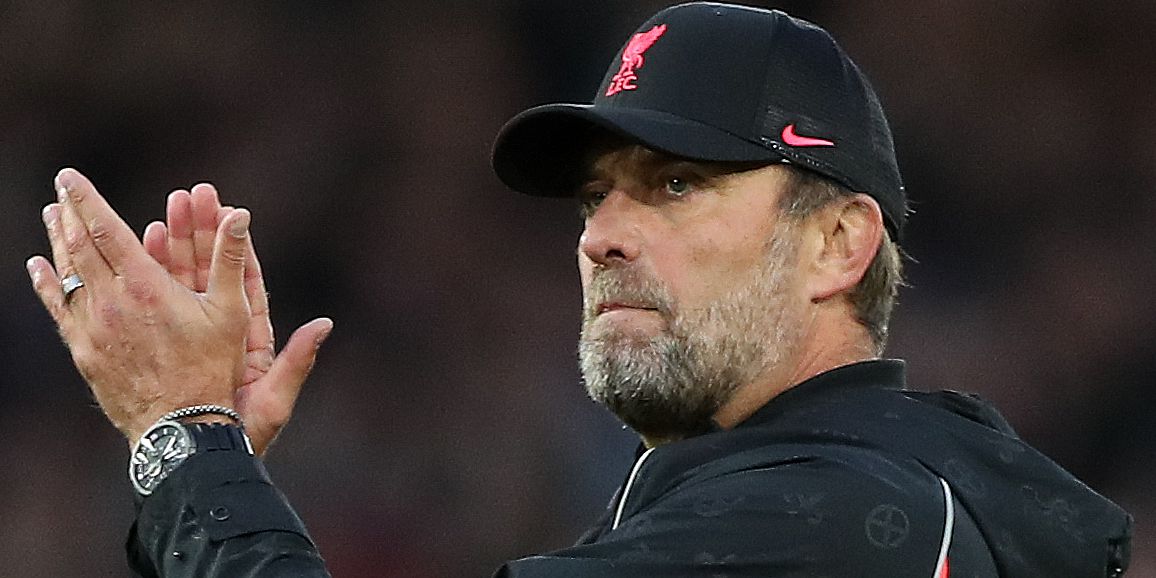 [ This is the lone early match for which Fantrax managers should see confirmed lineups before the Fantrax deadline. ]

Liverpool is still the only EPL team that hasn’t lost, although they drew their previous two games. The Reds have scored the most goals on the season and have yet to be shut out this season. In fact, they’ve been held to a single goal only once (and that was against Chelsea).

Watford, on the other hand, have yet to keep a clean sheet. In other words, I’m betting on Liverpool attackers. Mo Salah is the current top goal scorer, having scored in all games but one. Leave him out at your peril. TAA should be back after missing the last two EPL games. Caoimhin Kelleher may be a differential pick in goal, as Alisson might not be ready to start. Be here in the countdown hour (Fantrax) for confirmed lineups.

Watford: Joshua King is still a slight doubt, not that you’re really looking.

Liverpool: Klopp says Diogo Jota TAA will be available, Thiago has been ruled out. The big news is that Alisson Becker and Fabinho flew to Spain after international duty to await Champions League play in midweek, so both are out this weekend. Caoimhin Kelleher may start in goal.

Aston Villa sits midtable. The Villans look fantastic at times but can’t seem to keep that form consistently. They haven’t lost at home yet. Danny Ings is without a goal in his last five games, and Ollie Watkins scored for only the first time last game.

Wolves sit two places behind Villa, who, after a slow start, have won two straight and seem to have found a working lineup. Two of their three wins have come on the road. Hwang Hee-Chan and Raul Jimenez are becoming a solid partnership. The former scored twice last game, both assisted by his Mexican teammate. Raul scored the game before that as well. He may be starting to get back to his pre-injury form.

Aston Villa: Emiliano Martinez is in the squad, but not certain to start because of international duty. Leon Bailey is still out.

Wolves: Neto is still out.

These are two teams in need of a win. The Foxes have yet to find their form this season and come into the game with a negative goal differential. They have kept only one clean sheet this season, and even Jamie Vardy’s six goals (tied with Mo Salah at the front of the Golden Boot race) haven’t been enough to propel them higher up the table. After a scorching start, United failed to win in their previous two, both at home. Bruno’s missed PK against Villa cost them points, and could signal a shift to that other Portuguese player to take over PK responsibilities. Injuries at the back won’t help this game either.

Leicester: Wilfred Ndidi is ruled out, and Justin James is still weeks away from a return.

Man United: Raphael Varane was injured during international duty and is out. Harry Maguire also probably won’t be fit in time. Victor Lindelof (who has yet to keep a clean sheet when starting) and Eric Bailly (who has yet to play for in the EPL this season) may be starting as the center pairing. Marcus Rashford is close to a return and may be eligible to play.

Pep has started the same lineup for two straight EPL games. They were big games too (Chelsea and Liverpool). City now get lowly Burnley before a mid-week Champions League match, so I expect some lineup changes for this one. Offensively we know Citizens can put up points, but they are also shutting teams down, having conceded only three goals this season, two of those to Liverpool in their last match. Burnley, however, has scored only five goals, making City players on both sides of the ball good options, IF you think they make the starting XI.

Manchester City: Ilkay Gundogan and Oleksandr Zinchenko may be ready. It looks like Jesus’s return from international duty may keep him out, while Fernan Torres is definitely out. This means players like DeBruyne and Foden are more likely to keep their starting spots. Ederson played late on Thursday night for Brazil, and Pep has ruled him out.

The Canaries have yet to find their wings. They are still on just one point, having scored a mere two goals for the season. They are the matchup each week where you should look at the opposing team. This week 6th place Brighton is that team. After a strong start, Brighton tied the last two. Brighton has been solid each and every week, and you can expect the same again. The defense has conceded only five goals on the season (only Liverpool and City have better records), so defenders for BHA are a strong option against the grounded Canaries.

Norwich: Todd Cantwell is a question for Norwich.

This is a big game for two teams sit just above the drop zone with only one win between them. This is also an injury plagued game for both teams! Players you normally would consider are doubts or out. The news here is in the injury lists below, making this game a big question mark for me. Leeds will still attack, so I still expect goals. Maybe.

Southampton: James Ward-Prowse is serving a suspension for his red card. Che Adams also is a major doubt, leaving options limited for the already struggling attack.

Leeds: Most notably, Raphinha started for Brazil on Thursday night (and scored twice), so it seems questionable that he plays, but he hopped right on a chartered plane, so who knows? That’s a big hit to the attack which see Patrick Bamford out as well. To add to their worries, Kalvin Phillips is facing the dreaded late fitness test. With Luke Ayling and Robin Koch already out, Leeds will need some of its other players to step into the shoes of some of their superstars.

Surprise side Brentford welcomes league leading Chelsea. Brentford is not scared of any team but will surely be tested by Chelsea. Brentford has scored two or more goals in three consecutive games, but the Bees now face a Blues’ defense that has conceded only three times all season. Chelsea has five wins out of seven with only a draw (vs Liverpool) and 0-1 loss (to Man City) the only blemishes on that record. Each win has been by two goals or more with four shutouts along the way.

Brentford: Kristoffer Ajer and Vitaly Janelt are back.

Chelsea: Antonio Rudiger is out. It looks like Christian Pulisic is still a doubt. Thiago Silva played a full 90 for Brazil. Romelu Lukaku is back in training and should be fit. Reese James and N’Golo Kante are also pushing for returns.

Everton has lost only once this season. Rafa Benitez has gotten the most out of the players at his disposal and has dealt well with key injuries. The Toffees have three wins out of three at home, scoring two or more in all three games at Goodison Park. The Hammers shot out the gates but have since come back to earth somewhat. They’ve yet to lose on the road but have two losses in their last two games. West Ham is a hit or miss team, especially in the back, with only one clean sheet on the season but also shut out only once all season. I’m expecting some goals in this one.

Newcastle’s new owner may be too recent to right the ship at this moment, as the winter transfer window is a still a few months away. The Magpies sit 19th without a win and with the worst goals-against record in the league (tied with Norwich). They have scored in all games but one, and have conceded in each game. All this means that Spurs find themselves with a good matchup at a time they need a win. They stopped their three game loss streak with a win over Villa, and a win here would be a much needed boost. Harry Kane has yet to find his scoring touch.

Newcastle: Callum Wilson are Jamaal Lascelles back in training and may be ready to play.

Tottenham: Ben Davies, Matt Doherty, and Steven Bergwijn are out.

The Gunners are unbeaten in their last four and have conceded only once during that stretch. Arteta has seemingly found the core of a lineup that is working, with an unchanged back line in during this stretch. While the defense has looked better, the Gunners have scored just five times all season, with three of those coming in one game. Crystal Palace has the most draws of any team this season with four while only winning once. They are not easy to play.

Crystal Palace: Eberechi Eze is on the road to recovery.

What late moves are you thinking on? Do you see any late news? Please share in the comments below, and be here during the countdown hour for last-minute tinkering!