Flawed FIFA 22 ratings and shock Ballon d’Or snubs: Women’s football being let down by those claiming to celebrate it 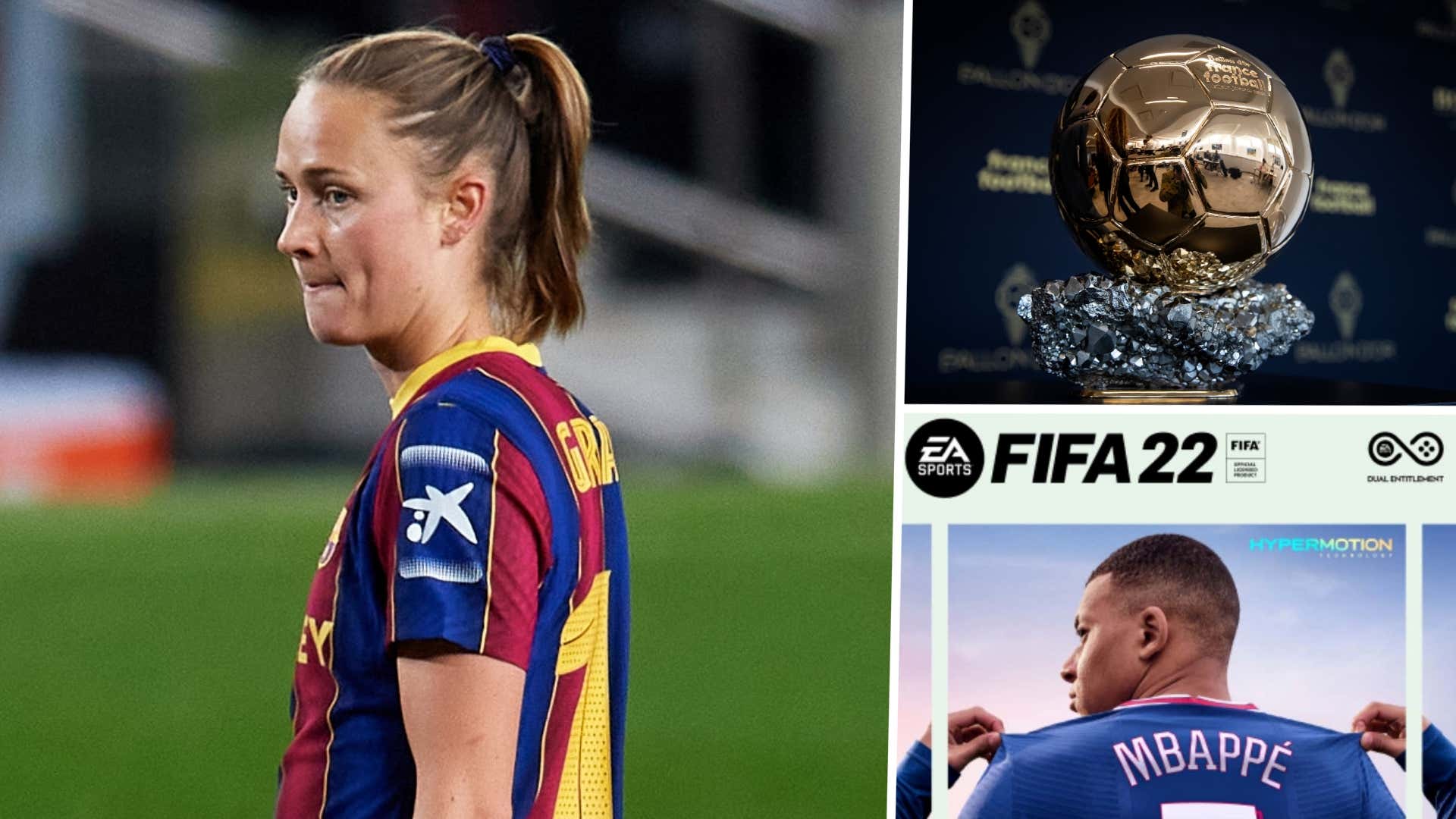 It is not often that you see a player feels the need to post a message on social media having been overlooked for the Ballon d’Or shortlist.

But on Friday, that is what Caroline Graham Hansen did.

After her 31 direct goal contributions in 38 games since the start of 2021 helped Barcelona win the treble last season, the Norway international was expected by many to be a front-runner for the biggest prize individual award in the game.

And yet, when the 20 nominees for this year’s award were unveiled by France Football, she was nowhere to be seen.

“To everyone who is wondering. It’s all good,” Graham Hansen wrote on Twitter. “We won the treble and we are working our asses off to achieve this again. All that matters and the only thing that matters.”

That Graham Hansen felt the need to post such a message highlights the sheer volume of notifications she was receiving because of people’s reactions.

And she was not the only eyebrow-raising omission, either.

Barca team-mate Aitana Bonmati, Player of the Match in the Women’s Champions League final, was not there. Nor was Mapi Leon, the team’s commanding centre-back.

Kosovare Asllani scored 16 goals last season to help Real Madrid finish second in the Spanish league and qualify for the UWCL for the first time. She then starred at the Tokyo Olympics as Sweden won silver. She was not on the list.

This was not just about players in Spain, either.

Bayern Munich reached the semi-finals of the Champions League last season, and were less than 90 minutes from the final until Chelsea fought back. They also won the Frauen-Bundesliga for the first time in five years.

However, they do not have a single representative on the list. That is despite Bayern boasting some of Germany’s star names as well as a player in Hanna Glas who also picked up an Olympic silver medal after a superb season with her club.

Nit-picking at award shortlists can feel like a waste of energy at times. After all, as Graham Hansen points out, she won the treble, and while individual awards are nice for players, when they outline what their goals are, team accolades come first.

Nonetheless, these omissions show that the people in charge of these decisions either do not know, or do not care, enough about women’s football.

For those that do not know, that can stem from an issue of visibility.

While it is relatively easy to turn on the television in most countries and watch any of the best men’s leagues in the world, it is not the same on the women’s side.

There are issues around the centralising of rights in the league in Spain, for example, while the league in Germany is predominantly only available to a domestic audience.

This does not just deny players a chance at an award, but it denies fans around the world the chance to see these top players in action, which in turn denies the game a chance to grow.

There is also, however, the case of people just not putting the same thought and care in as they would on the men’s side – and this year’s Ballon d’Or shortlist is not an isolated case of women’s football being let down.

When the FIFA 22 ratings were revealed recently, the top comment under the tweet of the best 22 women’s players in the game simply read: “Where’s Alexia Putellas? The best player in Europe? Where?”

Putellas had just been crowned UEFA’s Player of the Year after starring for the all-conquering Barcelona side, yet does not feature among the video game’s very best.

When asked by Goal about their women’s ratings, EA Sports declined to comment, but it’s known that a team of nearly 500 people ensure player data is up to date in the FIFA games, with over 6,000 others from all over the globe providing further alterations and suggestions.

How much that team looks at the women’s side, or whether there is a separate team that does, is unknown, but that the game appears to have undervalued the most outstanding female footballer of the past 12 months certainly raises questions.

For all the uproar that comes with these incidents, though, there is always a feeling of simply not being surprised. It was only in 2019 when Megan Rapinoe swept the main individual awards thanks to her World Cup exploits, despite making just four starts for her club all year.

Two years earlier, Venezuelan teenager Deyna Castellanos was nominated for The Best FIFA Women’s Player, despite having never played professionally or for the senior national team. The nomination came largely thanks to an incredible goal scored from the halfway line in the Under-17 Women’s World Cup, which went viral and was nominated for the Puskas Award.

“The award just doesn’t hold a lot of weight when you’ve got someone on the list I’ve never heard of,” Rapinoe said at the time. “It signals to us, and it signals to the rest of the world that FIFA doesn’t really care.”

Until visibility improves, these cases will continue to pile up. Once again in 2021, the Ballon d’Or Feminin features nominees who have been thrust into contention because they performed well on the biggest, but shortest, stage of the year.

That is absolutely not a slight on those players, nor should they be subject to, or singled out for, any criticism. After all, part of the reason they are on the list for their performances at the biggest sports event in the world, the Olympic Games. They do deserve praise for that.

It is certainly a shame, however, that once again there will be players during the award season who have performed at the highest level all year round, and with the trophies and stats to prove it, who will be overlooked simply because that excellence is being ignored.

That ignorance might be totally innocent, but it is still ignorance, and the women’s game deserves better.

Kick it off with FIFA 22