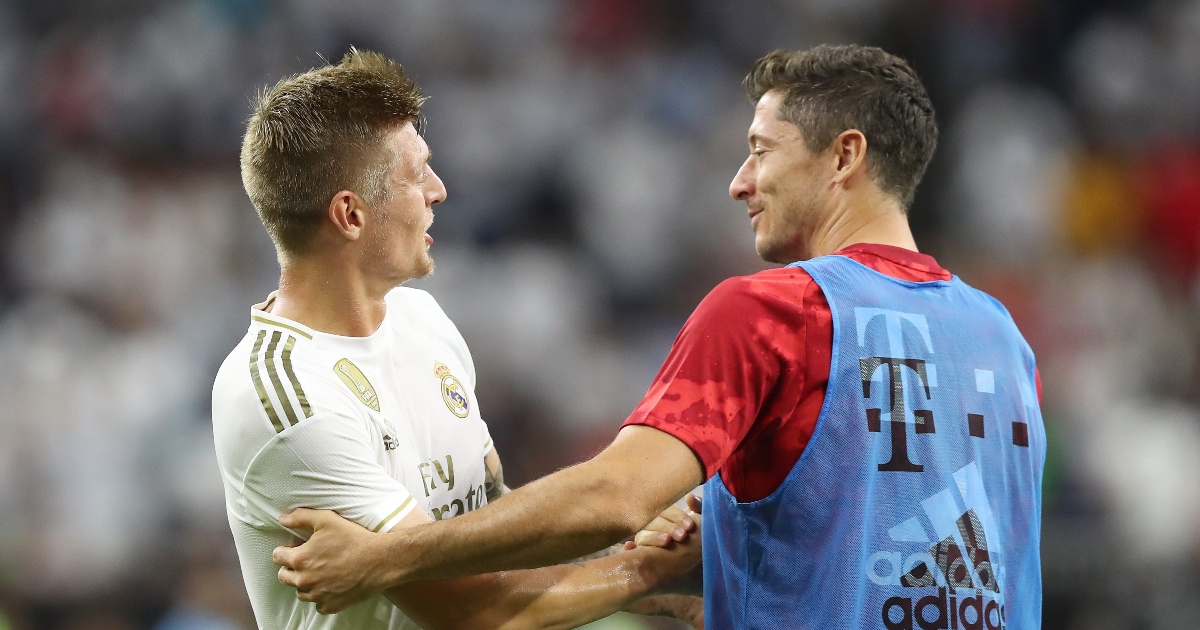 The agent of a world-class player believes a move to Man City could be on the cards in the summer of 2022.

The reigning Premier League champions opted to improve their creativity in attacking areas during the recent transfer window. England international Jack Grealish was signed from Aston Villa for a British record £100million.

He was Pep Guardiola’s only big-name arrival. Man City also looked to the future with the £9m capture of Brazilian wonderkid Kayky.

The Manchester club still have plenty of money in the bank thanks to their wealthy owners. United Arab Emirates official Sheikh Mansour is worth an astonishing £23.3bn, although he is no longer the league’s richest owner.

A striker could be their next signing. Club legend Sergio Aguero left for Barcelona following the expiry of his contract.

Their striker search has now taken them to Bayern Munich ace Robert Lewandowski. The Poland international is arguably the best goalscorer in the world right now, having notched 13 goals in just ten appearances this season.

German outlet Bild provide a promising report on his future. They claim that Lewandowski’s agent, Pini Zahavi, considers the Etihad to be a ‘potential destination’ for the 33-year-old next summer.

Guardiola’s side are firmly in the running to sign him from Bayern. The centre-forward’s contract at the Allianz Arena expires in June 2023.

That means the German titans will have to sell next year to prevent the risk of him leaving for free, should an extension fail to be agreed.

There are other options available to City if Lewandowski decides to stay put. Dortmund star Erling Haaland will be available for £68m in June thanks to his release clause.

Dusan Vlahovic of Fiorentina may also be up for grabs after rejecting the offer of a new deal.

The Citizens could soon tie down one of their most important players. The Athletic report that negotiations over Phil Foden’s contract extension are progressing.

It could be announced in the next few weeks. Transfer guru Fabrizio Romano claims that the terms will last until 2027.

Guardiola supposedly wants Foden to be a key star over the next few years. The Englishman came through City’s academy before making his first-team debut in November 2017.

He has since made 130 appearances in all competitions and scored 33 goals. The playmaker is expected to feature against Burnley at the weekend.