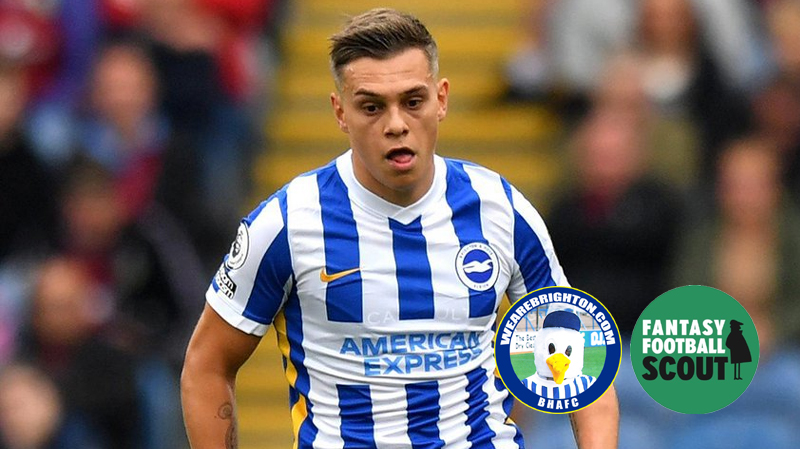 Brighton continued their excellent start to the 20201-22 season by drawing with Arsenal in gameweek seven and although they could not find a way past a mean Gunners defence, a trip to Norwich City is exactly the sort of trip which can provide FPL returns for the Albion’s forwards.

Let us start though by taking a quick look at the Seagulls’ defence. A third clean sheet of the season in the 0-0 draw against the Gunners highlighted that the Brighton back line is nearly as worthy to FPL managers as the Albion’s forwards.

Over the last two gameweeks, Brighton had an expected goals conceded (xGC) of 1.62 – only Manchester City and Leicester City were backed to concede fewer goals over that period, which looks promising for future returns.

Norwich meanwhile have only scored twice so far in the Premier League this season. They rank second-last for goal attempts with 71 and are also second-last for minutes-per-goal-attempt, registering one every 9.3 minutes. This bodes well for Brighton’s defensive returns this weekend.

However, alongside maintaining their investments in the Brighton defence, managers should be looking towards their attacking assets.

Over the last two Gameweeks, Brighton are fifth across the division for attempts with 29, averaging a chance every 6.6 minutes.

WAB September Player of the Month Neal Maupay (£6.5 million) has registered five attempts during these – two inside the box and one big chance.
That puts the Brighton striker level with Cristiano Ronaldo (£12.6 million) as well as popular FPL forwards like Ivan Toney (£6.3 million), Raul Jimenez (£7.5 million) and Romelu Lukaku (£11.7 million).

Likewise, Leandro Trossard (£6.4 million) has registered seven attempts over two gameweeks. That is only three less than the league-leading ten of Said Benramha (£6.6 million) and Mason Greenwood (£7.6 million) and level with the likes of Heung-Min Son (£10.1 million) and Bruno Fernandes (£11.8 million).

Norwich have conceded 35 shots on target. Just The Leeds United and Newcastle United have conceded more, with only the Magpies registering a higher xGC than their 13.53. This will surely excite owners of Maupay and Trossard.

Captain Fantastic
Many FPL managers would have had Chelsea’s Lukaku earmarked for the captain’s armband this week with a favourable fixture at Brentford.

However, after three consecutive blanks as well as him leaving the Belgium camp early with muscle fatigue, some may look elsewhere.

Mohamed Salah’s (£12.7 million) biggest ever points return came against this week’s opponents Watford in the 2017-18 season where he managed an incredible 29 points. He has also registered two further double-digit hauls against the Hornets.

Tottenham’s Son could also be a great differential captain this week against a Newcastle side who are yet to keep a clean sheet, have conceded the most goals so far and have allowed 38 shots on target – only Leeds top this.