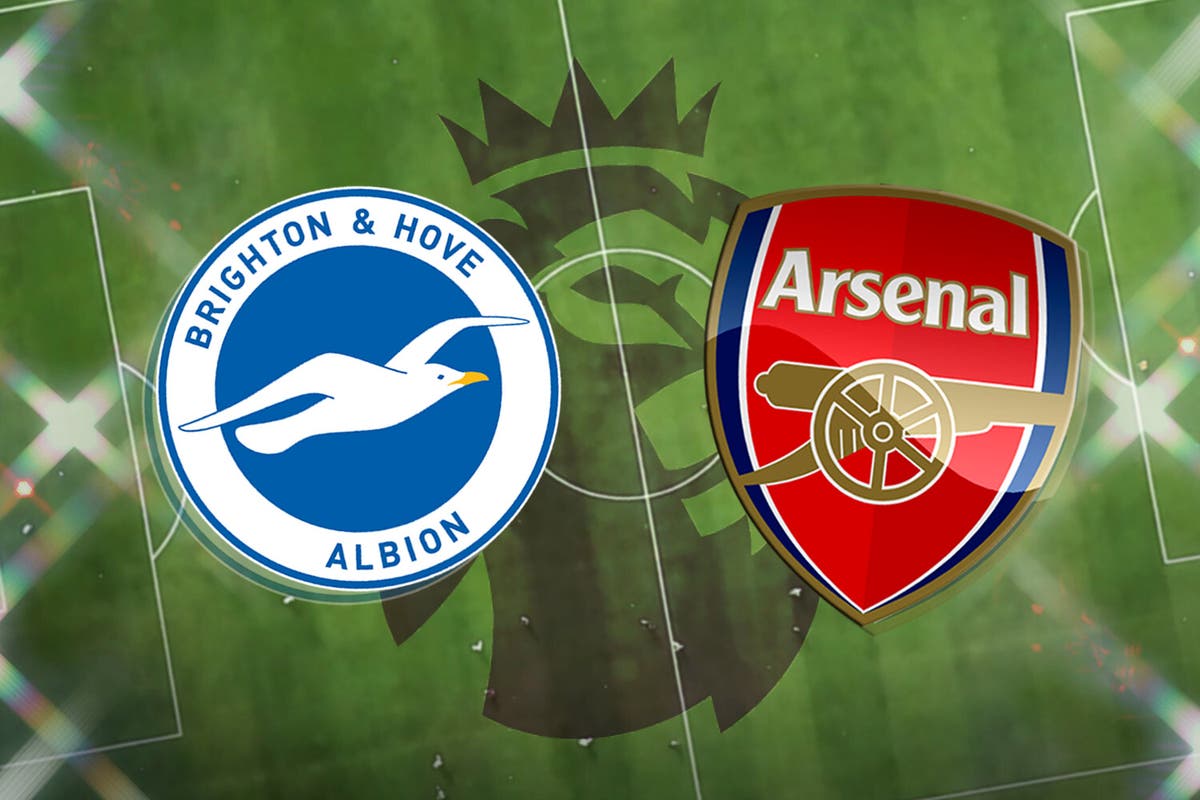 Arsenal are out to build on their terrific north London derby victory as they travel to face Brighton this evening.

After a disastrous start to the season, when they lost their opening three league games, Mikel Arteta’s side appear to have turned a corner, winning three on the spin, culminating in last weekend’s 3-1 thumping of Tottenham at the Emirates.

That victory did come at some cost, however, with midfielder Granit Xhaka picking up a knee injury that is expected to rule him out for three months, which could prompt Arteta into a tactical rejig at the Amex.

In wait are a Brighton side who had chance to go top of the Premier League when they faced rivals Crystal Palace at Selhurst Park on Monday night, but in the end they needed a late equaliser from Neal Maupay to rescue a point.

You can follow all the action LIVE with our blog below…

58 mins: Thomas Partey’s a wonderful footballer but he cannot shoot. Not for the first time tonight, he relieves all the pressure by hammering miles high and miles wide from long range.

Simon Collings is at the Amex

It’s not often you saw it but Martin Odegaard has been poor today. He’s not really got into the game and you wonder if Arteta may change it. Perhaps Pepe on and Smith Rowe through the middle?

53 mins: Lokonga’s not really had much of an impact on his return to the starting XI, but he takes this on and drives forward before firing waywardly into the crowd.

49 mins: Well, Arsenal have at least started a little more positively here, enjoying most of the possession and territory in these early minutes but Brighton still create the first opening of note as Moder curls a few yards wide from the edge of the box.

We are back up and running…

Right then, the teams are just on their way back out for the second half.

Will Brighton rue not taking advantage of that spell of prolonged pressure?

45 mins: Having said Arsenal need half-time, they’ve actually finished with a bit of a flourish here.

Smith Rowe bends a delicious ball into the middle but Aubameyang is expecting Dunk to get something on it and when the ball goes through the Brighton man he’s on his heels and can’t react in time. Gamble, son.

41 mins: Much more like it. Smith Rowe’s terrific turn opens up the pitch for Arsenal and Saka and Odegaard combine before the ball breaks to Partey on the edge.

Sanchez is rooted to the spot as he curls round a defender but it’s wide of the post.

40 mins: Arsenal just cannot get out at the moment. They need half-time.