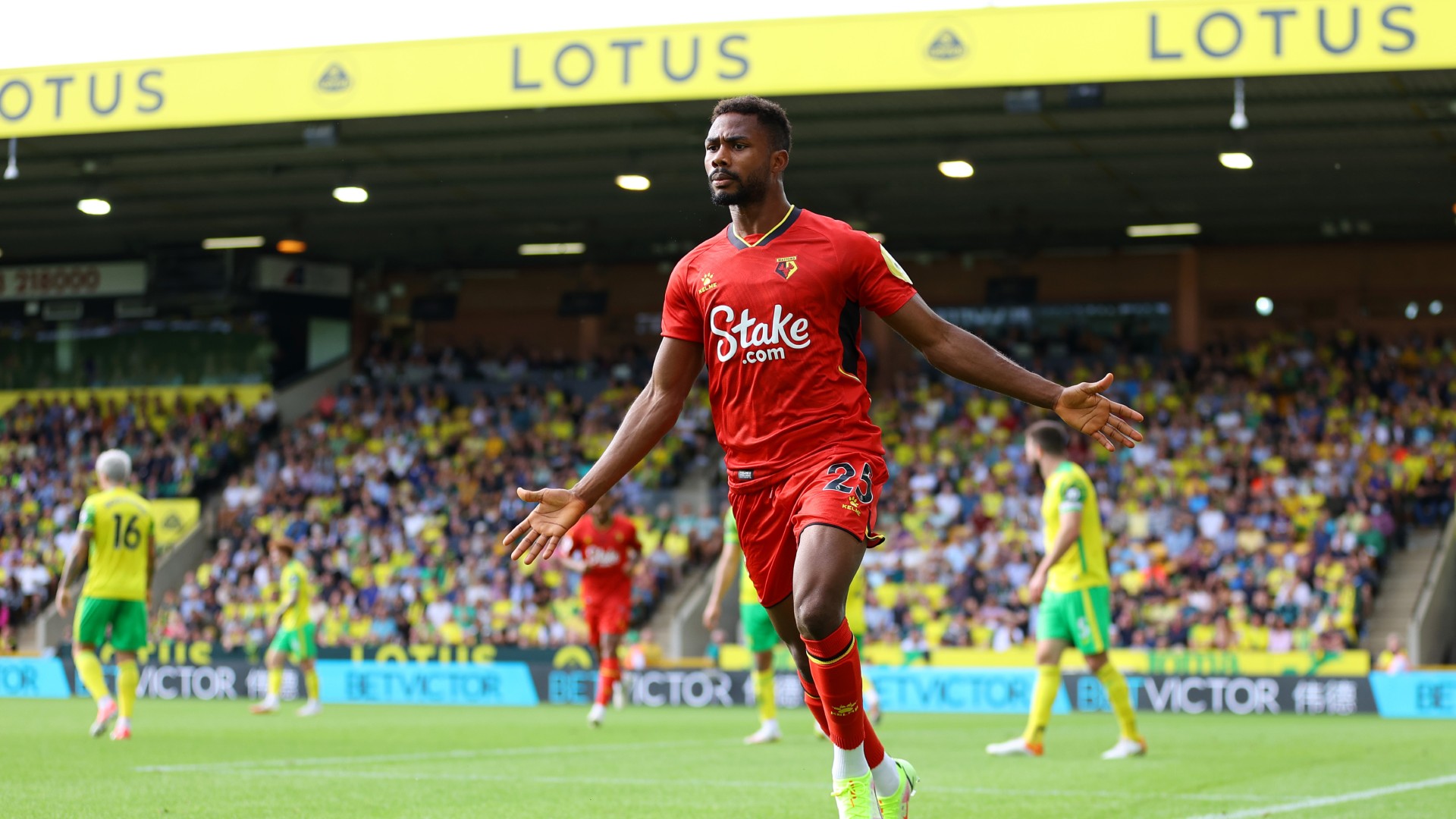 Michel Ngonge has advised his former club Watford not to expect Emmanuel Dennis to fill Troy Deeney’s void after his impressive start to the season.

The former DR Congo international who played for the Hornets between 1998 and 2000, thinks Dennis ‘is not a great goalscorer’ unlike Deeney who scored 140 goals for the club during his 11-year stint at Vicarage Road.

Following his permanent switch from Club Brugge in June, Dennis heralded his presence in the Premier League with two goals in five matches so far but Ngonge suggested that he has not adapted fully to life in England yet.

“I watched Watford’s first game when Dennis scored and then saw the results of the other games,” Ngonge told Watford Observer. “It’s nice for a player to mark his debut in a great competition like the Premier League with a goal, but one should never forget that it can take up to two, three months to adjust to the physicality of this competition.

“Dennis needs to get used to the pace of the league, which is not easy, and carry on. But his teammates need to help him also.

“That said, Watford should not expect him to replace Troy Deeney because Dennis isn’t a great goalscorer. In Bruges he played as a deep-lying centre-forward on the right side. For me, that’s his best position.”

In addition to his two goals, the 23-year-old also contributed an assist and Ngonge has backed him to play a key role in helping Watford maintain their top-flight status in this campaign.

“Dennis is a creative player and a bit crazy on the pitch,” he continued.

“When I say that he’s crazy I mean that he is instinctive and is a great dribbler. He is young, quick and a player with an enormous amount of talent. I am sure that he will do well with his qualities and keep Watford in the Premier League.”

Watford are currently 11th in the Premier League table with six points after five matches, and they face Stoke City on Tuesday for their League Cup fixture.