Following their victory over Central Michigan, LSU is getting ready to finally open SEC play. They draw Mississippi State on Saturday, followed by a home game against Auburn. Then it is back on the road against Kentucky. Each team is ranked in the top 40 of USA TODAY Sports re-rank.

Paul Myerberg is back with his weekly re-rank of all 130 FBS teams, the Tigers fall five spots despite their 28-point victory over Central Michigan. Teams that lost matchups to ranked opponents actually rose in the ranking.

Tiger Up, Tiger Down: Which LSU players stood out on Saturday 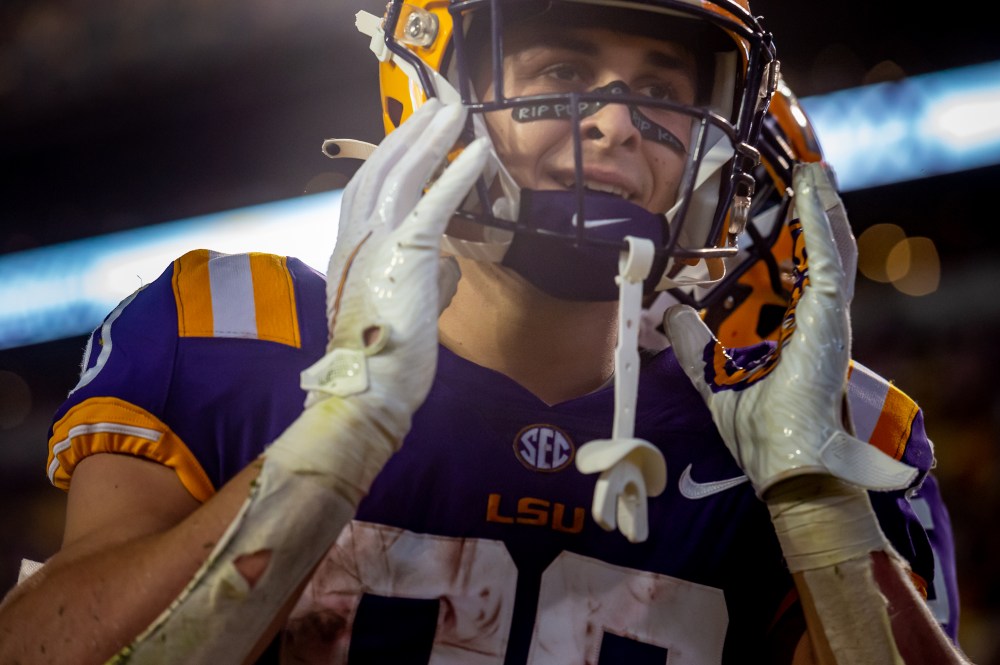 SEC teams in the re-rank

Of the 130 teams in FBS, the SEC has nine teams in the top 40 of the rankings. The Bulldogs barely making the cut after falling four spots in their loss to Memphis this past weekend.

Stream college football games from the SEC, Big 12, The American, and more on ESPN+