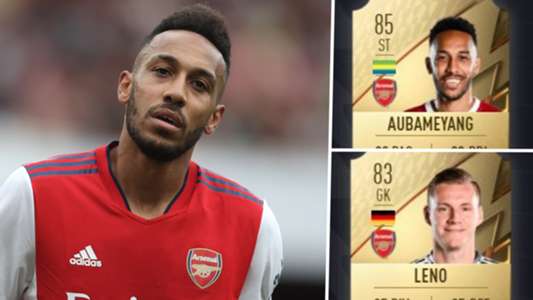 The 2020-21 season was another disappointing one for Arsenal, but if there was a positive to take away, it was the influx of youth players moving up to the first-team set-up at the Emirates.

The likes of Bukayo Saka, Gabriel Martinelli and Emile Smith Rowe have risen through the ranks, joining stars like Pierre Emerick-Auabameyang, Thomas Partey and Alexandre Lacazette as gold cards in FIFA 22’s version of Ultimate Team.

So, what are the Gunners stars’ player ratings in FIFA 22? Ahead of the game’s release on October 1, Goal has everything you need to know about how the players have been scored.

Aubemeyang is, unsurprisingly, Arsenal’s highest-rated player, as the pacey forward checks in with an 85-rated card.

Just behind him is the duo of Bernd Leno and Partey at 83, while Lacazette and Martin Odegaard bag 82s after the latter completed a permanent move to the club this summer.

Saka, one of the club’s young stars, has been awarded an 80-rated card, while Martinelli and Smith Rowe both check in at 76. Ainsley Maitland-Niles, meanwhile, is a 75 with big summer signing Ben White earning a 76-rated card.