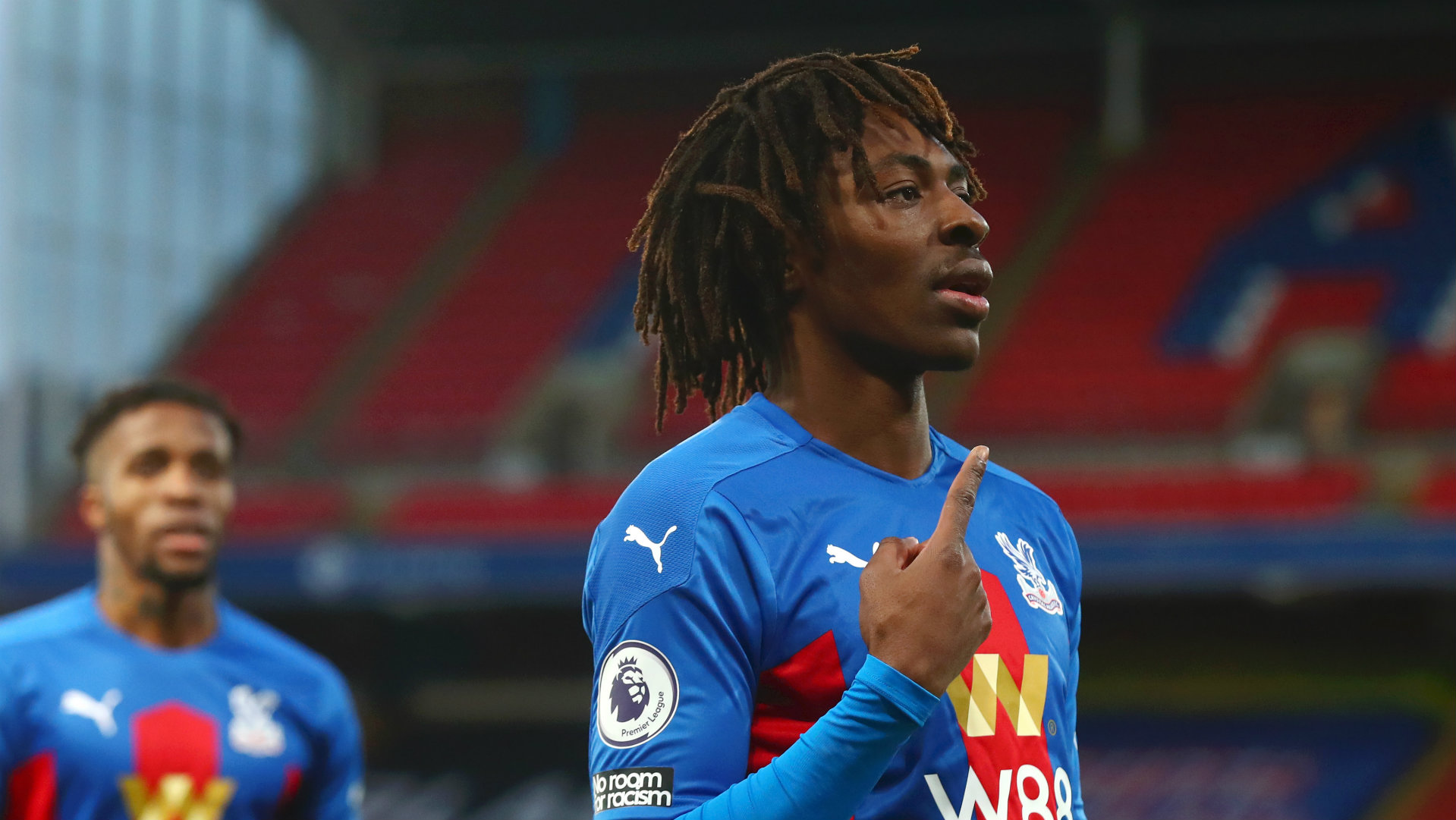 Eberechi Eze is anticipating a ‘beautiful experience’ when he recovers fully from Achilles injury and returns to action for Crystal Palace.

The Anglo-Nigerian picked up the injury during a training session in May which abruptly ended his debut campaign, and he is yet to know when he will play in Patrick Vieira’s team this season.

His last competitive appearance was in a Premier League game against Aston Villa on May 16 when he provided an assist in their 3-2 victory.

Eze is yet to play in front of Crystal Palace fans since his permanent switch from QPR in August 2020, however, he is already dreaming of the atmosphere with the club faithful which he sees as another debut outing for the Eagles.

“It’s an exciting time to be a Palace fan, to be at Palace. I believe anything is possible. The players we’ve got right now and the way we played at the weekend [v Tottenham Hotspur] was proof this works. If we take it game by game we could end up wherever,” Eze told Premier League Productions, per the club’s website.

“It’s a brilliant time for me; I’m just – again, I don’t want to rush, to put pressure on myself – but the day I come back is going to be beautiful for me. A beautiful experience stepping out with the fans. I haven’t experienced all the fans before. It’s going to be like my debut all over again. Amazing.”

Crystal Palace have won just one of their five opening games of the season, which was a 3-0 win over Tottenham Hotspur on September 11.

Despite suffering 3-0 defeats to Liverpool and Chelsea, Eze disclosed that he is enjoying his teammates’ performance as they occupy the 14th spot in the league table with five points from five games.

“You’re sitting on the side and the worst thing is you’re thinking of positions you’d be picking up the ball and stuff like that,” he continued. So it’s dangerous to go too far into that because you start to rush yourself and put pressure on yourself.

“For me, I’m just enjoying watching the team right now because they’re playing so well and they’re doing exactly what I would have hoped in this team. It’s great to watch that and, seeing that, I just can’t wait to get back and to join them.”