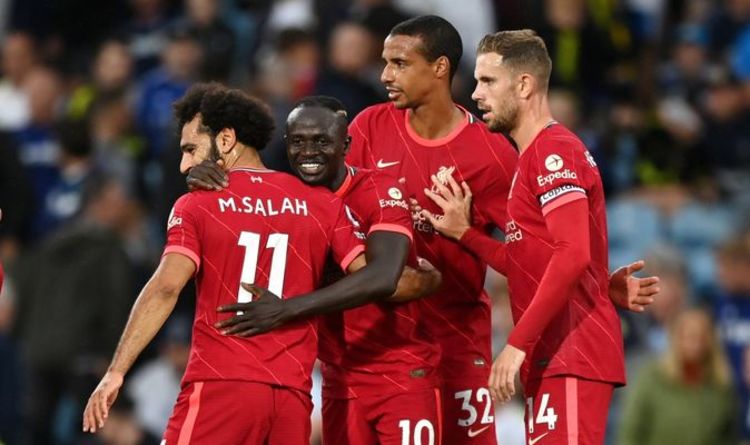 The Fantasy Premier League season continues this Friday, with some of the top clubs set for mouthwatering clashes over the weekend. Liverpool are faced with what appears to be a straightforward home game against Crystal Palace on Saturday. Jurgen Klopp’s side put nine goals past the Eagles in their two matches last season.

Meanwhile, Manchester City host Southampton after already racking up 10 goals in their two games at the Etihad Stadium this campaign.

Express Sport takes a look at four players FPL managers should look to have in their team this weekend.

Mohamed Salah appears to be a strong captaincy option for his side’s clash at Anfield.

The Egypt forward has already racked up five attacking returns this season and faces a Palace side who usually struggle away from home.

With a plethora of FPL managers likely to hand Salah the armband, it would be a very dangerous move to exclude him from your team.

Anyone who has played FPL in the last few years will know how frustrating it is to own Manchester City assets.

However much potential City players have to haul on a weekly basis, there is always the risk that they will fall foul of Pep Guardiola’s unforgiving rotation policy.

Apart from keeper Ederson, Dias is as close as you will get to finding a nailed-on City starter.

After joining the club from Benfica last September, Dias only missed four of City’s Premier League matches all season.

The Citizens have only conceded one goal this season and Dias also grabbed an assist in his side’s 5-0 win over Norwich.

Marcos Alonso has impressed in Chelsea’s opening four games of the season and is currently keeping England international Ben Chilwell out of the side.

But Thomas Tuchel is also a man who likes to rotate so the inclusion of Alonso does come with a risk.

Some defenders have the potential to score huge points for a fraction of the price of their attacking team-mates – and Alonso is one man who can do exactly that.

The Spaniard has a staggering 44 attacking returns in his last eight FPL seasons and certainly knows where the back of the net is.

If Chelsea can continue their impressive defensive form across the capital, it could be a good day at the office for Alonso’s owners on Sunday.

Why £4.0m FPL goalkeeper Foster started for Watford in Gameweek 5

Who is the best FPL captain for Gameweek 6? Vote now

Manchester United might have had a turning point in Premier…